The defending FIFA World Cup Champions from France have reached the semifinal, where they'll take on the first African team to ever reach the semis - Morocco. Whenever anyone talks about the French squad, they undoubtedly mention the dominant attack, featuring the likes of Olivier Giroud, Ousmane Dembele, and Kylian Mbappe. France has been one of the highest-scoring nations at the 2022 FIFA World Cup in Qatar, but it's the team's captain that has had just as much to do with their advancement to the semifinal as their goal scorers.

Hugo Lloris, the 35-year-old goalkeeper for Les Bleus, has been a stalwart of the rear guard in the French national team for more than a decade. He was first called up to the senior squad in 2008, taking the captain's armband in 2010. Since then, his name has usually been among the first to be listed on the team sheet whenever a starting XI is named. His appearance against England in the quarterfinal coincided with him becoming the most-capped French International player, surpassing Lillian Thuram. It has been a tournament of little fanfare for Lloris, which is in line with the reputation the low-key athletic backstop has cultivated throughout his career.

The Road to Qatar 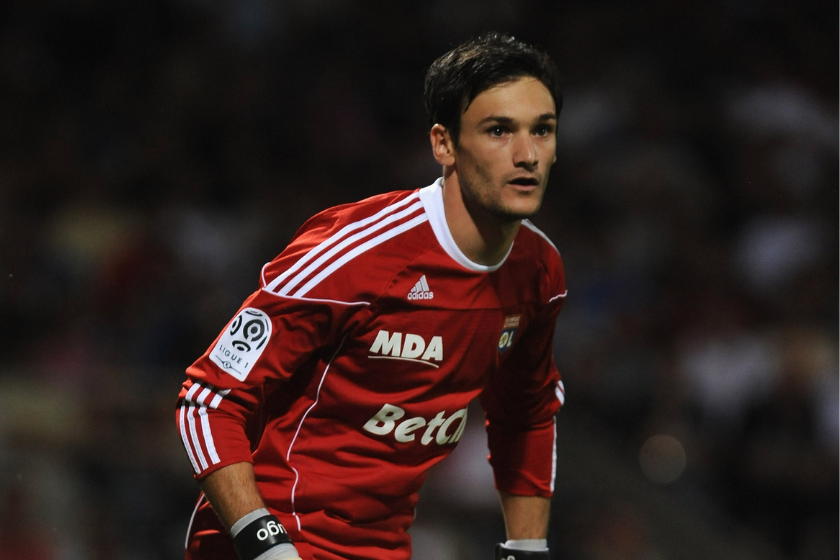 RELATED: Can Dibu Martínez Save Argentina's Chance for a World Cup Trophy?

Hugo Lloris wasn't always a goalkeeper. He began playing when he was only six years old and had tried several different outfield positions initially. It didn't take long for coaches to notice some qualities needed to be a top class goalkeeper, and it wasn't long before he turned his focus full time to making saves instead of scoring goals. He began featuring in Ligue 1 as a teenager. His career began with OGC Nice and Lyon in France, where he was able to win Goalkeeper of the Year on more than one occasion. He then signed with Premier League club Tottenham Hotspur in 2012. He made his debut for Spurs in a UEFA Europa League match against Lazio, a game in which he kept a clean sheet.

He's been with Spurs ever since, having renewed his initial contract in 2014. His experience in big tournaments, from the UEFA Europa League and UEFA Champions League, to previous World Cups, would come in handy as France began their journey. They were the World Cup winner in Russia in 2018 and are looking to be repeat champions - something that hasn't been done since Brazil went back-to-back in 1958 and 1962. 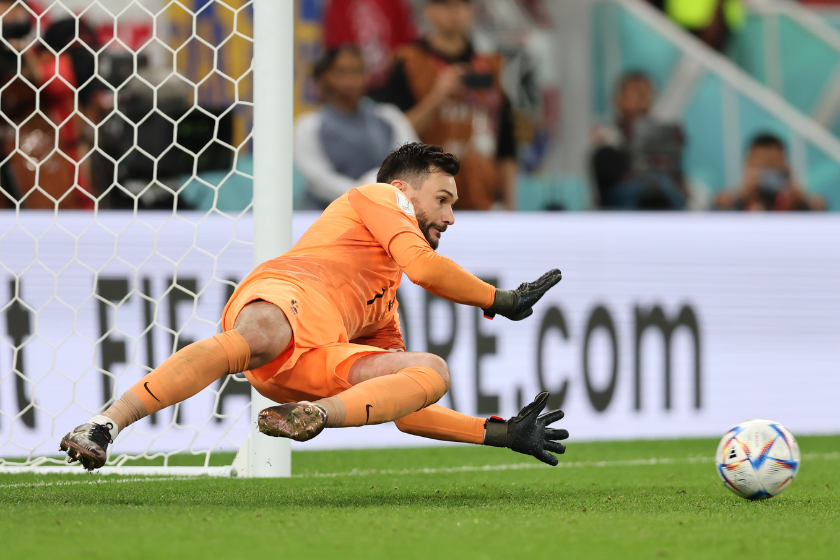 RELATED: Is Kylian Mbappé The Best Soccer Player in the World? France's Star Has More In Store

France had a relatively easy time in the group stage. After conceding a 9th minute goal in their opener against Australia, (on a play where starting defender Lucas Hernandez was lost to injury), Les Blues fought back with four unanswered to start their 2022 campaign with a come-from-behind victory. Hugo Lloris was tested a couple of times by shots from distance that either hit the woodwork or sailed just wide but ultimately didn't have much to do throughout the match.

It was a very similar story against Denmark, where he once again conceded but wasn't very busy otherwise. His point blank save of a rocket from Jesper Lindstrom in the 73rd minute kept things even, allowing France to capture victory thanks to a late Mbappe goal. Lloris was given a rest by manager Didier Deschamps in the final group stage match against Tunisia since France had become the first nation to clinch advancement. They would win Group D and move to the Round of 16 where they would face Poland, who finished 2nd in Group C.

Stepping Up in the Knockouts 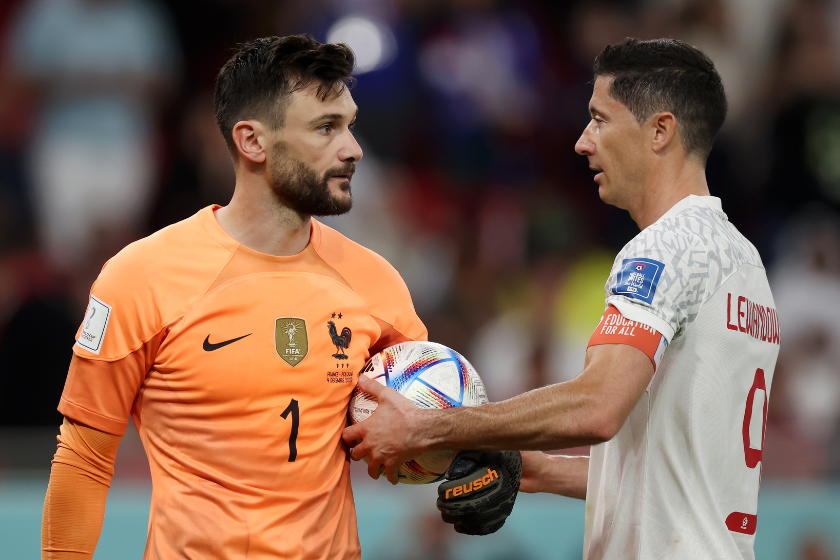 As you'd expect, the games would step up a level in intensity as the quality of teams faced increased. In the Poland match, Lloris officially only faced three shots on goal, conceding a late penalty kick from Robert Lewandowski in a match that was already done and dusted. He made a critical save in the 38th minute to keep the score level at the time. France peppered the Polish keeper, Wojciech Szczesny, forcing him to make numerous quality saves throughout the 90+ minutes. The victory would set up a quarterfinal matchup against England, whose attack is led by his Tottenham Hotspur teammate Harry Kane. It would be a big change of pace for Lloris between the sticks. 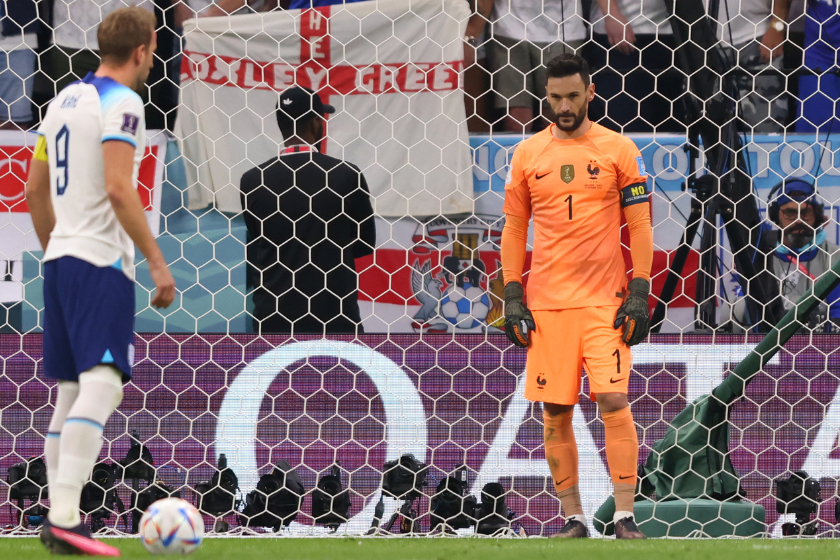 RELATED: Harry Kane: The Complete Player Who Could Finally Bring the World Cup Back to England

This was the first time that France and England would face each other in an elimination game. The English had more of the run of play throughout the match, but couldn't capitalize on opportunities. They had twice as many shots as France, who went ahead in the 17th minute thanks to a long shot from outside the box by French midfielder Aurelien Tchouameni. The pressure from England finally paid off in the 54th minute when Bukayo Saka was brought down in the box. A penalty was awarded and Harry Kane stepped forward to bury the penalty kick past Hugo Lloris, who guessed the wrong way but likely wouldn't have stopped the shot anyway. France would re-take the lead in the 78th minute when former Arsenal and Chelsea striker Olivier Giroud headed home a cross past Jordan Pickford.

However, in the 80th minute the match took another twist. Mason Mount was dropped in the box while trying to chase down a long ball. The play was initially allowed to continue, but ultimately VAR summoned the referee to the monitor, and ultimately a second penalty kick was awarded. Once again Harry Kane would square off against his Tottenham teammate looking to draw even. In the end, Kane would put the ball over the bar and France would hold on to win by a score of 2-1, thanks in large part to the penalty miss.

Dreaming of Another World Final 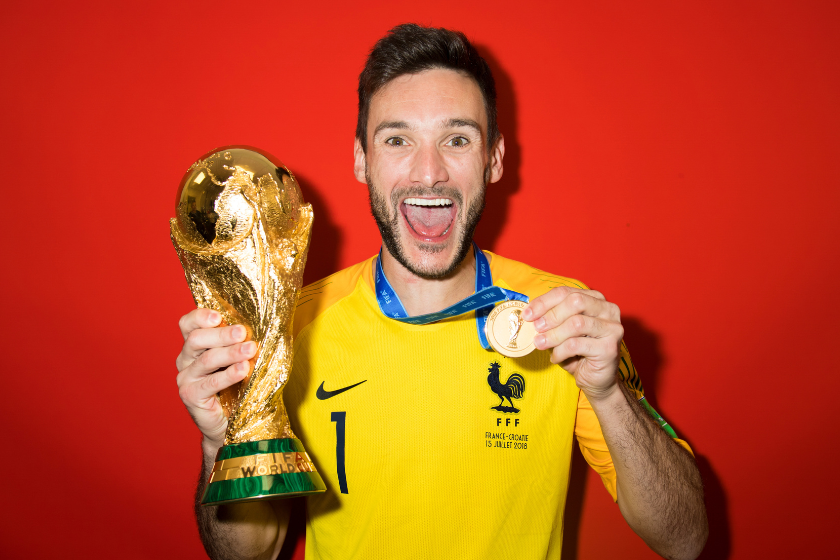 RELATED: Morocco's Cinderella Run is in Part Thanks to Achraf Hakimi

France will now face Morocco, who held on to stun Portugal 1-0 in their quarterfinal, for a chance to advance to the World Cup Final on Sunday, December 18th.

Without the likes of Paul Pogba, Karim Benzema, N'golo Kanté, and a number of other regulars, some would be surprised the French were able to make it this far. In reality, it simply shows how deep they really are.

While he won't likely be putting the ball in the back of his opponent's net, Hugo Lloris, the quiet French captain, will look to dispose of Morocco before raising that World Cup trophy yet again when this tournament is done and dusted.