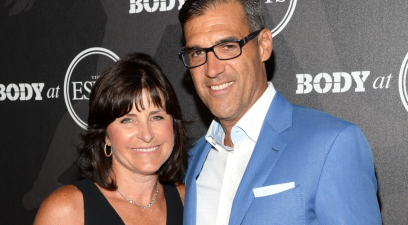 I swear I heard “cut” after Kris Jenkins’ game-winning shot went through the net.

It’s the only logical explanation. The ending was written by someone who meticulously studied sports movies; someone who ran that play a million times with their neighbor in the driveway as a kid when the stakes were the absolute highest. This was the final day of production. The director called wrap.

The only thing missing was an alcoholic coach who yells at his players in a Boston accent and teaches them that “you don’t want to be like me” and “some things are bigger than sports.” (For this story, I recommend The Way Back).

The Big East program’s path through the NCAA Tournament included wins over UNC-Asheville, Iowa, Miami and a victory over Kansas in the Elite Eight. In the Final Four at NRG Stadium in Houston, Villanova took down Oklahoma.

UNC guard Joel Barry takes the ball downcourt and delivers an entry pass to Marcus Paige above the right wing. Villanova’s Daniel Ochefu switches onto Paige and goes for a steal, giving Paige a sliver of space. Ryan Arcidiacono and Mikal Bridges leave their assignments to help.

Paige rises for the three-pointer, brings the ball down to readjust, contorts his body, and fires. Good.

As the great Jon Rothstein quotes the late Heath Ledger as The Joker in The Dark Knight, circa 2008:

Jenkins inbounds to Arcidiacono, who bolts up the left side of the court and crosses to NBA range above the right elbow area. He flips it back to the trailing Jenkins.

In rhythm, Jenkins launches for all the marbles.

The replay showed he released the shot with plenty of time left. The backboard outlined in red as the ball went through the net.

The 2016 national title game delivered in every way possible. Perhaps the nation’s most complete team the entire season fell victim to the hottest team brimming with March Madness magic.

Jenkins’ shot cemented Villanova basketball as one of the elite programs in Division I college basketball. The Wildcats took home two NCAA championships in three years, something Duke, Kentucky, Michigan, Gonzaga, Georgetown, and UCLA all envy.

There was never a doubt about Jenkins’ game-winner when watching the play in real-time. On the big screen, it would’ve been in slow motion. The drama mounting as the ball flew through the air. The sound is off, maybe a quick montage.