The Heisman Trophy has lost some favor with college football fans over the last few years, mainly because it's become a quarterback award. Since 2000, nineteen of the 22 Heisman winners were or will have been quarterbacks -- including 2022's winner, as the four finalists are all signal-callers.

Almost identical to the problem with the NFL's MVP Award, the Heisman Trophy has a quarterback bias. That's one of the main reasons why Blake Corum, running back for the Michigan Wolverines, was left out of the 2022 finalists list. 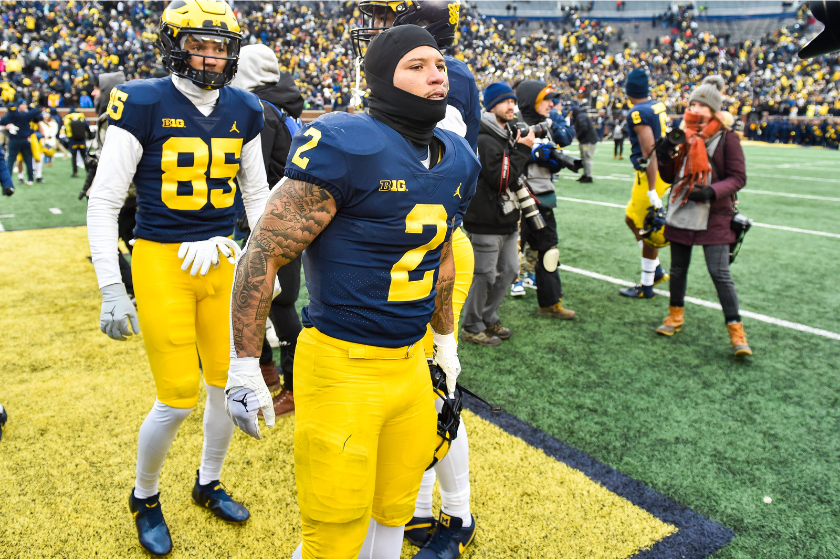 RELATED: Why-sman: Making the Case for All 4 Heisman Finalists

While most college football fans are bemoaning the inclusion of Georgia's Stetson Bennett as a finalist in 2022 over Corum, it's perhaps better to look at their entire body of work over the 2022 season. Of the finalists, Bennett is the only player to lead his team to a conference championship, trouncing LSU in the SEC championship game. Bennett also has comparable passing numbers to Ohio State's C.J. Stroud and TCU's Max Duggan, but he lacks in the touchdown department. USC's Caleb Williams is the only quarterback to throw for over 4,000 yards in 2022, leaning on an incredible receiver corps that included 2021 Biletnikoff Award winner Jordan Addison.

Great, but what does any of that have to do with Blake Corum?

When looking at Corum's 2022 season, the problem is not performance but context. Let's suppose that Corum doesn't go down with an injury against Illinois and is perfectly healthy against Ohio State and Purdue. One could speculate that Corum, who rushed for 18 touchdowns in 2022, would have taken the top spot from Israel Abanikanda of Pitt, who finished the year with 20 end zone romps. Without those two games, Corum ends the season tied for fourth with Texas' Bijan Robinson. That's where things begin to get interesting.

When comparing the Michigan back and Texas star rusher, you can see why Heisman voters may have balked at voting for either. Robinson, the only bright spot in the Longhorns' season, rushed for 1,580 yards, besting Corum's 1,463. Robinson also beats Corum in yards per game, with the Texas back rushing for a whopping 131.7 yards in each contest, with Corum on his heels with 121.9 yards per game.

Comparing Robinson and Corum leads to what may be the reason Michigan's running back missed the cut: their individual importance to their respective teams. As we've seen in recent weeks, the Wolverines have been able to swivel to Donovan Edwards as their main rusher, with little to no issue. Without Robinson, the Texas Longhorns are relatively unwatchable. The "heartbeat of the team" voting criteria is what has made this award a quarterback's delight over the last 2022 years, and it's what tripped up Corum's Heisman candidacy.

How Corum Stacks Up Against Other Heisman Rushers 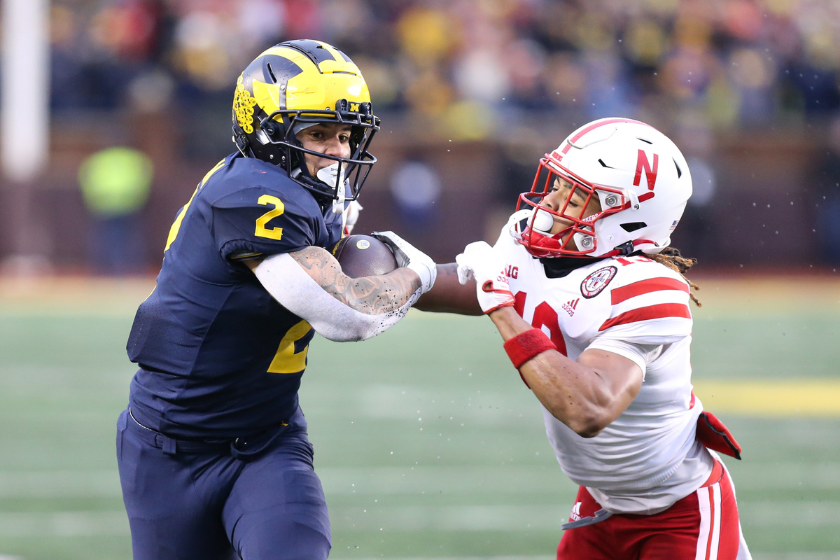 When looking at other Heisman running backs of the not-so-recent past, Corum's case fluctuates between plausible and not in the same universe. Ron Dayne's 1999 season eclipses Corum's 2022 in total rushing yards by almost 500. Derrick Henry's 2015 win came in a season that Corum can't hold a candle to, rushing for 2,219 yards and 28 touchdowns as Henry helped 'Bama to a national championship.

Reggie Bush's Heisman win, albeit vacated, comes with fewer rushing touchdowns and around 300 more rushing yards than Corum, but Bush was also part of a running back tandem that pushed the Trojans to new heights. What sets Bush apart is his yards per carry at a staggering 8.7 yards, just shy of three yards more than Corum in 2022.

However, the most interesting comparison to Corum is Mark Ingram in 2009. The Alabama rusher narrowly won the coveted trophy over Stanford's Toby Gerhart, despite having what some would consider a lackluster season compared to the Pac-12 rusher. Gerhart's season finished with 1,871 yards on the ground, 5.5 yards per carry and 28 touchdowns, as Jim Harbaugh's Stanford Cardinal football team finished the season 8-5, topping out at No. 14 in the AP rankings. Ingram's Alabama squad was top dog all year long and may have given the back an edge. Ingram's 1,658 yards on the ground and 16 touchdowns pale in comparison to Gerhart's numbers, but Alabama would finish the season undefeated, winning the BCS Championship over the Texas Longhorns.

The Problem Isn't Corum -- It's How Heisman Candidates are Evaluated 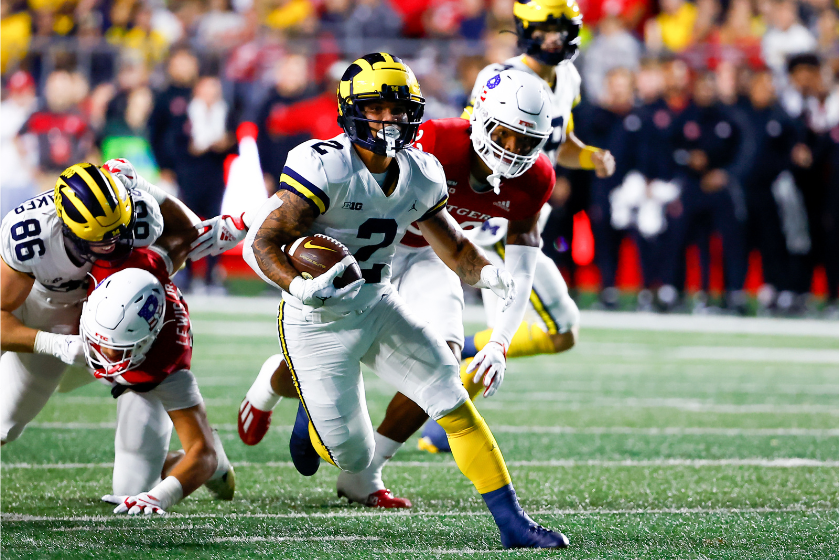 The odds are low that your opinion of whether Corum was snubbed as a Heisman finalist has changed over the last 750 words. That's understandable. But perhaps that's a problem for the award moving forward. Looking at the last five Heisman trophy winners, there's a clear-cut favorite to win the award -- and the voting shows it. Joe Burrow threw for 60 touchdowns in 2019, DeVonta Smith had 1,800-plus receiving yards in 2020, and Kyler Murray was a revelation on the ground and through the air in 2018 -- each winner being the obvious choice. But when you look at most contested years, such as 2017, the issue with how candidates are evaluated begins to become clear.

Baker Mayfield won the award in 2017 after leading the Oklahoma Sooners to the College Football Playoff and cementing himself as the soon-to-be No. 1 overall pick in the upcoming NFL Draft. However, considering the running backs mentioned above, Bryce Love from Stanford posted numbers that would probably have won him the Heisman in any other year, including 2022. Love's 2017 season finished with the Cardinal back rushing for 2,118 yards, averaging 8.1 yards a carry and scoring 19 touchdowns. That's more yards on the ground than Dayne in 1999, Ingram in 2009, Bush in 2005 and one yard shy of Henry's mark in 2015.

Corum's absence from the Heisman Trophy finalists list isn't a snub to just Corum -- it's also a failure to interpret success across multiple positions evenly. It's a problem in all sports, frankly, but a glaring one in college football. To say that Corum was one of the best college football players in 2022 is an understatement -- he was tremendous for Michigan this year. But for a trophy that doesn't have strong criteria for candidacy, players like Corum are going to be lost to history instead of being praised for their incredible performances.