Mascots. As the eye-catchers of each college football stadium, it's imperative they do a few things. They've got to bring some school spirit to the gridiron. That's a no-brainer. They also must look the part. The last thing any mascot wants to be is the laughing stock of the conference.

The best of these often furry beings are downright intimidating. Colorado's Ralphie the Buffalo sprinting the entire length of the field for a touchdown or the Texas Longhorns' Bevo and those incredible horns are enough to make even Nick Saban back down from a challenge. 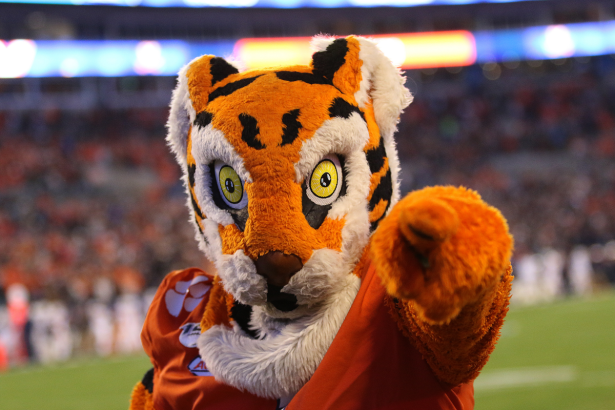 What the hell is wrong with his eyes? Those alone are enough to scare the cleats right off opposing players. "The Tiger" (that generic and eerie name makes him even more scary) looks like he was drafted by an evil genius 2-year-old and I hate every inch of him. The Stanford Tree is by far the weirdest mascot in sports, because it looks like Mr. Potato Head during Christmas time. The tree and its unnecessarily large lips have one of those goofy faces that's just downright haunting. The Cardinal's mascot isn't physically imposing by any means, but those googly eyes mean business. 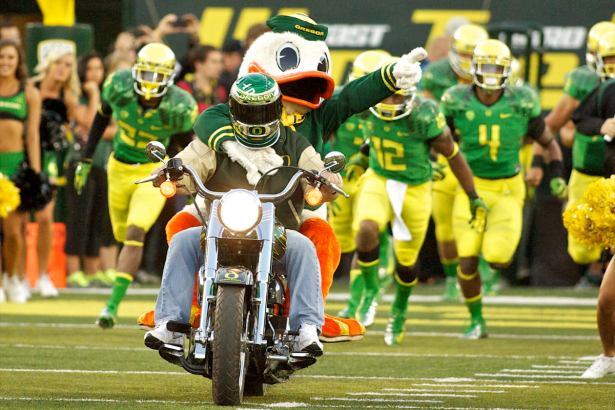 Would you rather fight one duck-sized horse or 100 horse-sized ducks? The age-old question forgot one vital part. How about one human-sized duck? To help make your decision, look no further than Oregon's official mascot, The Oregon Duck. Don't let the stylish hat deceive you, the Duck could engulf your head in one bite with its massive beak. 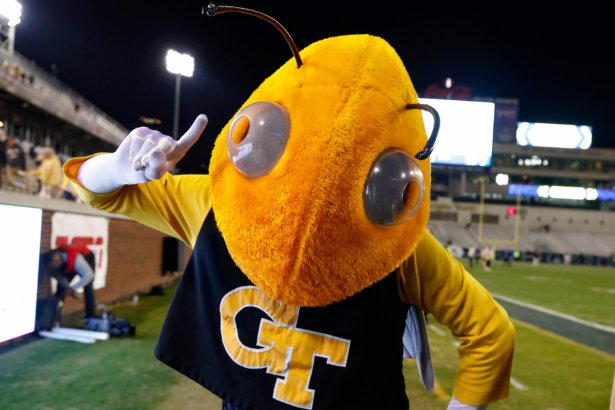 Other than pollinating flowers, I can't think of many reasons people are about bees. Well, Jerry Seinfeld surely has some. Any insect who's depicted as human size is automatically intimidating. 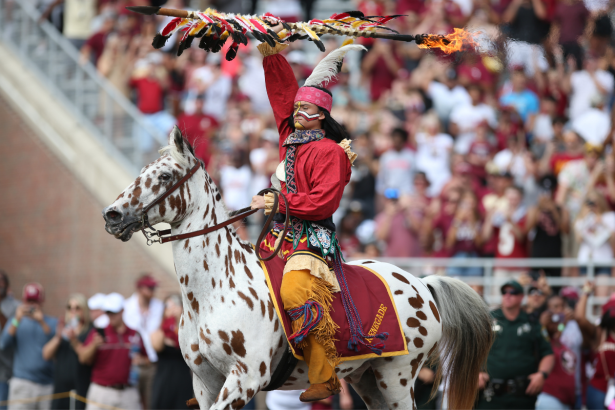 A Seminole Indian holding a flaming spear while riding on a horse named Renegade? Yeah, that'll play. Not only does Chief Osceola have one of the most awesome traditions in the NCAA, he's pretty darn intimidating while doing it. When FSU was a dominant program, nobody wanted to come to Doak Campbell Stadium, where Chief O. was waiting for them. 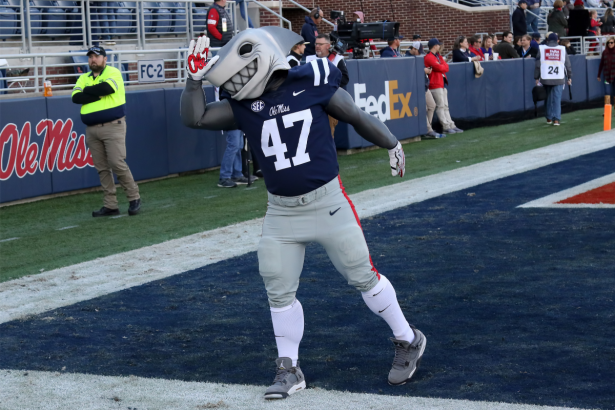 Tony is a fresh addition to the mascot world. He debuted in Mississippi in 2018, replacing Rebel Black Bear. Tony wouldn't be on this list if he didn't have a creepy grin like his peers, and boy, does he have a good one. All chompers are in full view as he looks to devour the competition each and every football game. I'm pretty sure if you look into Purdue Pete's eyes long enough, you turn to stone. Not only does Pete carry around a giant hammer, but he has this look like he knows you know he just committed some unspeakable crime. But he's still going to get away with it because he's Purdue Pete.

Side note: He used to look like Pee Wee Herman in the '50s and '60s, which is a cursed enough image on its own. 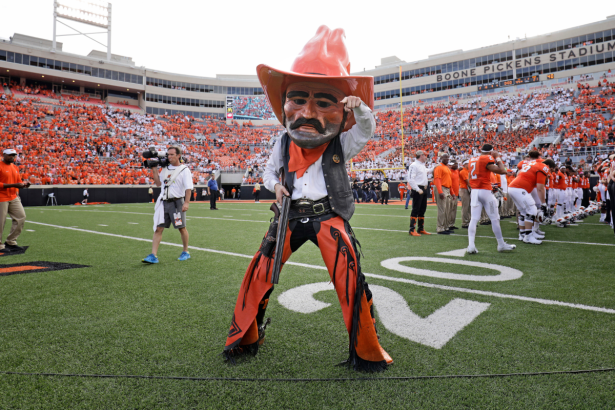 There's a famous saying about not letting your head get too big. Oklahoma State's Pistol Pete is already there. The gunslinger from Stillwater has the biggest head in all of college football. Combine that with a 1,000-yard stare and you have a terrifying mascot. Sparky the Sun Devil only sees red, no really, his pupils are flames. The ASU mascot was redesigned by alum and Disney illustrator Bery Anthony, who allegedly based the facial designs on Walt Disney. Arizona State describes Sparky as a "mischievous imp." That's it. 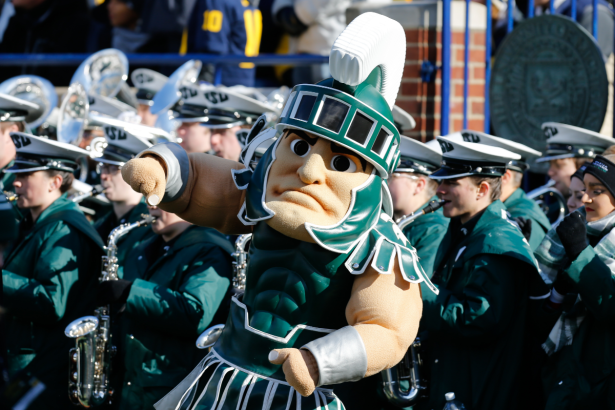 A cross between Popeye and Spartacus, the aptly-named Sparty is by far one of the most intimidating mascots in college football. He's got biceps on his biceps and a wicked set of eyebrows. The only thing that could make this buff mascot even scarier is if his football team were actually any good. 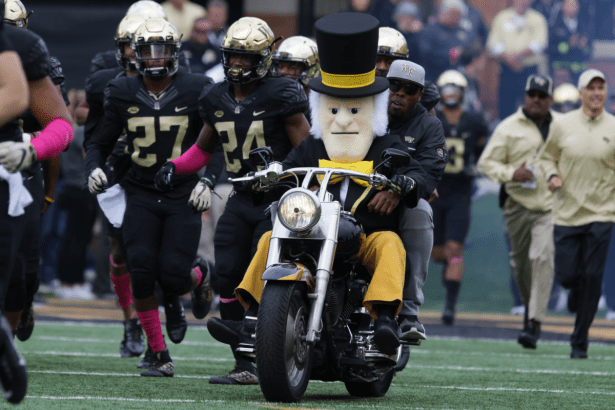 I don't care that he's old and has white hair or that he may not have hair under that top hat, Wake Forest's Demon Deacon rides around on a frickin' motorcycle. He's got a dynamite name and a dynamite face. Don't piss off the Deacon. 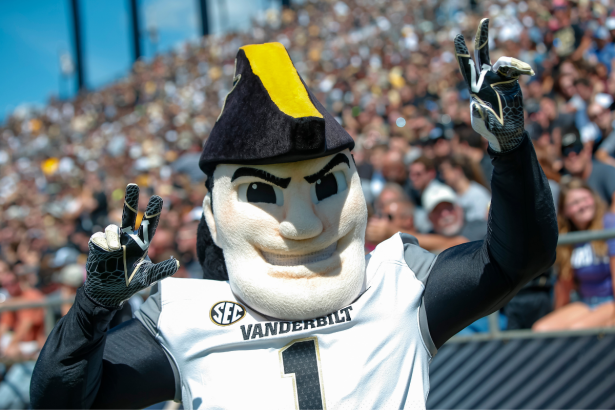 Vanderbilt's team on the field might not be that intimidating, but look over to the sideline and you'll see Davey Jones himself aka Mr. Commodore. Mr. C has seen several makeovers over the years, going from old guy with creepy smile to young guy with creepy, menacing smile. The key is to not look into his eyes for too long or he'll take your soul forever.