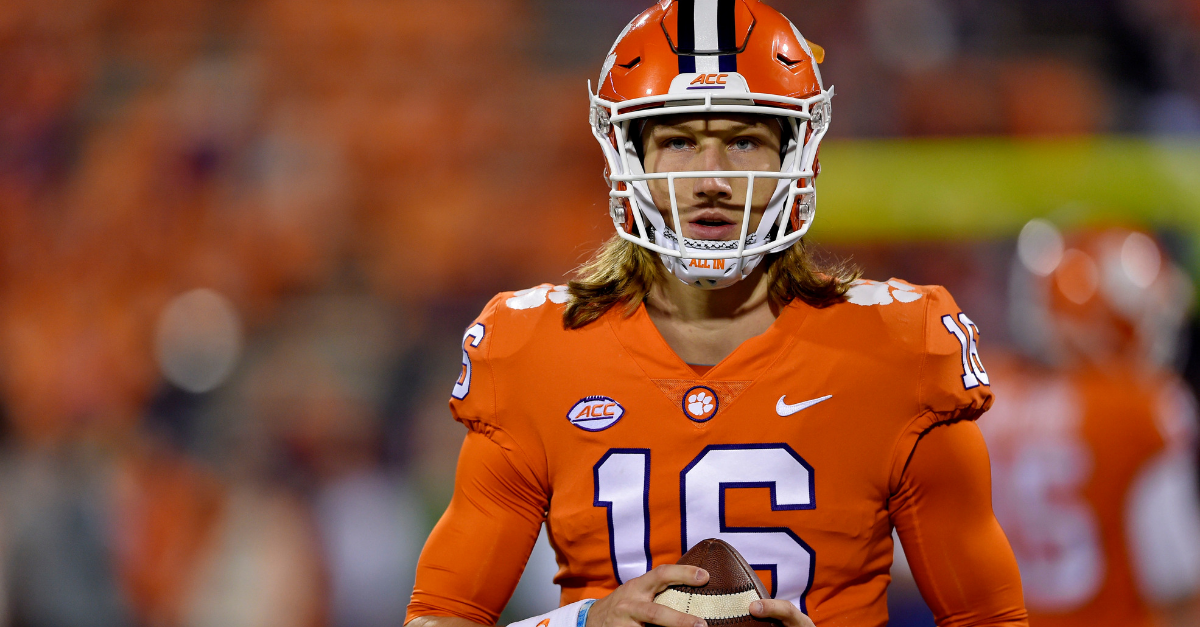 Can you feel it? That’s the hair on the back of your neck standing up while your favorite college football team storms out of the tunnel. There’s nothing like an electric college football entrance, and after a long and arduous offseason, we’re finally closing in on more moments like these when the 2019 season arrives.

Eye-catching storylines are everywhere. Will Kelly Bryant and Missouri crash the party and throw the SEC East for a loop? Is it finally Jim Harbaugh and Michigan’s time to take over as Big Ten Conference kings? Does any team in the Pac-12 want to be a national contender? The Oklahoma Sooners grabbed Jalen Hurts, but are the Texas Longhorns a sleeping giant ready to make a deep College Football Playoff run?

These questions, and so many more, will be answered shortly. Until then, let’s speculate on which programs are overrated, or underrated, with NCAA.com’s preseason top 25 college football rankings.

Bryan Harsin is one of the nation’s least-talked about head coaches, but with a 52-15 record in his five years on the blue turf, he’s proved the Broncos aren’t a fluke in the post-Chris Petersen era. If Boise State goes to Tallahassee and beats Florida State to start the year, they could probably go undefeated in the Mountain West Conference.

Suddenly, the Big Ten West is one of the nation’s toughest divisions, and Pat Fitzgerald’s defending division champs are on the rise. Three-straight bowl victories and back-to-back AP Top 25 finishes for the first time since 1995-96 means the Wildcats are the real deal, especially with former Clemson quarterback Hunter Johnson taking over as the team’s starter.

While they await the NCAA’s appeal for a bowl ban, quarterback Kelly Bryant is back on the field with his sights set on crashing the party. He and running back Larry Rountree III (1,216 rushing yards in 2018) are going to make for a dangerous one-two punch week after week. Don’t sleep on Mizzou.

The Spartans are always “in it,” so the team’s 7-6 finish last season shouldn’t be a huge concern. Mark Dantonio’s team won at least 10 games in four of the last six seasons, and senior QB Brian Lewerke should give Michigan State’s offense all it needs to be in contention once again.

Justin Fuente is moving backwards. Since taking over for Frank Beamer, the Hokies finished 10-4, 9-4 and 6-7 last season, including a mind-boggling loss against the Old Dominion Monarchs’ backup quarterback. If Virginia Tech can’t show significant improvement in a soft ACC Coastal division, Fuente’s days in Blacksburg will be numbered.

One state. One heartbeat. pic.twitter.com/X1QEtwYSIg

I stand by my prediction that the Cornhuskers will reach 10 wins this college football season. Adrian Martinez is the best young quarterback in the conference, and Scott Frost is doing something special with this program. They’re all over the headlines for good reason, especially considering Nebraska’s toughest games — Ohio State, Wisconsin, Northwestern and Iowa — all come at home.

The regression is coming. College football’s best underdog story the last few years looks to be in for a rough season, with QB McKenzie Milton not playing at all and backup Darriel Mack Jr. suffering a broken ankle this offseason. The Knights will contend in the AAC, but dreams of reaching a New Year’s Six bowl game again appear to be dashed.

The star is defensive end A.J. Epenesa, who will be an early first-round NFL Draft pick when he comes out. Iowa’s smash-mouth identity isn’t changing, but the return of quarterback Nate Stanley makes Kirk Ferentz’s team dangerous once again.

Gus Malzahn has one season to prove his program is a contender, but the biggest question will be quarterback play. Arguably the nation’s best defensive line — including Derrick Brown, Nick Coe and Marlon Davidson — will be a terror all season, but can Auburn score enough points to compete in the SEC West?

The Jonathan Taylor show (4,171 rushing yards in two seasons) rolls on, but Paul Chryst’s team needs an added element to rebound from an 8-5 season. A quarterback battle between Jack Coan and Graham Mertz is the offseason storyline to watch, but Coan seems to be the likely starter when the Badgers travel to take on South Florida. After that, it’s five-straight home games, including Michigan, Northwestern and Michigan State.

Utah's "Hallandale Trio" is back to try and take the Pac-12 this season. pic.twitter.com/QW326NLTM6

It took head coach Kyle Whittingham eight seasons since joining the Pac-12 Conference to win a division title in 2018. Two seniors, QB Tyler Huntley and RB Zach Moss, dominated for nine games before season-ending injuries ended Utah’s 6-3 start. They’re both back and healthy, and Utah could be headed towards a double-digit win season, and potentially, its first Pac-12 title.

Chris Petersen trashed the NCAA Transfer Portal in the offseason, even though his starting quarterback this season is former Georgia Bulldog Jacob Eason. A return to the College Football Playoff would be tough unless UW goes undefeated, but it’s not impossible. Four starters back on the offensive line should help Eason put up big numbers.

James Franklin’s program can’t get over the hump. A 9-4 finish last season, as well as the departure of quarterback Trace McSorley (Responsible for 107 career touchdowns, second-most in Big Ten history) means its a prove-it year for Franklin and his staff. The Nittany Lions’ defense is led by sophomore linebacker Micah Parsons, who has legitimate All-American talent.

QB Justin Herbert returns for his senior season, and the Pac-12 favorites are re-tooled to make a run this season. Head coach Mario Cristobal led the Ducks to nine wins in his first full season last year, and several key additions, including No. 1 overall recruit Kayvon Thibodeaux, makes Oregon dangerous out West once again.

It’s a matter of time before Jimbo Fisher’s program is one of the elite ones in college football, but is it already prepared to make that jump in 2019? The loss of Trayveon Williams (SEC-leading 1,760 rushing yards) will be tough to replace, but quarterback Kellen Mond is confident the Aggies are the real deal.

#BookIt 📖 @ian_book12 has been named to the Walter Camp Award Watch List.

The award is given annually to the top player in college football.#GoIrish ☘️ pic.twitter.com/6jIz1yOvCP

After Ian Book took over for Brandon Wimbush (now at UCF) last season, a star was born. Brian Kelly’s Irish finished the season 12-1, but were embarrassed by Clemson in the Cotton Bowl. Tough road games against Georgia and Michigan likely lead to a decline for Notre Dame this year, but don’t expect the FBS Independents to be completely gone from the CFP conversation.

Head coach Tom Herman and Texas are in the national title conversation for one reason: Sam Ehlinger. The dual-threat quarterback could easily be up for the Heisman Trophy putting up massive numbers in the Big 12 Conference. Plus, if the Longhorns beat LSU in Week 2, that’ll be the biggest resume booster you can have for a College Football Playoff berth.

Dan Mullen’s team is teetering on the edge of greatness, but they’re still looking up at Georgia in the SEC East. If Feleipe Franks and this offense finds its stride in 2019, the Gators can improve on its 10-win season in 2018, and even find itself in the SEC Championship Game.

Quarterback Joe Burrow believes his offense can score “40, 50 or 60 points” in games this season, and if that happens, I don’t know many teams that will contend with Ed Orgeron’s Tigers. Circle massive road games against Texas and Alabama. If LSU manages to win both of those games, I can’t imagine the CFP selection committee keeping them out.

Is Jim Harbaugh going to capitalize on his kryptonite (Urban Meyer) finally being gone? The Wolverines return Shea Patterson at quarterback, and the depth of talent across the board certainly isn’t gone from one of the nation’s oldest programs. All you need to know about Michigan will come October 19 during Penn State’s Whiteout and November 30 when they host Ohio State.

First, it was Baker Mayfield. Then, it was Kyler Murray, Now, it’s Jalen Hurts. It must be nice being Lincoln Riley, huh? Quarterback talent grows on trees in Norman, and this season, the Sooners don’t seem like a team headed for a recession. Hurts, a Heisman Trophy contender before Tua Tagovailoa bounced him in Alabama, is back in the conversation once again. Expect another big year for Oklahoma.

It seems so long ago since Jake Fromm led Georgia to the College Football Playoff National Championship Game as a freshman. Now, the junior figures to be playing his final collegiate season before heading to the NFL, and a national championship is only the standard. Kirby Smart’s defense is as good as ever, making the Bulldogs one of the nation’s most dangerous teams top to bottom.

Ryan Day finally gets to prove if OSU made the right choice at head coach, but the biggest name to watch will be Georgia transfer QB Justin Fields. This offense might be even more dangerous (Is that possible?) than it was with Dwayne Haskins last year, and it’s loaded with elite weapons everywhere you look. Defensive end Chase Young could win the Bednarik Award as CFB’s best defensive player, too.

Last season’s 44-16 defeat still lingers, so expect the revenge tour to be fast and furious. Tua Tagovailoa, Jerry Jeudy, and the best receiving corps in college football is back after re-writing the school and SEC record books in 2018. Expect Nick Saban’s team to be undefeated when the SEC Championship rolls around.

Clemson represents three of the 40 players on this year's Walter Camp Player of the Year watch list.

Sophomore quarterback Trevor Lawrence could play in the NFL right now. It’s incredible what he did as a freshman last season, and after a full offseason with Dabo Swinney and this staff, it’s going to be hard to keep Lawrence away from the Heisman Trophy in 2019. Clemson is the defending champion, and everything is pointing towards a fifth-straight ACC Championship and CFP appearance.