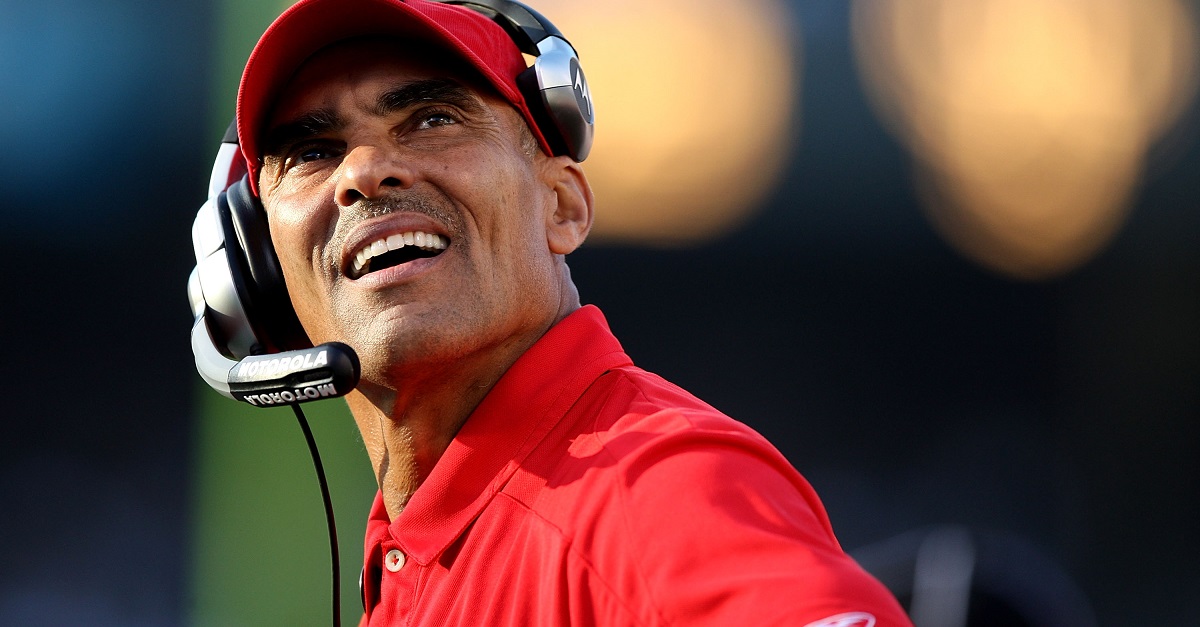 New Arizona State head coach Herm Edwards is dealing with a second coach leaving this week in offensive coordinator Billy Napier. He’s headed to Louisiana-Lafeyette as their new head coach while defensive coordinator Phil Bennett decided to not to return for both personal and health reasons. Edwards did not immediately comment on the news as he was out recruiting, but did release this statement:

“I wish Bill nothing but the best in his coaching career. I can assure all Sun Devil fans that I am working diligently on hiring a coaching staff that will fit what we are trying to accomplish at ASU, led by incredible quarterback Manny Wilkins. Assistant Head Coach and Running Backs Coach John Simon and Co-Offensive Coordinator and Wide Receivers Coach Rob Likens will be a part of my staff going forward.”

Napier is a former assistant at Alabama and Clemson, and had taken the job as Arizona State’s offensive coordinator this past year. Arizona State performed well on the offensive side of the ball this season, averaging 32 points per game in their 7-5 campaign. Napier will take over at Louisiana after they fired head coach Mark Hudspeth after a 5-7 season. Hudspeth is now an assistant at Mississippi State.

Edwards will now have some scrambling to do in just a couple of weeks, as his Sun Devils have no coordinators ahead of their Dec. 28 bowl game against N.C. State.

The Arizona State job opened after the school fired head coach Todd Graham at the end of the regular season. Graham was 46-31 in his six year tenure, but the Sun Devils? administration had grown impatient with the lack of growth after Graham put together back-to-back 10-win seasons in his second and third years with the team.

In reports when he was being hired, the idea of Herm Edwards taking over at Arizona State is that the school would retain both of Todd Graham’s coordinators and have Edwards act in more of a managerial and motivational role over them. With both of his main coordinators gone, that plan has pretty much gone down the tubes and now Edwards may have to step in and become more hands-on than he and the school thought would be necessary.