Florida Will Beat Georgia (If the Gators Do These 2 Things) 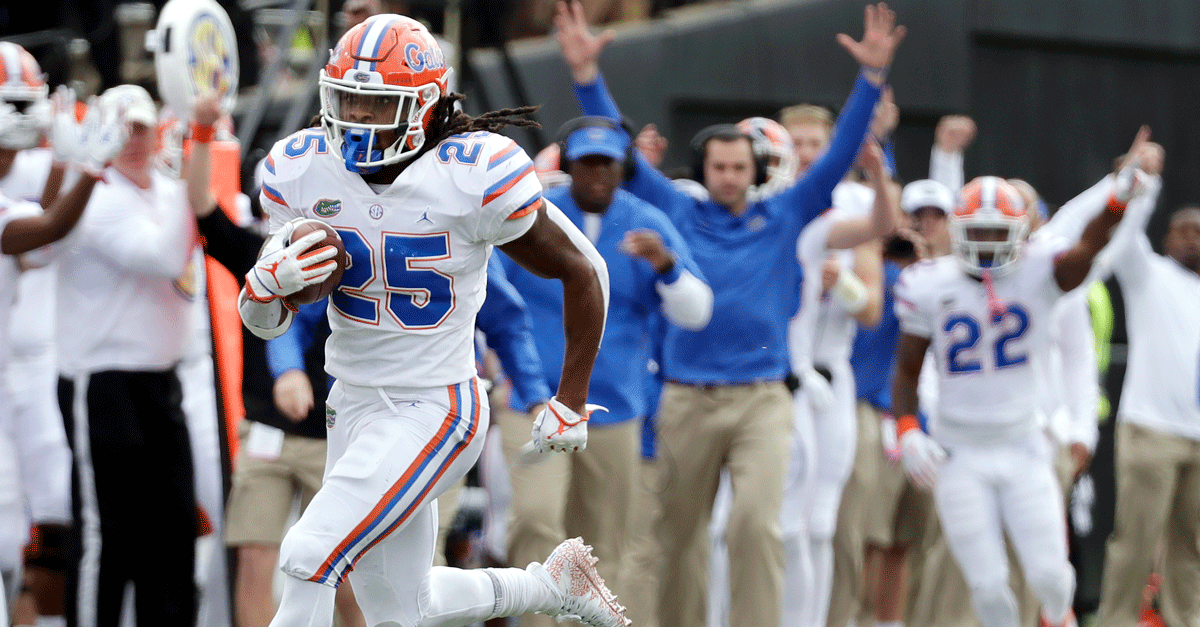 But in the Southeastern Conference, no team ever truly feels like an underdog (unless you’re playing Alabama). Simply put, one team can beat another just as easy as it could lose. Florida bested LSU, which creamed Georgia, and now Georgia plays Florida in the annual “World’s Largest Outdoor Cocktail Party” on Saturday. Anything can happen between these two top-10 ranked teams, but Florida will come out on top if they can do these two things.

1. Put pressure on Jake Fromm (or whoever is at QB).

As you can see, Fromm is nowhere near elite when edge rushers are in his face. That’s part of how the Tigers beat him. Fromm took four sacks in that game and completed less than 50 percent of his passes (16-34) for 209 yards, one touchdown and two interceptions.

That bodes well for the Gators. Their defense has been known to get to the quarterback and force turnovers — either on errant passes or forced fumbles. The two UF edge rushers to look out for: Jachai Polite and Jabari Zuniga. Pro Football Focus says the duo has combined for 45 quarterback pressures and nine sacks. Polite’s seven sacks alone rank third in the SEC and four forced fumbles ranks first.

Georgia could, however, throw Florida a curveball and start freshman Justin Fields, who was a top recruit coming out of high school. In that case, hopefully UF’s done its preparation for him.

When the Gators are going well, they’re running the ball down their opponent’s throat. In this rivalry, that’s especially true. Who can forget Florida’s 418 rushing yards in a 38-20 win in 2014? In fact, the last 12 years the team with the most rushing yards has left Jacksonville a winner. Some might argue that whoever’s ahead will naturally run the ball more often. There’s some truth to that, but for the most part this game is won in the trenches. They don’t call it the War for the Oar for nothing.

Like 2014’s combination of Matt Jones and Kelvin Taylor, the Gators feature a stable of backs that can bruise the best of defenses. Jordan Scarlett, Lamical Perine and Dameon Pierce have each rushed for at least 300 yards this season. As long as Florida can dominate at the line of scrimmage, they should have no issue running all three of those backs.