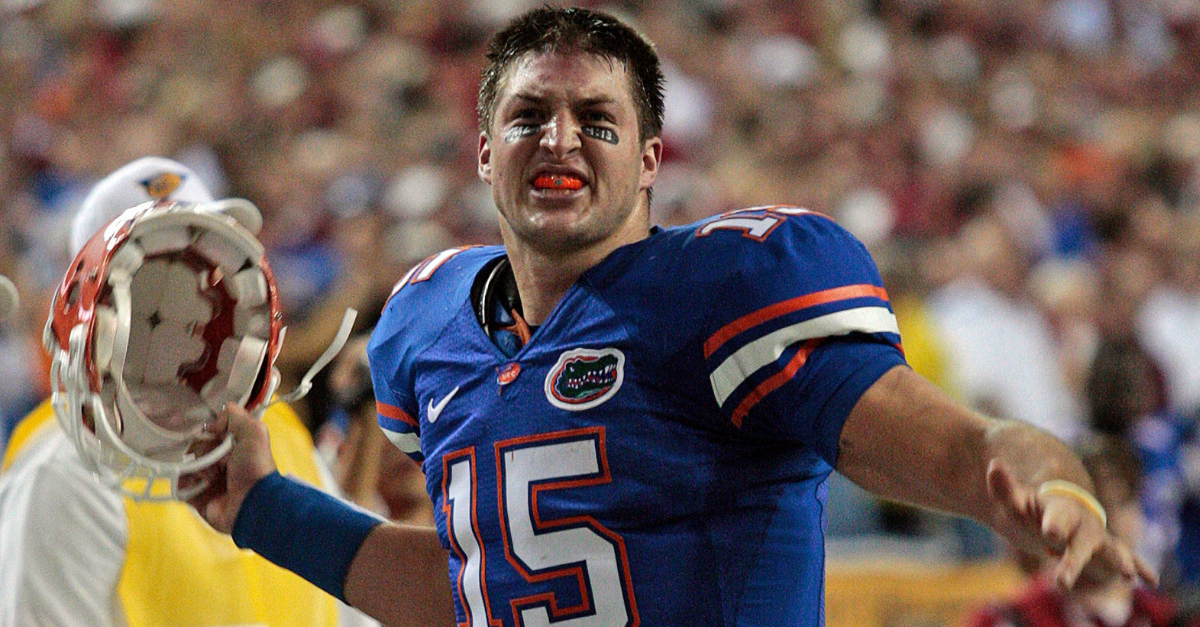 There’s no greater player in the history of Florida Gators athletics than Tim Tebow. Number 15 won the 2007 Heisman Trophy, helped UF win two national championships (2006, 2008) and set numerous school records en route to becoming one of the best college football quarterbacks to ever play the game.

Beyond the numbers, Tebow became known for his passionate speeches (“The Promise” speech still gives me chills) and immense passion when playing in The Swamp. He was and still is a role model to young athletes across the country for his tremendous courage and unwavering faith.

Now, Tebow is entering the University of Florida Athletic Hall of Fame for his incredible NCAA and Florida football career.

James and Spikes, members of the 2006 and 2008 national championship football teams, both previously posted pictures on social media of the news on April 13, hinting what was to come.

The school makes athletes wait 10 years since last playing for the Gators before becoming eligible for the prestigious honor. The trio of football players last played in 2009, when Florida finished 13-1 and lost to Alabama in the SEC Championship game.

Tebow To Be Inducted Into UF Hall of Fame

READ MORE: ?Tim Tebow?s Net Worth: How Faith and Football Made No. 15 a Millionaire

The headliner here is undoubtedly Tebow.

The kid from Jacksonville threw for more than 9,000 yards and ran for almost 3,000 more rushing yards in four years in Gainesville under head coach Urban Meyer. He holds the program career records for total offense (12,232 yards), total touchdowns (145) and rushing touchdowns (57), the last of which broke Georgia running back Herschel Walker’s SEC record.

The two-time First-Team All-American, two-time SEC Player of the Year and three-time All-SEC selection won two national championships before being taken in the first round of the 2010 NFL Draft by the Denver Broncos. He spent parts of the next six seasons bouncing around the league before transitioning to the sports media industry with ESPN and trying his hand at professional baseball with the New York Mets.

This doesn’t mark the first distinguished award Tebow has received from the school. In 2018, he was inducted into the school’s Ring of Honor.

The UF Athletic Hall of Fame isn’t just for the greatest quarterback in college football history.

In addition to Tebow, former linebacker Brandon Spikes and wide receiver Brandon James will be the hall of fame’s newest inductees.

Spikes was a two-time consensus All-American linebacker in 2008 and 2009 and tallied 307 tackles, 6.5 sacks, six interceptions and four touchdowns in his career before the New England Patriots selected him in the second round of the 2010 NFL Draft.

James played wide receiver but was known for his kickoff and punt return abilities. He amassed more than 1,300 punt return yards and more than 2,700 kick return yards, setting four SEC and 11 school records during his four-year career.