The defending college football champion Georgia Bulldogs came into the 2022 season with the third shortest odds to win the whole thing (+380).

Entering the playoff, oddsmakers price the No. 1 Bulldogs as the odds-on favorite (-130). Now 13-0, the Bulldogs dominated the regular season and didn't falter in SEC Championship Game. Led by veteran quarterback and Heisman finalist Stetson Bennett, Georgia didn't mess around with many of its opponents, winning many games by at least three scores.

With a chance to become the first team to repeat as champions in college football since Alabama did so in 2011 and 2012, let's take a look back to the most defining moment of Georgia's season. 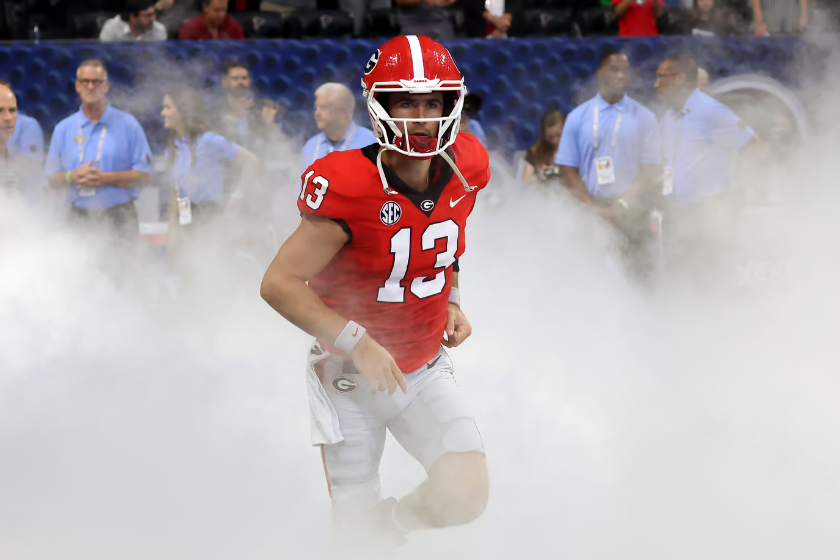 Georgia made a massive statement in its first game against Oregon. Coming into the game a sizeable favorite, the Bulldogs were surely expected to win but not by nearly the margin that they did. The final score of 49-3 represented the second biggest margin of victory in any of Georgia's games all year, with a 55-0 win over Vanderbilt being the only other blowout that was bigger

Oregon, ranked No. 11 at the time, was outgained by almost 260 yards, also lost the turnover battle 2-0 thanks to two Bo Nix interceptions. In the first half, Georgia jumped out to a 28-3 lead. Scoring three more times in the second, the Bulldogs held Oregon scoreless in the second half despite using backups and softer coverage. Though it wasn't even the most dominant side of the ball, the Bulldogs offense had no issue moving on offense.

Putting up 49 points, Heisman finalist and 25-year-old quarterback Stetson Bennett completed over 80% of his 31 throws for the day. Bennett's 368 passing yards was the most he has thrown for in a single game in his career.

Despite a season low three points against Georgia in the opening week, the Ducks finished ninth in the country (of 131 teams) in points per game (39.7). The Oregon offense put up 30 or more points against four other ranked opponents throughout the season and never scored lower than 20 points in a game the rest of the way. The Bulldogs defense showed up and stifled what has been a mostly unstoppable Oregon offense.

Georgia's ferocious secondary and pass defense also made its mark on Nix's season. Nix's two interceptions tied a season high, and his 173 passing yards and 56.8% completion percentage were both the second lowest of his season. Nix had a year that was almost worthy of an invite to the Heisman celebration, but the Bulldogs defense made Nix look like a backup at best. 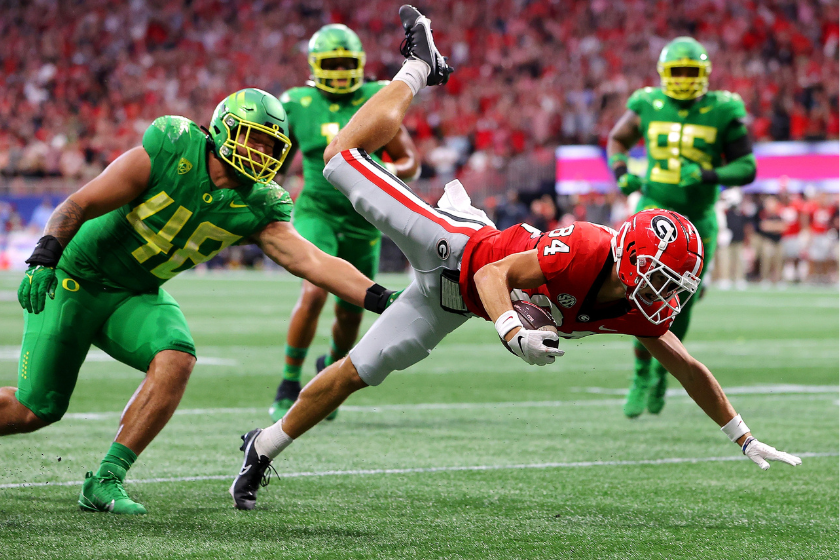 Georgia has faced other tough tests against similarly powerful offensive teams and still couldn't repeat the dominance of its Week 1 performance. Hendon Hooker and the top-ranked Tennessee Volunteers at the time rolled into Athens on Nov. 5 and left with a 27-13 loss. The Volunteers (47.3 points per game) finished first in scoring offense in the FBS. Held to a season low 13 points against the Bulldogs, the Vols still made out with 10 more points than Oregon.

In other games, Georgia held Kentucky to just six points on Nov. 19, and Vanderbilt to zero points on Oct. 15. Yet, the Wildcats are ranked 105 in points per game (22.1) and the Commodores are barely ahead at 91 (24.6). These schools didn't have nearly the firepower that the Ducks had but still put up about the same numbers.

The Bulldogs have been significant favorites in most of their games, and rightfully so. Media, fans, and others love to pounce on falsely overrated teams, looking for any cracks in the armor to denounce the team as fraudulent. With everyone looking to take down Goliath, Georgia has yet to fall, and it only set the tone for the rest of the season with its 49-3 whacking of the Oregon Ducks in Week 1.

With a big matchup on the horizon, the Bulldogs will be fun to watch against the Buckeyes. Football fans are wishing for a good game, but it isn't hard to envision a scenario in which the Dawgs roll to another national championship.

MORE: How Did Stetson Bennett Earn His "Mailman" Nickname?