SEC Studs & Duds: The Best and Worst Performers of Week 8 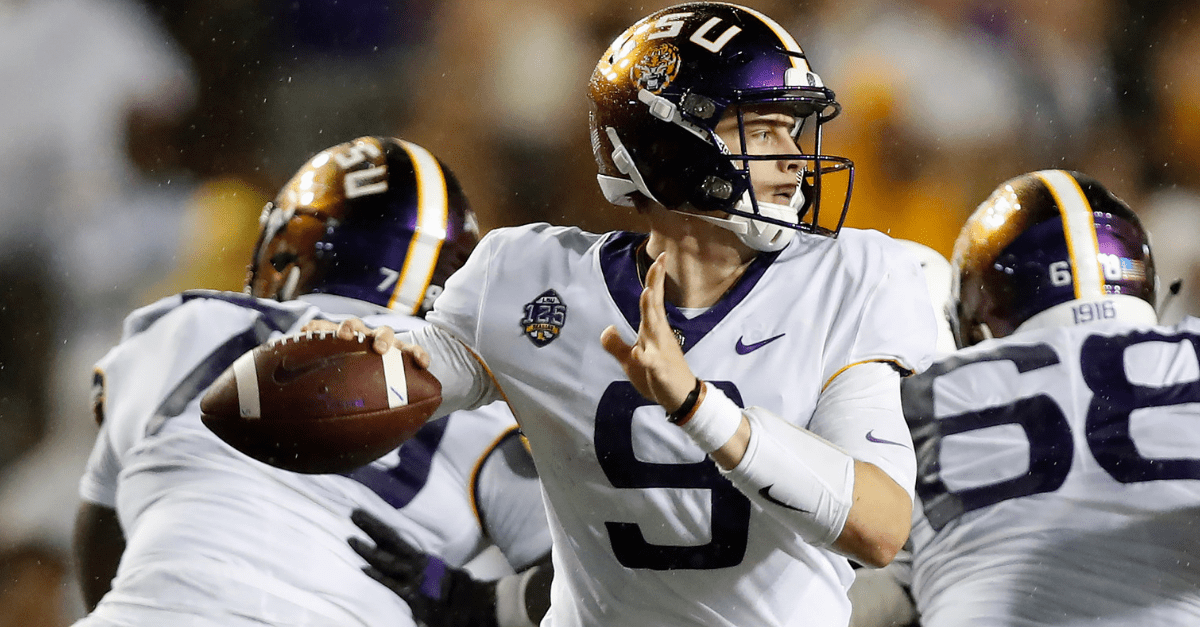 The top of the heap in the Southeastern Conference is starting to pull away, but the middle of this conference is proving just how dangerous any given Saturday can be. Teams in need of a statement win to star the second half of their year did just that on over the weekend, while elite teams faced a tougher challenge than they originally thought.

It was a happy homecoming for two teams rocking alternate jerseys, a strange sequence of events that summed up one team’s season, and six SEC teams were ranked among the top-16 teams in this week’s AP Poll.

Before the season started, it was believed that if Lock could lead the Missouri Tigers to an above average finish and duplicate his 44 touchdown season from 2017, he very well could have earned a trip to the Heisman Trophy ceremony at the end of the year.

Things haven’t gone as spectacular for Missouri through the start of the year, losing three straight, including games to heavyweights Georgia and Alabama, but Lock rebounded with his best game of the year on Saturday.

Lock completed 23 of 29 passes for 304 yards and four touchdowns in the Tigers’ 65-33 rout of Memphis on Homecoming. His near perfect 98.8 quarterback rating was the second highest of his career, trailing only his 467 yard, six-TD game last season against Idaho, which he finished with a 99.0 QBR out of 100.

Now, Mizzou ramps up some momentum to host No. 12 Kentucky next week, then they’ll travel to play the No. 9 Florida Gators to start November. Bot those teams should be careful, because the Tigers are primed to get hot with this offense behind their senior QB.

DUD: The First 8 Seconds of Tennessee’s Second Half

Tennessee called for a fair catch after already fielding the kick at the 2-yard line.

Then, Tennessee's QB fell down in the endzone for a safety. pic.twitter.com/YGlKpmMSvk

There wasn’t much of a chance that Jeremy Pruitt and the Tennessee Volunteers would challenge Alabama on The Third Saturday in October, but things went from bad to worse to “somebody please get them off the field” in a hurry.

Coming out of the second half, the Vols were receiving the opening kickoff. Tennessee’s returner illegally caught the ball at the two-yard line, THEN signaled for a fair catch, which is a penalty. The very next play, backup quarterback Keller Chryst tripped over his lineman’s feet, fell into the end zone, and was called for a safety.

To make matters worse, Tennessee was flagged for an unsportsmanlike conduct penalty on the play, which set up Alabama near midfield after the free kick. Tua Tagovailoa threw his fourth touchdown of the game four plays later.

Pruitt needs a lot of work to get this team ready for next season, but this entire sequence basically sums up what it’s like playing Alabama in 2018.

The pride of Assumption College is slowly playing his way into the eyes of NFL scouts with his rockstar season so far. He earned SEC Special Teams Player of the Week for his performance against Mississippi State, and his second nod into FanBuzz’s Stud column.

Tracy made all four of his field goals during LSU’s 19-3 win over the Bulldogs on Homecoming, giving the graduate transfer 12-straight makes heading into the Tigers’ week off. Tracy is 21 of 23 on the season, as well as a perfect 24-for-24 on PATs on the year to lead the SEC in points scored (87), which ranks fifth in the nation in that department.

It’ll be an incredible game when LSU hosts Alabama in two weeks for a potential play-in game for the College Football Playoff, and Tracy’s toe might be the key to a late LSU upset of the Tide.

msu fans: nick just complete a pass to our team

What started as a potential Heisman run has turned into a complete disaster for Fitzgerald as a passer this season. His legs aren’t the issue having ran for 131 yards against LSU’s top-25 defense, but he’s totally fallen flat throwing the ball as a senior.

Fitzgerald mustered eight completions over 24 attempts for 59 passing yards and a whopping four interceptions. On the season, Fitzgerald is completing 46.9 percent of his passes and has four passing touchdowns against seven interceptions.

Mississippi State falls to 1-3 in the SEC and 4-3 overall, and have fallen out of the AP Top 25. It’s an uphill battle now for the Fitzgerald and the Bulldogs’ 110th-ranked passing offense with games against Texas A&M and Alabama in two of their next three.

In desperate need of a win to start the second half of their season, Auburn traveled to face Ole Miss in a must-win SEC West game. Gus Malzahn’s team responded with their best game since beating Washington on opening weekend, and they rode redshirt freshman running back JaTarvious Whitlow the entire way.

“Boobee” Whitlow carried 19 times for 170 yards and caught four passes for 38 yards and the game’s first touchdown for the first 200-yard game of his young career.

Auburn won the game 31-16 to notch their fifth win, and now get a week of rest before taking on a ranked Texas A&M team to start November.

Through 46 minutes and 12 seconds on Saturday, Vanderbilt had done everything in their power to outplay the No. 14 team in the country on the road. Vandy was driving inside the Kentucky 20-yard line facing a fourth down with one yard to go. Rather than take the points, the Commodores tried to convert and keep the drive alive, but fumbled the ball.

Kentucky woke up, went on a 12-play, 80 yard drive capped off by a Benny Snell touchdown, and held on to win 14-7. The Commodores forced two turnovers and nearly survived a 169-yard rushing night by Snell, but couldn’t hold on long enough.

Vanderbilt managed 284 yards of offense without their leading rusher, Ke’Shawn Vaughn, who did not make the trip due to an injury, and held Kentucky to 298 yards of their own. It was a loss for the Commodores, but it speak volumes to the fortitude Derek Mason’s team has facing one of the nation’s best teams in enemy territory.