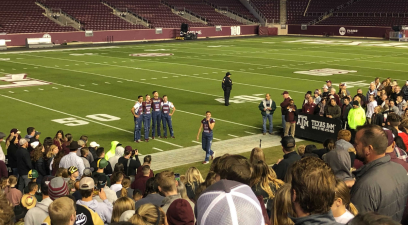 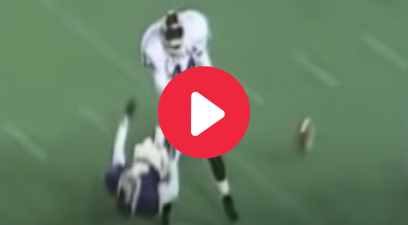 College football’s bowl season is losing its luster. Unless your favorite team is playing in a New Year’s Six bowl or are good enough to land in the College Football Playoff, competing for the Bad Boy Mowers Gasparilla Bowl title isn’t exactly inspiring.

But in the end, that final win means a lot. Teams can reach the program-shifting 10-win plateau. Teams with 6-6 records are remembered with either a winning or losing season. In some cases, teams trying to prove their year wasn’t wasted can launch themselves into the offseason with momentum, both on and off the field.

That last sentiment can’t be more true for the Texas A&M Aggies. Year Two under head coach Jimbo Fisher likely wasn’t ending with a national championship, but opportunities to ruin the College Football Playoff picture were bountiful. Beginning the season ranked No. 12 in the AP Poll, the Aggies smoked Texas State, 41-7. The five-game stretch that followed included three top 10 teams ? Clemson, Auburn and Alabama ? two of which were ranked No. 1 when they played.

Texas A&M lost all three of those games by a combined 41 points.

Heading to Oxford next week to take on Ole Miss.#GigEm pic.twitter.com/NibYJJiHxj

Falling to the realm of the unranked, the Aggies ripped off four-straight wins ? true freshman running back Isaiah Spiller shined with 514 rushing yards and five touchdowns in that span ? before back-to-back road matchups against fourth-ranked Georgia and top-ranked LSU.

The Aggies fought hard, but stumbled and lost both games to finish the regular season 7-5.

Yes, playing that many elite teams is tough for any program. But taking away TAMU’s losses, the combined record of teams they beat was 27-57. Mississippi State was the only opponent to win at least six games. Not exactly elite competition.

RELATED: Ranking Bowl Games by Their Weird Sponsors That Don’t Relate to Football

Jimbo Fisher’s team isn’t there yet in a packed SEC West division. TAMU ranked near the middle of the FBS pack on offense ? 71st in total offense and 62nd in scoring ? and ranked 31st in total defense, while allowing 22.7 points per game.

The Aggies are coming, but they need to beat the Oklahoma State Cowboys in the Texas Bowl to convince future SEC-bound recruits that College Station is really the best place for them.

“I think they are the best 7-5 team in the history of the NCAA in my opinion.”

“They are definitely a top-20 team. I haven’t started watching tape on them. I watched them on TV a couple times. I know that they are very athletic. I know that their quarterback, he?s a third-rated quarterback in the SEC, only behind the Heisman Trophy winner [LSU’s Joe Burrow] and behind Tua [Tagovailoa]. So it will be a great challenge for us.”

Sitting on an 8-4 record, the Cowboys finished the regular season ranked No. 25 in the final College Football Playoff rankings. Ranked wins over Kansas State and Iowa State overshadowed Big 12 Conference losses to Texas, Baylor and Oklahoma, but Mike Gundy’s Cowboys are as dangerous as any team in college football.

Oklahoma State won’t a cake walk. Mike Gundy is 9-4 coaching in bowl games, including three-straight postseason wins. If Texas A&M wants to prove they’re really “the best 7-5 team in the history of the NCAA,” they have to win this game.

The Academy Sports + Outdoors Texas Bowl takes place at NRG Stadium in Houston on Friday, December 27. Kickoff is at 6:45 p.m. ET and will air on ESPN. The Aggies opened as a three-point favorite to beat Oklahoma State.