America’s Leading Rusher Has 3,500 Yards, But Only 2 Major Offers 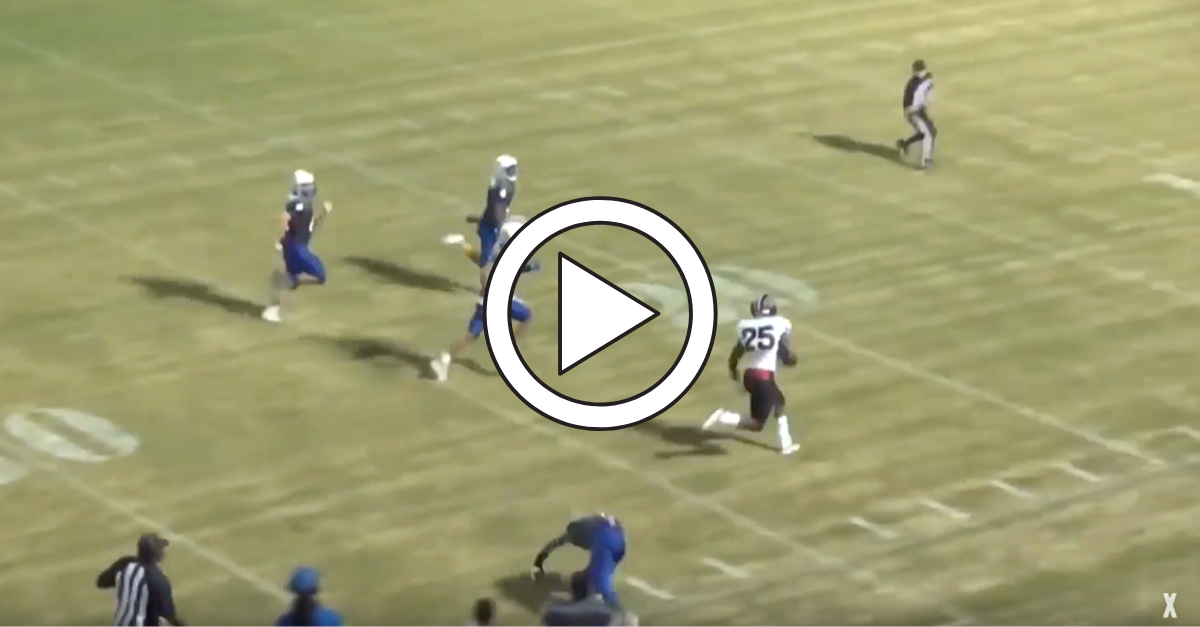 Sleeper is the buzzword every sports fan loves to throw around. In the NFL, predicting which team will be the playoff party crasher is always a preseason treat. When March Madness comes, it’s all about “Cinderella.” But in college football, it’s usually rare for big-time players to be “sleepers” and live under the radar.

From the time kids enter high school — and even earlier these days — college football programs are watching. They see big games, bad camps and every movement on social media. Scouts travel year-round to meet recruits and their families until the head coach hops a plane to come sit on their couch. Recruiting can be a dirty business, but everyone who’s worth it gets heard. That is, almost everyone.

Meet Daleville’s Jalen White. The senior running back’s Class 2A team in Alabama went 7-3 during the regular season and faces Leroy (8-2) in the first round of the 2019 AHSAA playoffs. Listed at 6-foot-0 and 203 pounds, White is built to play college football.

However, the three-star prospect and No. 3 RB in Alabama holds only a few offers, according to 247Sports — North Alabama, Alabama A&M and Tennessee State, plus his lone FBS offer is from South Alabama in the Sun Belt Conference.

So tell me. How does America’s leading rusher — White totaled 3,381 rushing yards and 46 touchdowns in 10 games — slip through the cracks this long?

Entering the first round of the Alabama playoffs, White was on the doorstep of history. Dale County alumni Jamarius Henderson set the Alabama high school state record at 3,483 rushing yards just a few years ago.

As a junior last year, White put up more than 1,700 yards and led the Daleville Warhawks to the second round of the playoffs. In just the final two games of his senior season, White racked up 927 yards and 15 touchdowns on 35 carries against Geneva County and Barbour County, according to MaxPreps.

Daleville's @JalenJWhite1 rushed for an unbelievable 419 yards and five touchdowns last night against Straughn. That is not only a school-record for game but is also the 10th highest rushing total for a single game in state history, according to the AHSAA.

RELATED: Nation’s No. 1 All-Purpose RB Has 25 Offers and Counting

White jumps out on his film. His numbers and team performance back everything up, so why are major schools not offering him?

“Schools probably think it’s not as competitive, which could be true, but I don’t know,” White told 247Sports. “I’m just as talented, if not better, than players in higher classifications. I went into this season with a chip on my shoulder and it’s been all about proving myself this season.”

White says his dream school is the University of Oregon Ducks. The senior did tell AL.com that he’s received interest from Florida, Tennessee, and Maryland among other Power Five schools, but none offered him through the beginning of November.

Somebody get this kid a scholarship.

White announced via his Twitter account that the Sun Belt’s Arkansas State Red Wolves offered him his second FBS-level scholarship.

This post was originally published November 5, 2019. It was updated when his record-setting season ended, as well as White’s recruiting after the season.