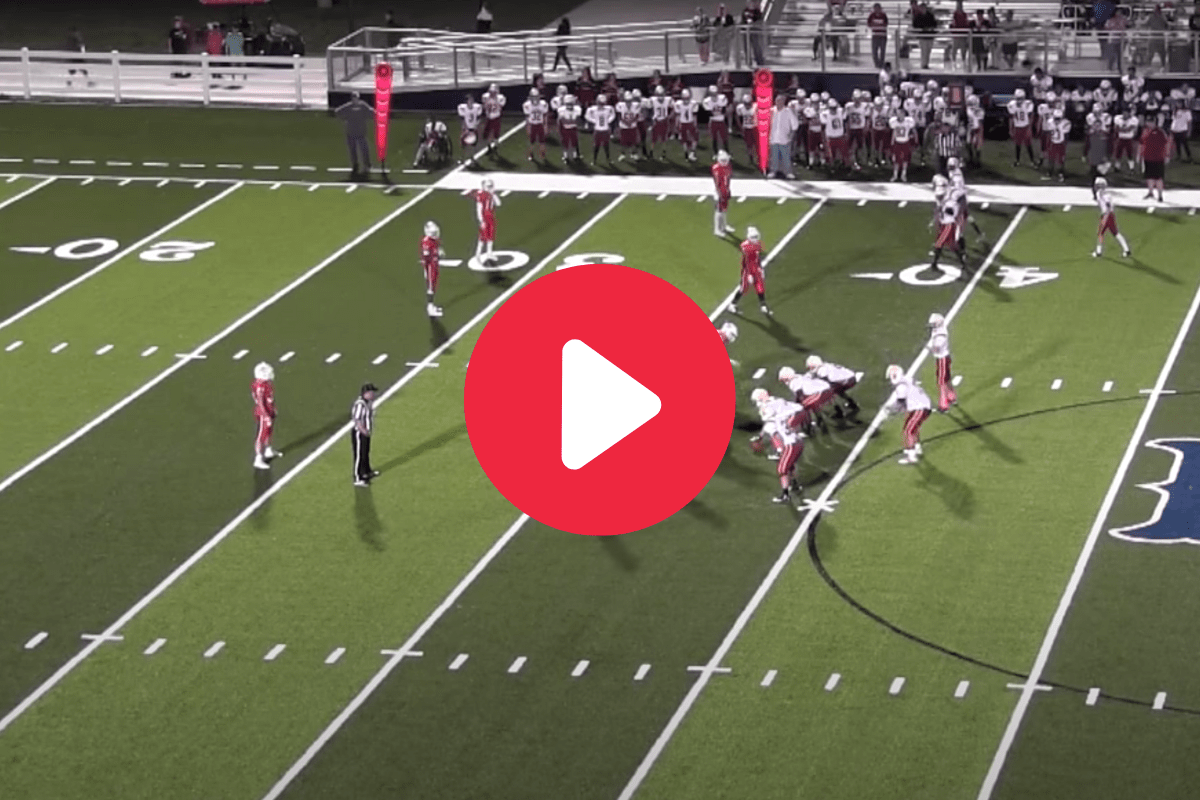 If I started a petition to require football players weigh a certain amount before taking the field, how many would sign it? Football would simply be more entertaining if every player weighed 300 pounds.

Think about it. A 400-pound running back carrying the pigskin. A dude shaped like a watermelon playing cornerback. A quarterback that looks like Ben Roethlisberger ate one too many cheeseburgers. I’d pay good money to see those games.

Of course, there would have to be trick plays. Something tells me it would look a lot like this lineman-to-lineman passing play in Arkansas.

Lakeside Junior High‘s football team decided to spice things up with a nifty trick play in a 2016 game.

The play design was as follows: guard Brayden Elliott, who stood 5-foot-11 and 290 pounds as a ninth grader, took the snap as the quarterback. Harrison Morgan, the 230-pound center, snapped the ball and immediately took off forward like a locomotive.

Morgan slashed through defenders and got open before making a spectacular one-handed catch. He even barreled over a dude before a frenzy of defenders took him down.

The pass play may have only went for about 22 yards, but it should live on forever in football history. For those adding up at home, that’s 520 pounds of madness.

We’ve seen numerous trick plays that involve turning a lineman into a wide receiver, running back and even quarterback. But this one? This one is revolutionary.

No NFL head coach in their right mind would probably ever trust two offensive linemen with a play like this. But let’s imagine for a moment what it would look like: The 318-pound Trent Williams drops back in the pocket. He scrambles a bit before heaving one deep to his 315-pound wide receiver Laremy Tunsil, who hauls it in and stiff arms three players before diving into the end zone.

Someone please make it happen.