America isn't rooting for the Houston Astros to win the World Series against the Philadelphia Phillies and that's completely understandable. The Astros tainted their championship victory in 2017 and called all their success into question when it was revealed that Houston illegally used a trash can and cameras to help steal opponents' signs and relay the coming pitch to hitters.

Since the scandal was revealed in 2019, Major League Baseball fans across the states have heckled, booed and generally tormented the Astros while they have played at visiting ballparks across the big leagues. As much as people outside of Houston don't like the Astros, there is a realistic scenario for growth in baseball if the Astros win their second championship in 2022. 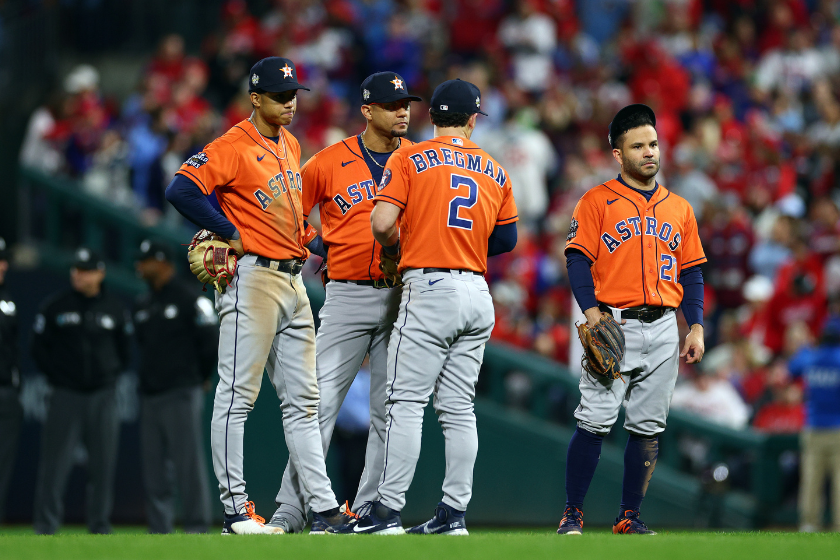 RELATED: Simone Biles' First Pitch Backflip is One of a Kind

You could maybe call it the Golden State Warriors effect. The Warriors were incredibly disliked by NBA America, and rightfully so. They were good--really good. Golden State won a title in 2015. Led by their back-to-back MVP winner Stephen Curry, the Warriors then set the record for most wins in an NBA regular season with 73 in 2016 and came within minutes of back-to-back titles. So, what does the most hunted team do after losing? Sign one of the best players in the world, Kevin Durant, and win more championships.

Now carry the same type of scenario over to Major League Baseball. Houston has made the World Series four times in the past six years. They won in 2017 and have made it back two times since, even after it was revealed that the team cheated in 2017. On top of that, many of the team's prime figures only defended themselves and the team as news came out.

"When you analyze the games, we won fair and square," Twins star Carlos Correa said in an interview with MLB Network in early 2020. "We earned that championship."

Infielder Jose Altuve has been accused by several sources of wearing a buzzer in which helped him guess the pitch he hit against Yankees star reliever Aroldis Chapman.

For what it's worth, MLB never found any proof of a buzzer and Altuve may have not used the trash can system to help his at bats as his teammate Correa claimed.

Still, the act of firing back when you've been caught in the wrong is a bold move in the face of criticism, and that only built the level of hate and resentment against the Astros.

"I thought the apologies were whatever," Dodgers Outfielder Cody Bellinger said after the news of the Astros cheating was released. "I thought [Rob] Manfred's punishment was weak, giving [the players] immunity. Those guys were cheating for three years. I think what people don't realize is Altuve stole an MVP from [Aaron] Judge in '17. Everyone knows they stole the ring from us. But it's over."

Yet, hate can easily equal interest, and both the Astros and the Warriors have proved that much. 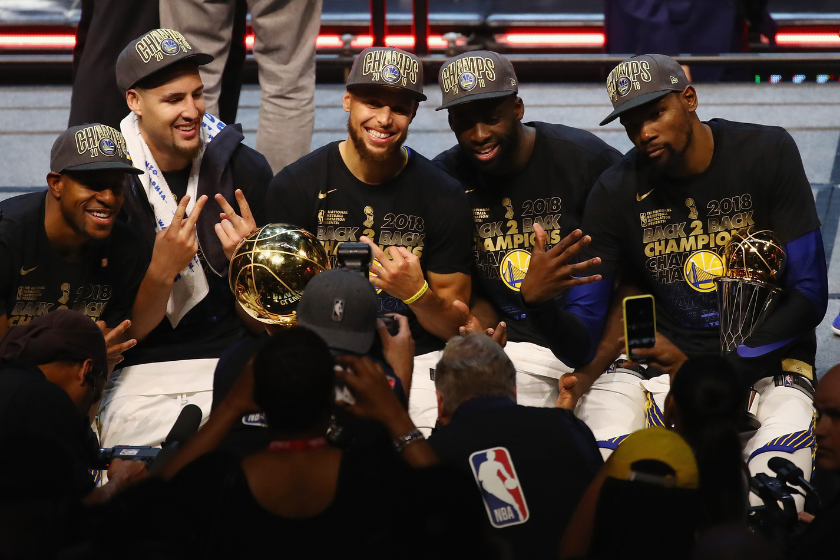 The NBA saw an enormous amount of growth during the Warriors' dynasty years from 2015 to 2019 when the team made the Finals every year. According to RunRepeat, the league's revenue climbed from $5.2 billion in 2015 to an all-time high of $8.8 billion in 2019. No such exponential growth has been seen at any other time in NBA history.

At the same time, NBA Finals ratings were steady and solid. Averaging 18.7 million viewers over the five straight series involving Golden State, the Finals also drew in an amazing average audience of 20.43 million viewers in 2017 and a record 31 million viewers for the memorable Game 7 of the 2016 Finals. Game 7 was the most watched game since Michael Jordan's last as a Bull in Game 6 of the 1998 Finals.

MLB is reportedly expecting the league revenue to come back up again after dropping due to the pandemic and its lasting consequences. MLB's chief revenue officer told Forbes that league revenue will be over $10 billion in 2022. Baseball also had a 99-day lockout to begin the 2022 season, which certainly took some potential revenue out of the pot as players didn't show up to Spring Training sites until the middle of March.

Though MLB is still amongst of the top earners in America, there is room for improvement. At face value, the Astros cheating scandal opens the door for cynics and others to denounce the sport and decrease growth.

The same fans that denounce the Astros, however, would love to watch them battle their team as Houston visits town. MLB could capitalize on this kind of resentment to build the drama as the Astros upset every fanbase they play in front of.

After all, the formula is proven; all you have to do is look at one of the most rapidly growing leagues, the NBA. In a messy situation, baseball has the chance to come out on top and help the game rise again.

MORE: No-Hitter, No Thank You: Combined No-Nos are a Boring Sign of a Changing Game