After the Golden State Warriors failed to receive an invite to the NBA bubble in 2020 and lost to the Memphis Grizzlies in the play-in tournament in 2021, many NBA fans strongly believed that Wardell Stephen Curry and company were on their way to consistent failure in the league.

From their point of view, the Warriors had no chance of putting together an NBA championship-caliber roster and making their presence felt in the Western Conference anytime soon. Besides, the Phoenix Suns still had unfinished business to complete following their crushing defeat to the Milwaukee Bucks in Game 6 of the 2021 NBA Finals, so why would anyone waste time tracking the Warriors' progress, right?

Well, I'm guessing those individuals feel silly now that the Warriors are NBA champions for the fourth time in eight seasons. To secure their fourth title, Steve Kerr's bunch had to take down Nikola Jokic and the Denver Nuggets, Ja Morant and the Memphis Grizzlies, Luka Doncic and the Dallas Mavericks and finally, Jayson Tatum and the Boston Celtics, which wasn't easy by any means.

In the end, big-time players stepped up for the Warriors and demonstrated they could be trusted to make momentum-shifting/game-changing plays on the floor. Sure, the Warriors have had their struggles, but they've been the most successful franchise in the NBA since 2014. How has the Golden State Warriors dynasty found so much success you ask? Well, let's explore that right now.

The Warriors Should Teach a Masterclass on the NBA Draft 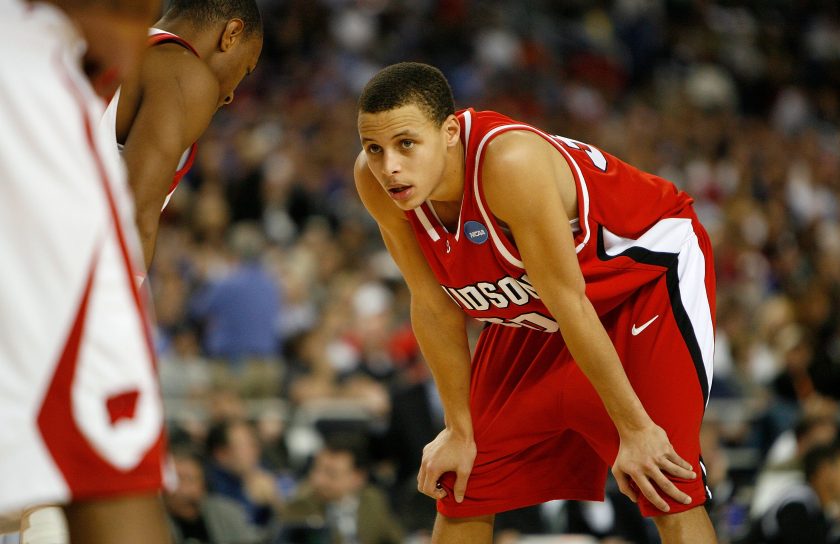 Once a team decides that it would be best for them to enter rebuild mode, they should be prepared to pay close attention to college basketball and draft players who could potentially elevate their franchise. Once the 2008-09 NBA season concluded, the Golden State Warriors, who were coming off a 29-53 campaign, elected to take Steph Curry seventh overall in the 2009 NBA Draft.

The Davidson star averaged 25.3 points per game for his career and led the Wildcats to the Elite 8 in 2008. He also shot above 50 percent from the field and 38 percent from deep during his time with Davidson. However, Curry's slender frame and questionable defense caused many analysts to go out on a limb and declare that it would take him years to make his mark in the NBA. However, Curry didn't let his visible weaknesses prevent him from starting his professional career on a positive note and showing promise during his first two seasons. In 2011, Klay Thompson joined the party after the Warriors selected him 11th overall and gave him a chance to grow alongside Curry. The three-point shooting specialist played three seasons at Washington State and improved his scoring each year with the Cougars. He had a mediocre rookie season, but the front office remained optimistic about his future with the franchise.

Following Thompson's first year in the pros, the Warriors added Draymond Green to the mix in the 2012 NBA Draft. The Michigan State alum was a four-year college player who transformed himself into an intriguing NBA prospect under Tom Izzo. Like Thompson, Green didn't exactly set the league on fire as a rookie, but he continued to sharpen his skills and make adjustments to his game with the Warriors. By 2014, Golden State had formed a daunting big three that was prepared to take over the NBA.

Curry, Thompson and Green led the Warriors to a title in 2015 after winning 67 games in the regular season and finishing the postseason with a 16-5 record. After that season, NBA fans had no choice but to tune in to see what the splash brothers and do-it-all forward had in store for them next. Their unbelievable 73-9 record in 2015-16 should tell you they didn't disappoint during the regular season, but I don't think they'll ever be able to live down their epic collapse in the Finals. Who can forget Lebron James and the Cleveland Cavaliers overcoming a 3-1 series deficit and winning their first championship in franchise history on Golden State's home floor?

Still, the Warriors showed that they were the team to beat in the Western Conference and deserved to be viewed as a dangerous ball club. They quickly rebounded from their deflating Game 7 loss by eliminating the Cavaliers in the 2017 (4-1) and 2018 NBA Finals. Once again, though, their haters got exactly what they wished for when the Warriors fell to the Toronto Raptors in the final round of the 2019 playoffs, and it was even sweeter when Kevin Durant left for the Brooklyn Nets that summer. 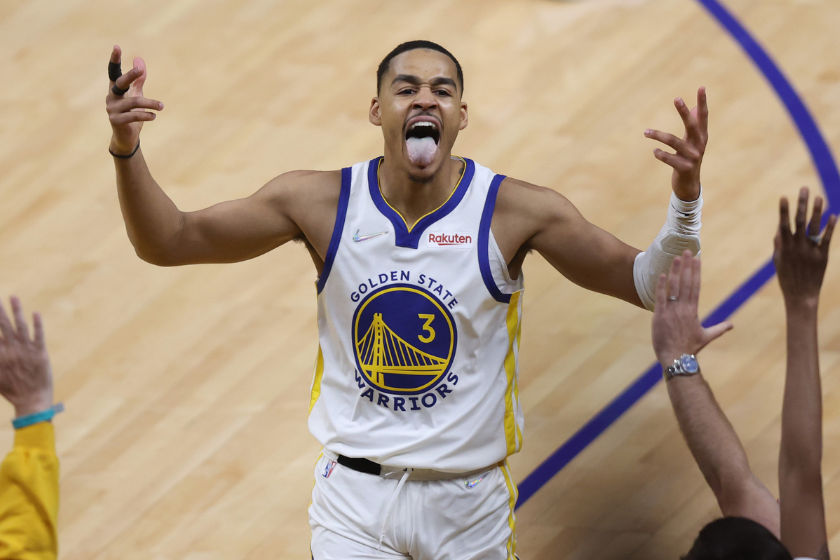 The Dubs returned to the drawing board and made a crucial NBA Draft decision that is now paying off for the franchise. Jordan Poole, who is commonly known for hitting an insane game-winning three-point jumper to knock off Houston in the 2018 NCAA Tournament, was selected 28th overall by the Warriors in 2019. The former Michigan guard's ability to drill clutch shots when the pressure was on seemed to impress the Warriors, which is why they felt the need to scoop up the Milwaukee, Wisconsin native late in the first round.

After taking a couple of seasons to get acclimated to the speed and athleticism at the NBA level, Poole experienced a breakout season last year and helped the Warriors win their first title since 2018. He averaged 18.5 points and 4.0 assists while shooting 92.5-percent from the charity stripe. If you checked Poole out for the first time in the postseason, then you probably picked up on his confident demeanor immediately. Instead of panicking when he was asked to make plays in Game 6 of the NBA Finals, for instance, Poole rose to the occasion and scored the basketball like a true professional. I understand that it's still early, but It's starting to look like the big shot maker is another home run draft pick for the Warriors.

And we haven't even seen the final forms of James Wiseman and Jonathan Kuminga yet.

They Mastered Free Agency, Too 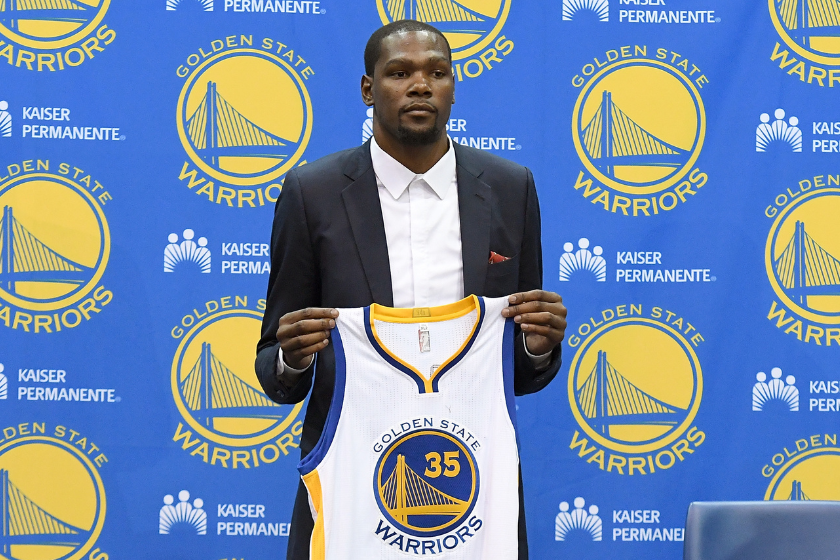 RELATED: Maybe the Celtics Are Not the Villains in the Jaylen Brown Trade Rumors

When a team is firmly in win-now mode, they must acquire additional NBA players through free agency if they want to stay relevant in the years to come. If you go back and analyze the 2014-15 Warriors squad, you'll see that the Dubs had two veteran players on their roster who knew how to make the team better. The mid-range assassin, otherwise known as Shaun Livingston, was brought in prior to the start of the season while Andre Iguodala, who has been a defensive pest since he entered the league in 2004, was going into his second year with Golden State. They were both valuable contributors on the 2016-17 and 2017-18 championship teams as well (Iguodala won another ring with the Warriors this year essentially as a player-coach).

During those two magical seasons, the Warriors were practically unstoppable thanks to the major addition of Kevin Durant in the 2016 offseason. The highly skilled forward left the Oklahoma City Thunder after the Warriors sent them home in the Western Conference Finals, which angered fans who thought that the league would suffer from being unbalanced. Luckily for Golden State, Durant blocked out the noise, notched 20-plus points per game, and racked up two Finals MVPs as one of the Warriors' main offensive weapons.

It would also be a crime to leave out guys like Nick Young, JaVale McGee and Quinn Cook. Young was only with the team for the 2017-18 season, but he both performed adequately off the bench and didn't overdo it when Steve Kerr called his name/number. McGee didn't score a ton of points while he was a member of the Warriors from 2016 to 2018, but he was able to earn minutes by challenging shots at the rim and making opponents think twice about laying the ball up nonchalantly. Cook impressively controlled the tempo of games while also staying aggressive on the offensive end with the Warriors from 2017 to '19.

Giving Players the Chance to Prove Themselves 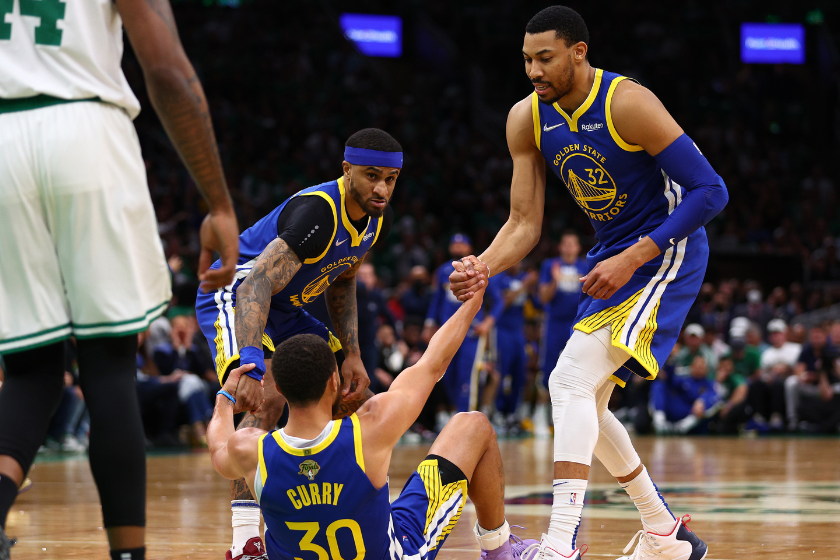 In order to climb back up to the top in this past season, the Warriors needed to get some production from a different supporting cast, which wasn't much of an issue for them. I think that Steve Kerr would admit that the contributions from Otto Porter Jr., Gary Payton II and Andrew Wiggins (who were added between 2019-2021) were massive down the stretch of the season, even though Steph Curry was the star of the show. While Porter was more effective as a catch-and-shoot perimeter player, Payton moved extremely well off the ball and regularly locked up on the defensive end. Additionally, Wiggins proved that he's still a high-level scorer in the NBA who can also be a force on the defensive glass when he chooses to be.

Even if you don't live in the Bay area or if you don't consider yourself a loyal Warriors supporter, you should give the franchise credit for creating a winning culture in the Bay. Of course, their doubters will always pop up whenever they appear to be going through a rough patch, but that'll only motivate them to get their act together and return to their winning ways pronto. If they continue to execute this two-step plan, they'll have 10-plus total championships in no time, dethroning Michael Jordan and the Chicago Bulls as the greatest dynasty in NBA History.

MORE: The All-Time Golden State Warriors Starting 5 Could Create A Dynasty of Their Own