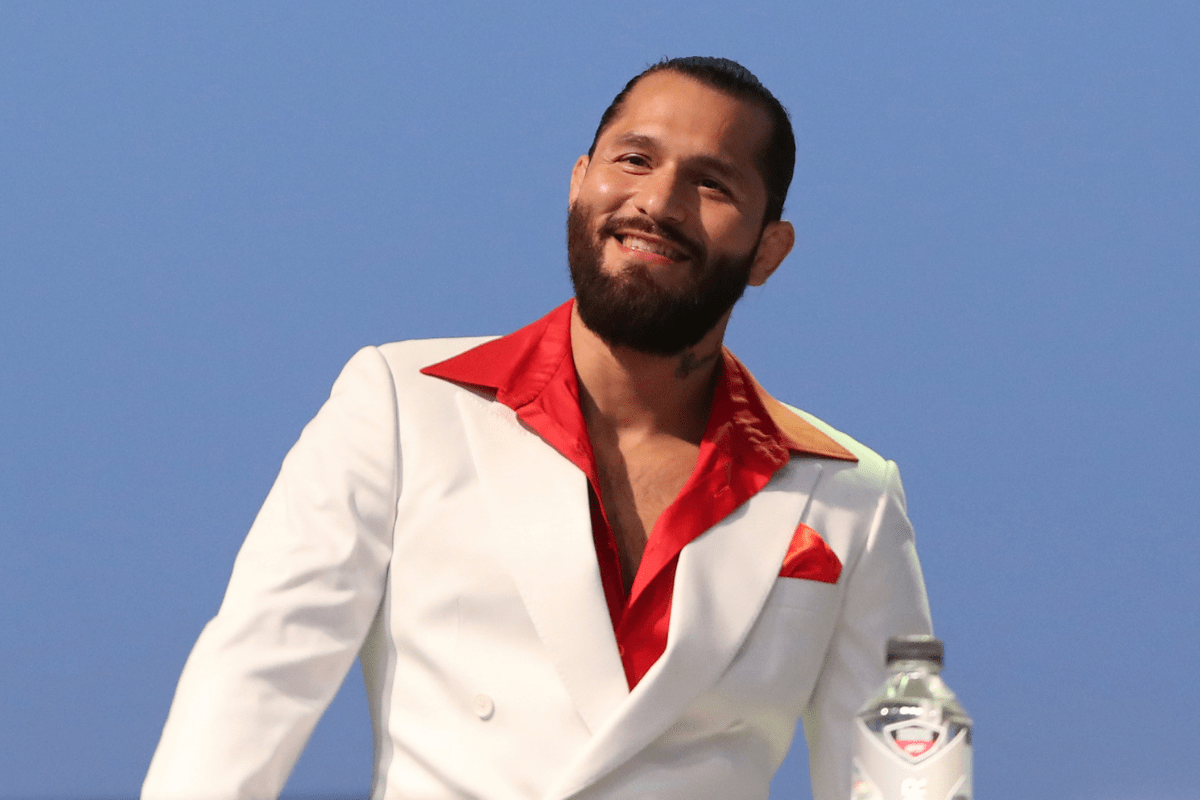 UFC welterweight Jorge Masvidal is a bad motherfucker. That’s not hyperbole, either. Masvidal first held the “BMF” title after winning it in a TKO victory over Nate Diaz at UFC 244.

If being the first-ever BMF champ wasn’t enough, walking badass Dwayne “The Rock” Johnson awarded the mixed martial arts star his new belt after the fight.

But don’t be fooled. Underneath that hard exterior, behind every flying knee knockout, there is a proud father and son whose career is fueled by his family.

Who Is Jorge Masvidal’s Wife?

UFC star Jorge Masvidal has said on numerous occasions that he prefers to keep his personal life in the shadows. That’s especially true when it comes to the woman believed to be the mother of his three children, Iman Kawa.

The two were reportedly together for a decade before splitting in 2019 and reportedly share three children; two daughters and a son.

Kawa — the sister of Malki Kawa and Abraham Kawa — is a professional chef and even showcased their relationship back in 2017 on her YouTube channel, Better Than Your Mother’s.

Ahead of UFC 261 — a rematch between Kamaru Usman and Jorge Masvidal — MMA star Colby Covington posted a picture on social media of him playing video games with a woman named Maritza in Miami.

“Out here playing games with Mrs. Masvidal,” the caption reads. “Great catching up with you Maritza!”

The woman is rumored to be Jorge Masvidal’s ex-wife Maritza Masvidal.

When he was younger, Masvidal’s father went to jail for drug trafficking charges, as Masvidal told ESPN’s Ariel Helwani. That stint was a 22-year prison sentence for which he served about 18 years, which came during Masvidal’s youth ? For the majority of his adolescence, Masvidal regularly visited his dad in prison, where father-son lessons of not making the same mistakes as his dad were instilled.

Jorge “Kalifa” Masvidal defected to the United States at age 14. Today, the Cuban father works with his son and lives a standup life.

On Father’s Day in 2019, Masvidal sat down with ESPN and wrote a letter to his dad, thanking him for the lessons and leadership that taught him how to be a father and man. Even cooler, his dad was in the other room listening the whole time.

Little is known about Masvidal’s Peruvian mother. The woman who worked harder than most to make a living showed her only son that same work ethic, which he still carries today (Early in Masvidal’s career, he spent several months sleeping his car, in gyms, under boxing rings; anywhere he could while he chased his dream.)

He told Ariel Helwani that the two have a “good” relationship.

Since his professional debut as a kickboxer in the Absolute Fighting Championships back in 2003, Masvidal regularly main events pay-per-view matches with his striking style and never-back-down attitude.

The Miami, Florida native, who began street fighting at a young age, has fought for nearly every major MMA promotion, bouncing between lightweight and welterweight divisions in BodogFIGHT, World Victory Road, Strikeforce, and Bellator, among a few others, before his UFC debut in July 2012.

Masvidal earned Fight of the Night bonuses following a unanimous decision loss to Rustam Khabilov (UFC: Fight for the Troops 3) and a knockout victory over Darren Till (UFC Fight Night: Till vs. Masvidal). He’s also earned Performance of the Night bonuses four times, including his iconic flying-knee KO of Ben Askren at UFC 239. That five-second fight is the fastest knockout in UFC history.

After Gilbert Burns tested positive for COVID-19 during the coronavirus pandemic, Masvidal was inserted on less than one week notice to fight Kamaru Usman for the UFC Welterweight Championship at UFC 251.

It was the first time Masvidal stepped into The Octagon and challenged for a UFC championship. The MMA fighter’s BMF title was not on the line, but it was one of the biggest main events in recent memory, especially since it was at Dana White’s highly-anticipated “Fight Island” in Abu Dhabi, United Arab Emirates.

Jorge “Gamebred” Masvidal’s estimated net worth is $6 million, according to Celebrity Net Worth.

Wealthy Persons believes that number is closer to $14 million, most of which comes from his time in the Ultimate Fighting Championship.

This post was originally published on July 8, 2020 before updating.