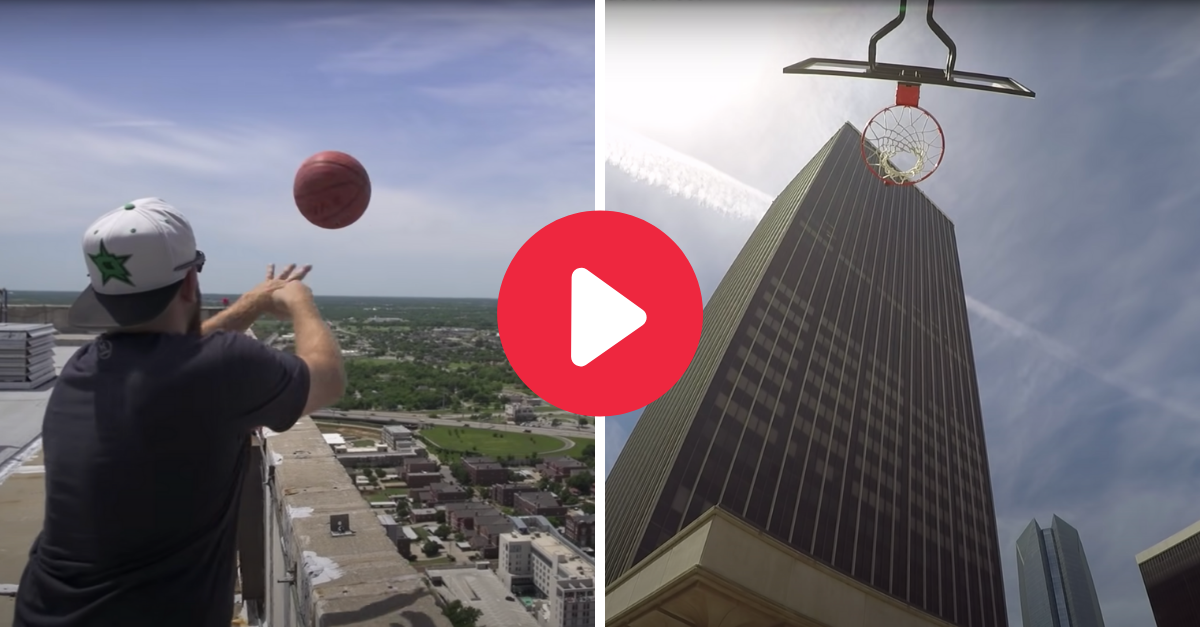 Everyone of us have dreamt about swishing a full-court shot. Heck, even half-court shots are rare. That’s why NBA teams put out promotions for fans to try and sink them for boatloads of cash.

Trick shots and basketball have gone hand-in-hand for as long as most people can remember. The Harlem Globetrotters were the first group to turn basketball into a showy, circus event. They went on to break world records and, since then, numerous groups have taken that same approach in garnering a following.

What began as a no-look shot in these guys’ backyard has turned into a multi-million-dollar empire, and they have an absolute blast making videos for their more than 50 million subscribers. That kind of following will net you quite the dollar signs, and it’s safe to say Dude Perfect worth a ton of money in 2020.

What Is Dude Perfect?

All Sports Golf Battle with @zacefron is LIVE ON YOUTUBE!! ⛳️⚽️🥏🏸 // Hit the link in our bio now for the epic showdown!

Dude Perfect is a YouTube channel and American sports entertainment group that first began in 2009. With 52 million subscribers, it is the most-subscribed sports channel on Youtube. That’s more than NBA, NFL, MLB and NHL’s YouTube accounts combined.

The five “dudes” consist of Coby Cotton, Cory Cotton, Garrett Hilbert, Cody Jones and Tyler Toney. They became famous for their basketball trick shots but now make all sorts of videos for their channel.

Twins Cory and Coby Cotton came up with the name when one of them uttered the phrase, “dude, perfect” during one video. The rest is history.

One of those shots was recorded and uploaded to Youtube, dubbed “Backyard Stuntmen.” The video was renamed to “Backyard Edition | Our First Video” but within a week of its release it drew 200,000 views.

The dudes saw potential in this idea. They posted a trick shot video from a summer camp, Sky Ranch, and gained nearly 20 million views on the platform. The crew made a pledge for every 100,000 views it got to sponsor a child from Compassion International, which helps impoverished children across the globe. They also left their mark on TAMU, introducing a panda mascot that taunts opposing teams during basketball games.

When ESPN approached Dude Perfect about filming something, Toney crafted an idea. They went to Texas A&Ms football field, Kyle Field, and sunk a shot from the stadium’s third deck. The ball soared through the air for 3.9 seconds, which at the time set a world record for longest basketball shot.

Fame quickly followed. Dude Perfect made appearances on First Take, Pardon the Interruption, Around the Horn and SportsNation. Five college buddies were living the dream, and that was only the tip of the iceberg at the time.

Dude Perfect has racked up more than 10 billion views since their first video. They divide their videos into categories such as Trickshots, Stereotypes, Battles, Overtime, Bro Mo, Athletes and Celebs, and Wipeout.

The group’s most popular video is “Water Bottle Trick Shots 2,” a simple idea which has gained 306 million views to date. “Ping Pong Trick Shots” is another wildly successful. Their stereotypes videos, such as pick-up basketball and fantasy football stereotypes, are often too hilariously relatable.

Often times athletes reach out to Dude Perfect, not the other way around. Evans, for example, partnered with them for his NBA Rookie of the Year campaign in 2010. Smart thinking.

Dude Perfect has been known to push the limits of what a trick shot is. In one video alone, they smashed 11 Guinness World Records. That included the absolutely mystifying world’s highest successful basketball shot from the top of building more than 500 feet in the air. Their record of 533 feet has since been broken by Aussie Youtubers How Ridiculous.

How Much Money Do They Make?

So, what’s it pay to goof off with buddies all day making videos? Very handsomely, it turns out.

According to Forbes, the dudes at Dude Perfect raked in $20 million from June 1, 2018, to June 1, 2019. That figure made them the second highest-paid Youtube stars in the world.

It’s unknown if all five dudes split the money they make down the middle, but it’s likely they are all millionaires.

Dude Perfect also has other means of income, too. They launched a mobile game app for iOS and Android and even have their own TV show. The television series, The Dude Perfect Show, debuted on CMT in 2016 and then aired on Nickelodeon. Cory Cotton even published a book about the group’s success, titled “Go Big.”

It’s clear money is no object for the group, especially judging from their massive, trick shot heaven headquarters in Frisco, Texas. Man, they’re living the life.

What is Dude Perfect?s Net Worth?

Exactly ONE WEEK from this very moment the official Dude Perfect Documentary launches on @youtube!! Get your 🍿 ready, people 👊 #DudePerfectDoc

The “Dude Perfect net worth” must be a commonly searched term, because who wouldn’t want to get paid millions to hang out with their friends and shoot hoops all day every day?

Dude Perfect is worth an estimated $30 million in 2020, according to Celebrity Net Worth. That’s an awful lot of cash for an idea that began as a simple sandwich bet on a trick shot in their backyard.

These YouTubers are everywhere online. They’ve got more than 10 million followers on Instagram and 18 million on Facebook, proving they’re the kings of social media and trick shots. As long as they’re counting bills and having fun, expect them to keep on making awesome videos.