And for Coach Bud, it might be the only basketball topic he can't call his old mentor, the NBA's all-time winningest coach and (still) San Antonio Spurs coach Gregg Popovich, and ask for advice about.

Budenholzer won his first NBA title as a head coach in 2021, leading Milwaukee past the Phoenix Suns in the NBA Finals and bringing the Bucks their first championship since 1971. Budenholzer was an assistant coach under Popovich in San Antonio for 18 seasons, where he was a part of four championships before leaving to be the head coach of the Atlanta Hawks in 2013.

Success as a head coach was immediate. Bud led the Hawks to the postseason in his first season, in 2013-14, and won the NBA Coach of the Year award the following year behind a 60-22 regular season.

After parting with Atlanta following the 2018 season, he immediately signed to become head coach of the Bucks, where he again won 60 games and again was named NBA Coach of the Year in his first season in Wisconsin. After knocking on the door in 2019, and a disappointing exit from the bubble in 2020, Bud and the Bucks got over the hump and beat the Suns in six games to win the title in 2021. 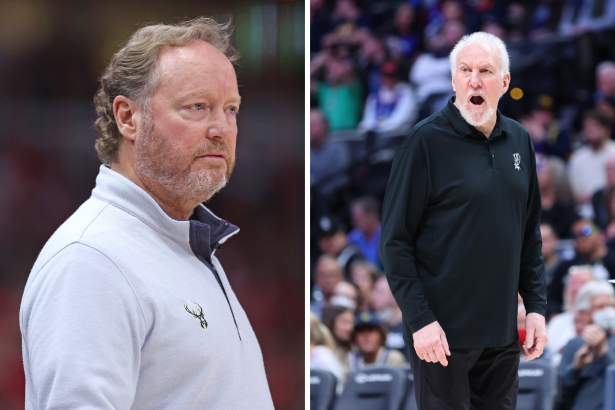 Now is the point when Mike Budenholzer wants to differ from Gregg Popovich. Popovich, despite winning five NBA Finals with the Spurs, never once won two in a row, a feat that, for NBA-Championship-winning coaches has actually become, well, rare. 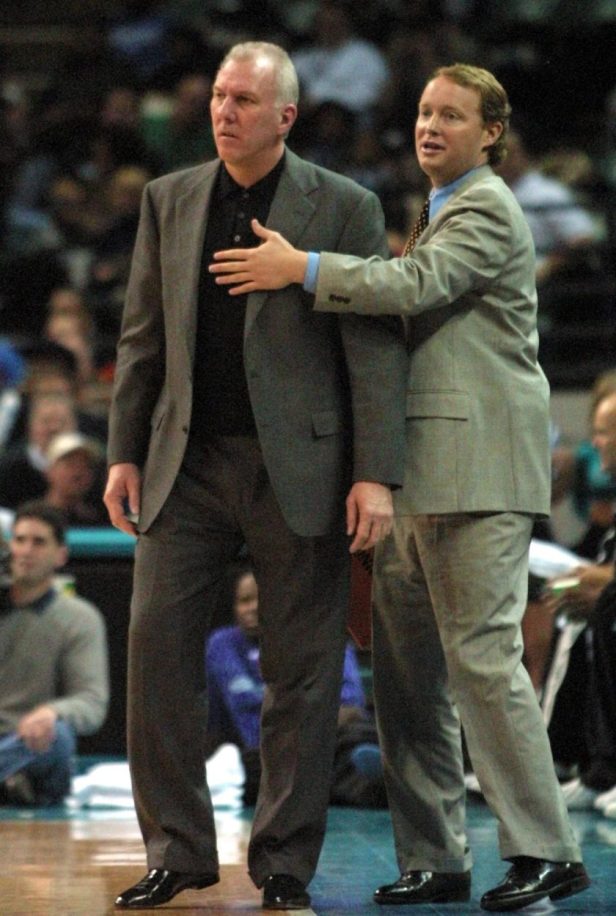 The NBA is a repeat league. It always has been. It started with the Boston Celtics, led by center Bill Russell and coach Red Auerbach, who won eight consecutive championships from 1959-66. And just since my own personal birth in 1984, the following events have occurred in the NBA:

That's six back-to-backs and three back-to-back-to-backs, with five San Antonio Spurs titles, all coached by Gregg Popovich, sprinkled in between. In a league where teams so often follow up championships with more championships, the Spurs are an outlier, winning five times without ever repeating as champion.

And last season, in 2021, the NBA Finals was won by the Milwaukee Bucks, coached by former Pop-protégé Mike Budenholzer. With a title now under their belt and a stacked roster complete with the best player in the league, the Bucks seem poised to make another run, and are favored by many to at least make a return trip to the Finals.

In a world where any NBA coach would be happy to say they did what Pop did, the question is whether Bud can do what Pop never did, and run one back.

MORE: Gregg Popovich's Net Worth: How "Pop" Coached His Way to a Huge Fortune