NBA Changed Its Travel Rule, But It’s Still Not Perfect 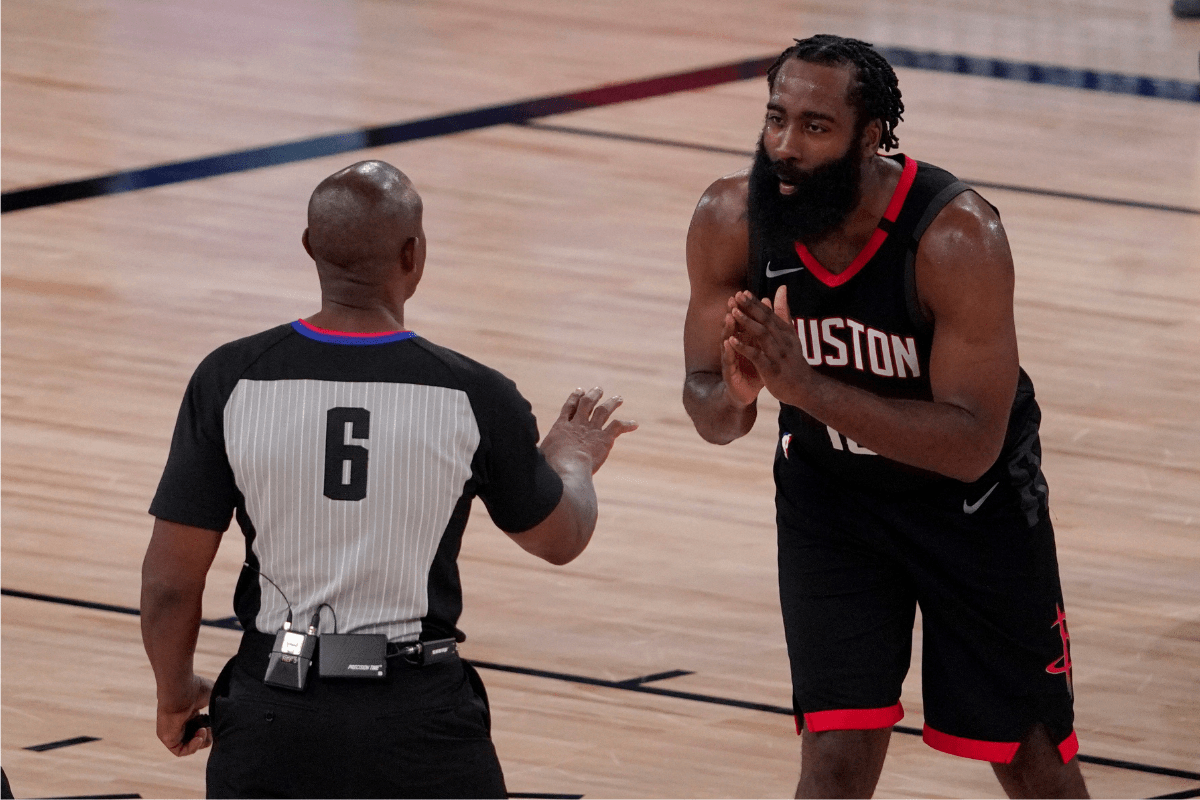 In the NBA, traveling is a gray area. Officials, or when trying to decipher a walk, detectives, are put in a tough position to make these calls. Guys like Houston Rockets guard James Harden and Los Angeles Lakers forward LeBron James, who manipulate the rules to their advantage, toy refs into blowing their whistle.

So why is the traveling rule so hard to define? Well, the league clarified the rule prior to the 2019-20 season.

RELATED: NBA Referees Make The Most Money in American Sports

The main factor when calling a traveling violation is determining when a player gathers. The league updated the definition with new language in the NBA rule book. The new rules read as follows:

Definition of the Gather

A. For a player who receives a pass or gains possession of a loose ball, the gather is defined as the point where the player gains enough control of the ball to hold it, change hands, pass, shoot, or cradle it against his body.

B. For a player who is in control of the ball while dribbling, the gather is defined as the point where a player does any one of the following:

(1) Puts two hands on the ball, or otherwise permits the ball to come to rest, while he is in control of it;

(2) Puts a hand under the ball and brings it to a pause; or

(3) Otherwise gains enough control of the ball to hold it, change hands, pass, shoot, or cradle it against his body.

In layman’s terms, the player is allowed two steps post gather step. Some guys are so quick when they gather ? leaving it to the discretion of the refs ? that it looks like a walk to the average fan, which is where the scrutiny is built from.

It’s up to NBA officials to determine when a player gathers, and NBA players love putting the pressure on them.

Given these rules agreed upon by the NBA Board of Governors, Harden’s famous step back and Euro step into field goal attempts are more than legal, even if it appears the 2018 NBA MVP’s completion of a dribble is murky.

?One of the most misunderstood rules in our game is how traveling is interpreted and appropriately called,? Spruell said. ?Revising the language of certain areas of the rule is part of our three-pronged approach to address the uncertainty around traveling. This approach also includes an enforcement plan to make traveling a point of emphasis for our officiating staff, along with an aggressive education plan to increase understanding of the rule by players, coaches, media and fans.?

Spruell appeared on ESPN’s The Jump in October 2019 to further elaborate on the rule change. The crew talks about traveling at the four-minute mark in the video above.

While switching a pivot foot is an easy traveling call, the gather is the basis of this contentious rule. The second step may seem like an extra step, but as long as it’s after a gather, it’s within the rule book’s confines.

MORE: Jeff Van Gundy Made a Boatload of Cash Before Working at ESPN