Richard Jefferson Called Off His Wedding in an Email 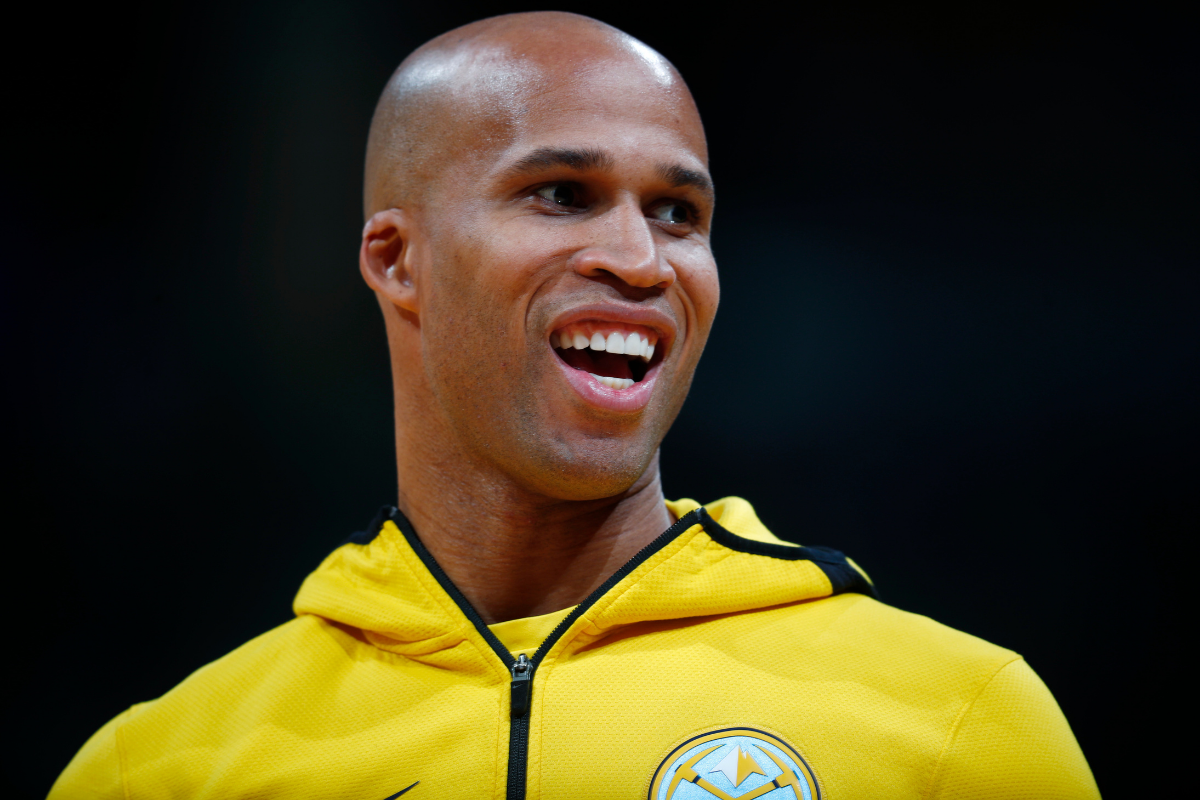 Getting hitched is a scary thing.

As a guy who’s been married for over 20 years and a newly minted empty nester, my wife wants to acknowledge my existence again. The timing couldn’t be worse. The NBA is about to crank up and cracking a cold one after clocking out occupies my every waking thought. This is literally my nightmare.

Richard Jefferson must’ve looked into the future and seen something similar.

In 2009, the former NBA player echoed the 1999 Richard Gere and Julia Roberts classic Runaway Bride — or in this case, runaway groom.

In the dating realm, the 6-foot-7 small forward hasn’t done too shabby. He dated softball phenom Jennie Finch while they were both athletes at the University of Arizona. The two broke it off when Jefferson was traded from the Houston Rockets to the New Jersey Nets on draft night in 2001.

The NBA player sparked his next serious relationship with Nets dancer Kesha Nichols. The fling started like any would: puppy love, traveling the world, encoding a treasure map into Scrabble games. Jefferson popped the question after five years of dating and the two were set to be married at the Mandarin Oriental hotel in New York City in July 2009.

Five days before the wedding, Jefferson called it off via email. I imagine it read something like this:

I hope this email finds you well.

Something came up and I can’t make our meeting this weekend. I’m unable to reschedule.

I apologize for the inconvenience.

He went on The Howard Stern Show to defend his decision:

Nichols’ family was informed of the wedding cancellation as soon as she heard the news. She held a big dinner and reception in the space for the guests who still showed up.

Jefferson, meanwhile, took his time spreading the word and alerted his side just before the scheduled ceremony, according to the Daily News. He allegedly gave his best friend his black Amex card to treat everyone to drinks.

Despite the last minute to break up, Nichols had no ill-will toward Jefferson:

“Richard didn’t do this to me, he did this for me,” she says. “He loved me enough to realize that this relationship was not going in the right direction, and he knew he wasn’t the person for me. So he cared enough about me to let me go and give me a chance at a new life and a new start.”

The two have since split, and Lourenco is now married to Juice Press founder Marcus Antebi.

Richard Allen Jefferson was born in Los Angeles, California on June 21, 1980. He attended Moon Valley High School in Phoenix, Arizona and led the basketball team to the 4A state championship in 1998.

He played college basketball for the Arizona Wildcats under head coach Lute Olson. In three years at U of A, he averaged 11.2 points, 5 rebounds, and 2.8 blocks. He was part of the squad that fell to Duke in the 2001 national championship.

Jefferson was the 13th-overall pick in the 2001 NBA Draft by the Houston Rockets and was immediately traded to the New Jersey Nets.

In 17 years in the league, Jefferson played for the Nets, Milwaukee Bucks, San Antonio Spurs, Golden State Warriors, Utah Jazz, Dallas Mavericks, Cleveland Cavaliers (where he won an NBA championship alongside LeBron James in 2016) and Denver Nuggets. The first round pick averaged 12.6 points, 4 rebounds, and 2 assists for his career.

Here are the American professional basketball player’s most notable accomplishments:

Jefferson was a member of the bronze-medal winning United States basketball team for the 2004 Summer Olympics in Athens.

Jefferson has become something of an afternoon buddy for me. The basketball analyst is a regular on ESPN’s NBA Today. He and Kendrick Perkins are among the most consistent former players who share their insight.

On the airwaves, Jefferson co-hosts the Road Trippin’ podcast with Channing Frye and Allie Cliffton.

MORE: Candace Parker Comes Out, Reveals She & Her Wife Are Expecting First Child