When Dallas Cowboys quarterback Dak Prescott went down with a gruesome ankle injury this season, a backup with red hair colloquially known as "The Red Rifle" was thrusted into the starting quarterback role of America's Team, starting a career resurgence for the one-time star signal-caller.

The Cowboys signed the veteran passer after the Bengals drafted Joe Burrow with the first-overall pick in the 2020 NFL Draft, and are probably happy they did. The $3 million, one-year deal that can become $7 million depending on incentives looks like a great deal in hindsight now that Prescott will be sidelined for the season. Since then, Dalton has moved on to the Chicago Bears and then to the New Orleans Saints where, once again, an injury to the team's starter has forced his head coach to thrust him into the huddle.

And while that's got to be stressful for the former TCU start, Andy Dalton happens to have an incredible support system to come home to after a tough game. Let's meet his wife Jordan and their three children. 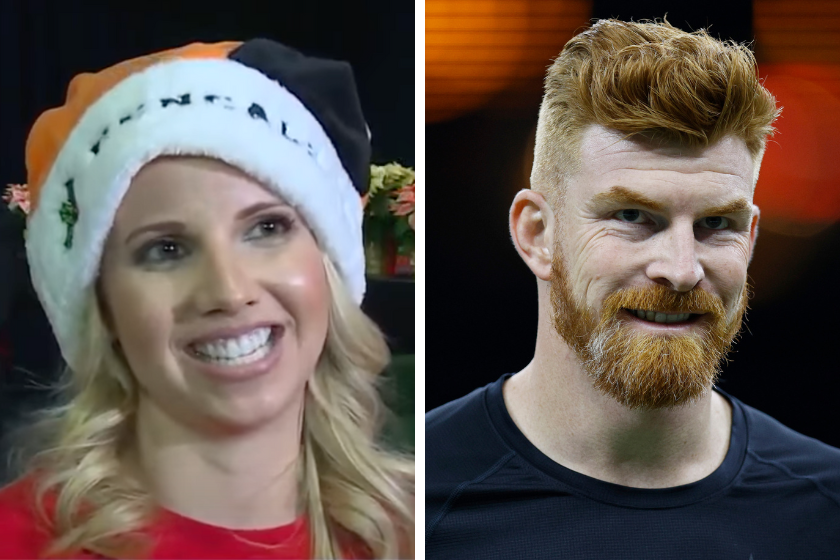 NFL quarterback Andy Dalton grew up in Katy, Texas, just outside of Houston, and became the star football player at Katy High School before earning a scholarship to play college football for Texas Christian University. While the American football quarterback developed into a two-time Mountain West Conference Player of the Year for the TCU Horned Frogs, he also met his future wife: Jordan Jones.

The pair tied the knot in 2011, per Heavy.com, and have been going strong ever since.

Jordan was particularly excited when Andy officially inked his contract with the Cowboys. The two call the Dallas-Fort Worth area home.

"We are so excited to be a part of this amazing organization!! Andy I couldn't be more proud of the man you are! Watching you grow through these last 9 years in the NFL has been incredible! There is truly no one else like you! I can't wait to see what God does this next season of life!! I am so proud of you! Go Cowboys!!" Jordan wrote on social media.

They aren't quite at the level that Tom Brady and Gisele Bündchen once were, but they're a pretty adorable pair.

The Daltons have a charity they dedicate much of their time and effort to: The Andy & JJ Dalton Foundation.

Its purpose to "show God's love and grace while providing support, resources and experiences to seriously ill and physically challenged children and their families," according to its website. Jordan, who goes by JJ Dalton, serves as the vice president.

In 2017, the foundation received a wave of donations from Buffalo Bills fans who were thankful that Dalton threw a touchdown pass to wide receiver Tyler Boyd to defeat the Baltimore Ravens and send the Bills to the playoff for the first time in 17 years. The donations, many of which were $17, totaled hundreds of thousands of dollars.

Dalton and his wife then rented out billboards in Buffalo that said "Thank you Buffalo and good luck."

Sure, the Bengals may have finished 7-9 (the record as the Packers) in that 2017 season dominated by the New England Patriots, but at least they aren't the New York Jets or New York Giants. 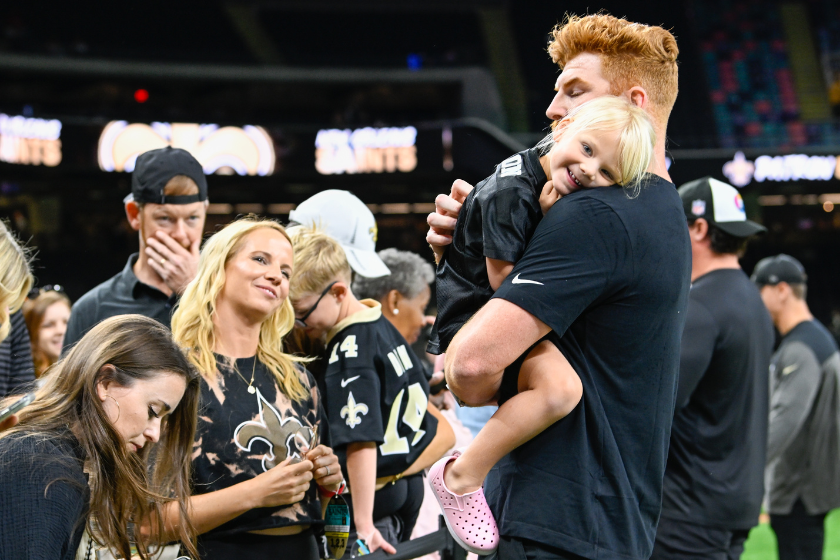 The Daltons have three young children together.

Jordan gave birth to their first child, son Noah, in June 2014. They welcomed a second son, Nash Dalton, in March 2017. The first daughter, Finley Jones Dalton, was born in January 2019.

Andy posts pics of his family constantly on Instagram, and he seems to enjoy fatherhood. In May 2020, he wished Jordan a happy Mother's Day with a sentimental message.

"Happy Mother's Day @jjdalton5! You are the best mom to Noah, Nash, and Finley. We love you so much!!" he wrote.

This article was originally published on October 14, 2020, and has been updated to reflect Dalton's time with the Bears and the Saints.