The Cowboys-Rams Playoff History is Long, But Plenty Has Changed in 33 Years 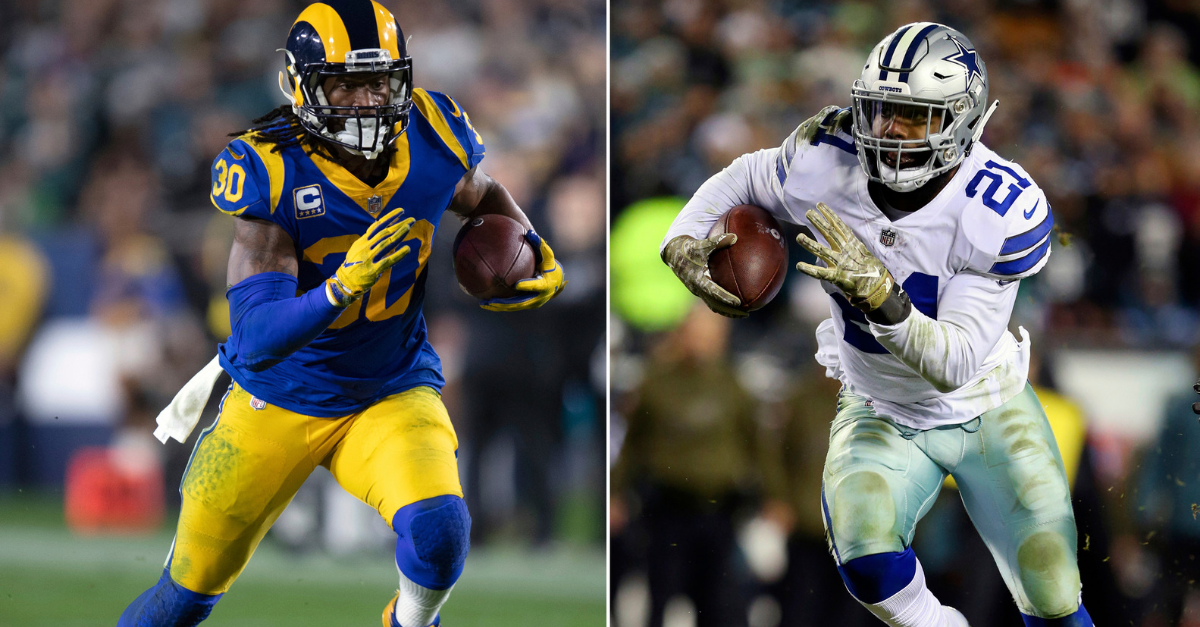 The Dallas Cowboys and Los Angeles Rams have two of the most decorated franchises in NFL history. The Cowboys have won 20 division titles and five Super Bowls since forming in 1960. While the Rams only claim one Super Bowl title with St. Louis’ “Greatest Show on Turf,” they’re one of the oldest franchises in league history having joined the NFL in 1937.

The all-time record between the Cowboys and Rams stands at 17-16-0 in favor of Dallas, but history has nothing on what’s about to come. With their 2019 playoff game looming, it will be the first time these two franchises have met in postseason action since January 4, 1986. Their playoff head-to-head record is 4-4, but their first postseason game in 33 years could change everything.

All eight of the Cowboys-Rams playoff matchups fell in an 12-year window between the 1973 and 1985 NFL seasons. From the Rams’ 27-16 loss in the 1973 NFC Divisional Playoff game to Dallas getting shutout, 20-0, in their meeting on Wild Card weekend in 1986, these two franchises haven’t faced each other in the playoffs since.

Neither team has advanced past the divisional round of the NFL playoffs since the Rams’ Super Bowl in 2001, and they’re last playoff memory against each other was Eric Dickerson‘s NFL playoff record 248 yards and two touchdowns in 1986.

Well, a lot has changed in 33 years, and both of these franchises could watch their teams’ scales tip one way or the other after they meet in 2019.

1/4/86 – The last time the Cowboys and Rams met in the playoffs. Eric Dickerson set the record for most rushing yards in a playoff game (248), which still stands today. L.A. won 20-0. The next week, the powerhouse '85 Bears held Dickerson to just 46 yards rushing in a 24-0 romp. pic.twitter.com/7gKC5SmIk7

For all the praise and fanfare he’s received, L.A. Rams head coach Sean McVay has yet to win a postseason game. Grooming quarterback Jared Goff and riding running back Todd Gurley has accumulated a 24-8 regular season record, but the 2017 AP NFL Coach of the Year still hasn’t proved his offensive scheme has worked in the playoffs.

On the other side, Cowboys head coach Jason Garrett may have saved his job with another NFC East title. With a little help from Dak Prescott and Ezekiel Elliott, Dallas scored a huge Wild Card victory over the Seattle Seahawks, too. However, traveling to the L.A. Memorial Coliseum brings another demon back to the table.

In eight full seasons at the helm, Garrett has won just two postseason games and never advanced passed the divisional round of the playoffs.

The days of Eric Dickerson and Roger Staubach are behind us. History aside, Saturday night’s divisional game figures to change everything for both of these franchises. These head coaches have a lot to prove as they’ll either be making plans for the NFC Championship game, or they’ll be booking flights for their offseason vacation when the clock hits zero.