Eli Manning’s Name, Not His Super Bowls, Earned Him the Hall of Fame 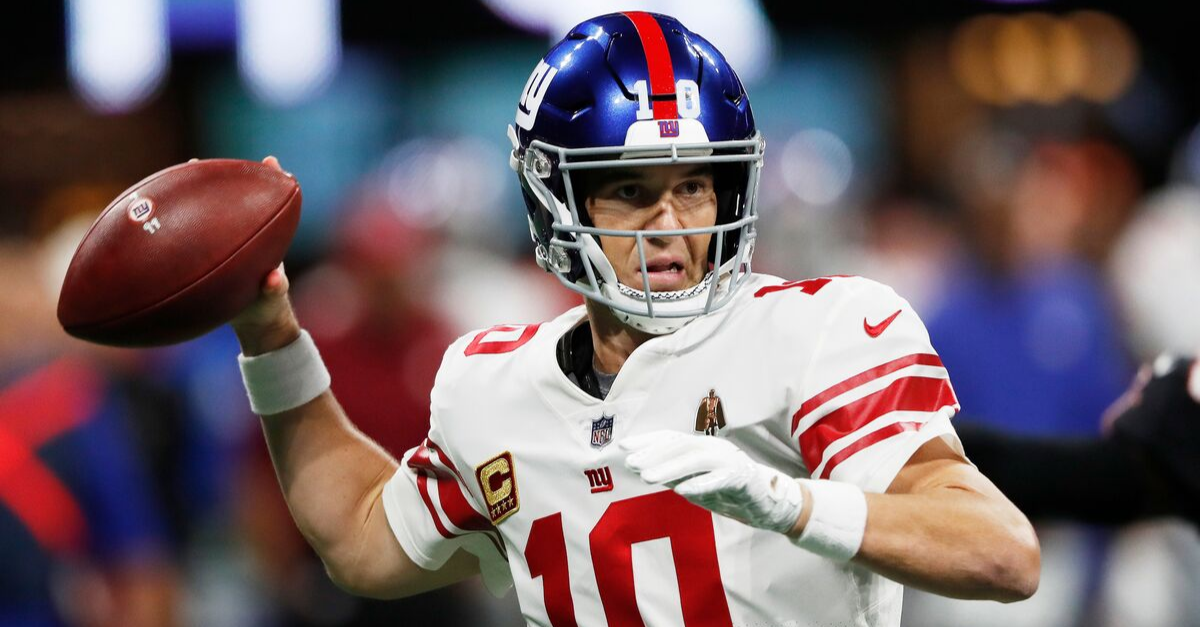 Remember the 2004 NFL Draft? It was absolutely loaded with talent. Larry Fitzgerald landed in Arizona, Sean Taylor went to Washington, and DeAngelo Hall flew to Atlanta ? They were three of seven Pro Bowlers drafted in the first EIGHT picks. The list goes on, but the biggest storyline of ’04 was, as is standard in the NFL, about the quarterbacks.

The lowly San Diego Chargers held the No. 1 overall pick. Ole Miss star Eli Manning was heralded as the best player of the draft, but Manning had no intentions of playing on the West Coast. His father, NFL legend Archie Manning, was the center of reports that Eli would sit out the entire season if the Chargers drafted him. The whiny plea worked, and the New York Giants orchestrated a trade to swap Manning with No. 4 overall pick Philip Rivers, as well as several other draft picks.

Archie Manning later revealed Eli made the decision to spurn San Diego largely on his own, but the damage was already done. Daddy’s boy got his wish.

Humor me for a minute. Imagine if Michael Vick demanded the Atlanta Falcons not draft him No. 1 overall pick in 2001? What about if Cam Newton’s father, Cecil, cried foul before Carolina selected his son in 2011? Do you think their careers would be remembered so fondly?

For me, the answer is a resounding no. But because the Manning family is revered in the sport, Eli gets praised because of two games in his career, despite having credentials that barely make him a Hall-of-Famer.

Let’s compare the first and second half of Eli’s NFL career.

Many quarterbacks, like fellow 2004 draftee Ben Roethlisberger, get better with age. But Eli? He had one elite season after age 31 thanks to the emergence of Odell Beckham Jr., yet New York continually stood by him. Manning threw at least 14 interceptions 11 times, including leading the entire National Football League on three occasions.

Since entering the league in 2004, the Giants quarterback’s passer rating and completion percentage both ranked 18th out of 20 quarterbacks with at least 100 starts. His 241 interceptions were 37 more than any of those players. His 116 losses were 24 more than anyone, too. (Drew Brees had 92 losses in that stretch before Eli was benched.) Not once was Manning considered the league’s best quarterback or named an All-Pro, either.

"I also believe Eli Manning will get into the Hall of Fame. I also don't believe he's a very good quarterback."

I get it. Eli Manning beat Tom Brady and the New England Patriots in Super Bowl XLII and Super Bowl XLVI. Everyone remembers David Tyree’s miraculous helmet catch in the first. Everyone knows that New England’s perfect season was ruined in that game, too. People are quick to forget the Giants defense holding Bill Belichick’s team to 17 points in each game and sacking Brady a combined seven times, though.

By default (as with every major award in the National Football League), Eli was named Super Bowl MVP for, basically, not losing those games for his team.

I don’t want to hear about Eli Manning’s “greatness” because it doesn’t exist. Playing 16-plus seasons, starting 232 games, reaching four Pro Bowls, racking up more 56,000 passing yards and throwing north of 360 touchdown passes is nothing to scoff at. But this man had a 116-116 career record as a starting quarterback before rookie Daniel Jones replaced him. That’s horrible.

Eli Manning is going to make the Pro Football Hall of Fame, and people will say it’s because of his Super Bowl wins. The truth is, if he wasn’t Peyton Manning’s brother and Archie Manning’s son, Manning’s career would be remembered in NFL history somewhere in the ballpark of Joe Flacco’s.

I don’t see people lining up to gift Flacco a HOF jacket, do you?

It’s not a question of Eli being revered or not. He put together a respectable career over nearly two decades with the Giants franchise and will get his No. 10 jersey retired one day.

Two playoff runs with the Giants among a sea of mediocrity doesn’t make him a Hall-of-Famer. His family name, though? That’s why Eli Manning will eventually land in Canton.