For just the second time in NFL history, a quarterback will be preparing to play the team he formerly won a Super Bowl with in a season opener. The only other time this happened was in 2014 when Peyton Manning played the Indianapolis Colts in Week 1.

Joe Flacco, welcome to the club. Well, it's not much of a club as it is a duo but you get the gist.

Following Zach Wilson's knee injury that'll keep him out a total of 4-6 weeks, it didn't take long for people to realize what that means for backup quarterback Flacco as the Jets welcome the Baltimore Ravens to MetLife Stadium for the 2022 season opener. Yes, we know Joe Flacco used to play for the Ravens and yes, we know he won a Super Bowl with them. Let's try looking at this game from another perspective, though.

A Raven's Goodbye to Baltimore 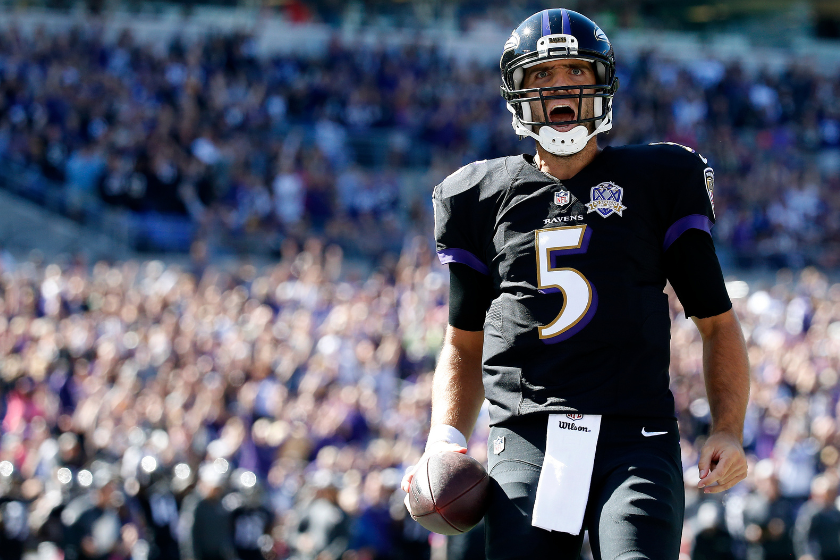 Since his Super Bowl days, he's been unremarkable. The season after getting his first and only ring, he threw 19 touchdowns and 22 interceptions. While he did do a slight-180 the following season with 27 touchdowns and 12 picks, there's really not much to say about him during the rest of his time as a Raven.

The official switch from Flacco to Lamar Jackson occurred during the team's playoff loss to the Chargers on Jan. 6, 2019. While some quarterbacks would be insulted by the thought of giving a team their all and then being replaced by a younger player, Flacco handled it with class. While the stadium was chanting for Flacco to get back on the field, he had nothing but positive encouragement for the rookie.

"Listen, finish strong," Flacco told Jackson. "At some point you're going to be proud of how you finished no matter what happens. This is all part of it. You know, dealing with the situation right now. It's still a game, so go out there and do what you can to get us back in it. Handle yourself the way you would like to see yourself handle the situation."

After the playoff exit, it was obvious that Flacco's days in Baltimore were over. The news became official when it was announced that he would be heading to the Mile-High City to play for the Denver Broncos. That endeavor only lasted during the 2019 season where Flacco threw for 1,822 yards, six touchdowns and five interceptions and was traded to the New York Jets in 2020.

After a lackluster performance as Sam Darnold's backup, Flacco signed with the Eagles during the offseason before returning to the Jets due to Zach Wilson's knee injury. Since then, he's been the backup and was promoted to starting quarterback for the Week 11 loss against the Miami Dolphins. He resigned with the Jets for a one-year, $3.5 million contract on March 16, 2022.

The Future Faces Off Against the Past 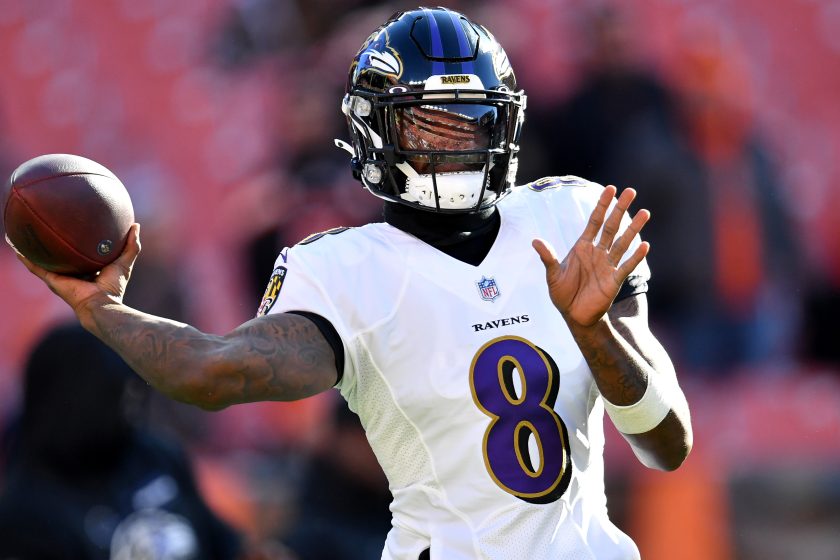 Okay, enough with the history; let's get to the real reason why this matchup is such a big deal.

Not only will Flacco be facing off against his former team, but he'll be facing off against a new face for the team and a new style of play from a quarterback. Looking at Jackson and Flacco, their differences are night and day. In his prime, Flacco was known for being comfortable when he's in the pocket and the times he did have to run, half the time he got hurt.

Jackson represents a new era of quarterbacks in the NFL. More and more we see these dangerous dual-style quarterbacks trouble defenses all over the league. Gone are the days of Peyton Manning, Drew Brees and Tom Brady (whenever he does choose to finally retire). We are experiencing a transformation throughout the NFL when it comes to the quarterback position.

Another perspective about this matchup is that Flacco and Jackson have never played head-to-head against each other. They were on their respective teams at the same time when playing against the Jets, but Flacco never took the field. This will be the first time since Flacco has left Baltimore that he will compete against his replacement.

As a player, this is something that most will never go through. It's one thing for Jackson to have replaced him, but to possibly take his role as the most impactful quarterback the Ravens have ever seen? This game is much more than just a former Raven playing his team, this is a matchup against two generations that probably won't happen again anytime soon.

Only Time Will Tell 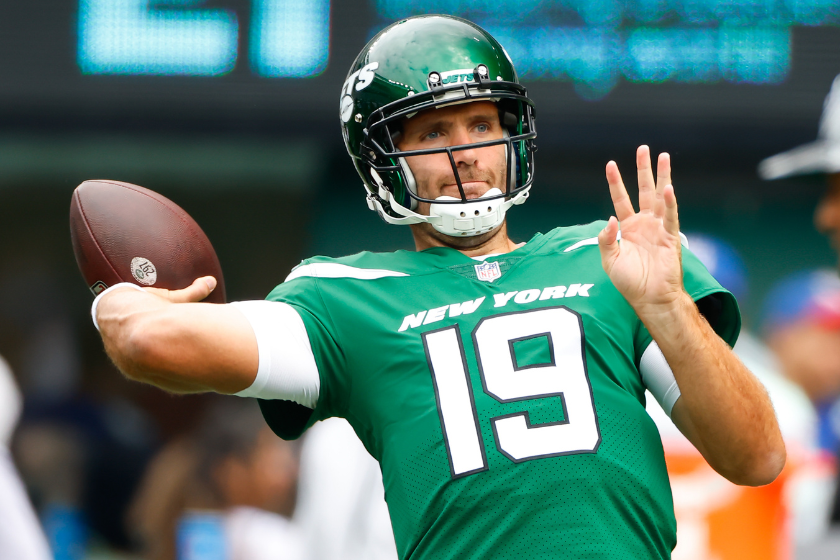 Now, Flacco has tried to downplay how monumental this game is.

"Obviously, people are going to bring it up to me," Flacco said, via SI.com. "I've been in a bunch of games where guys played their past teams, coaches have played their past teams, and usually the emotions are crazy. Guys are acting like they're so cool during the week, 'It doesn't mean anything.' I probably thought about it a tiny bit. It's so far away and who knows what's going to happen at this point? But I definitely thought about it, and I'm like, 'Oh, yeah, it's not going to be a big deal,' but deep down I'm going to try and make sure it's not the biggest deal in the world, but I've been through it enough and seen guys go through it . . . it's a different thing."

While it hasn't been officially confirmed, seeing the aging Flacco go up against a young player like Jackson would be a show for the ages. As the matchup is only a few days away, we'll have to keep an eye out for if this does truly come to fruition.

MORE: The 10 Worst Quarterbacks to Ever Win a Super Bowl Were Terribly Average