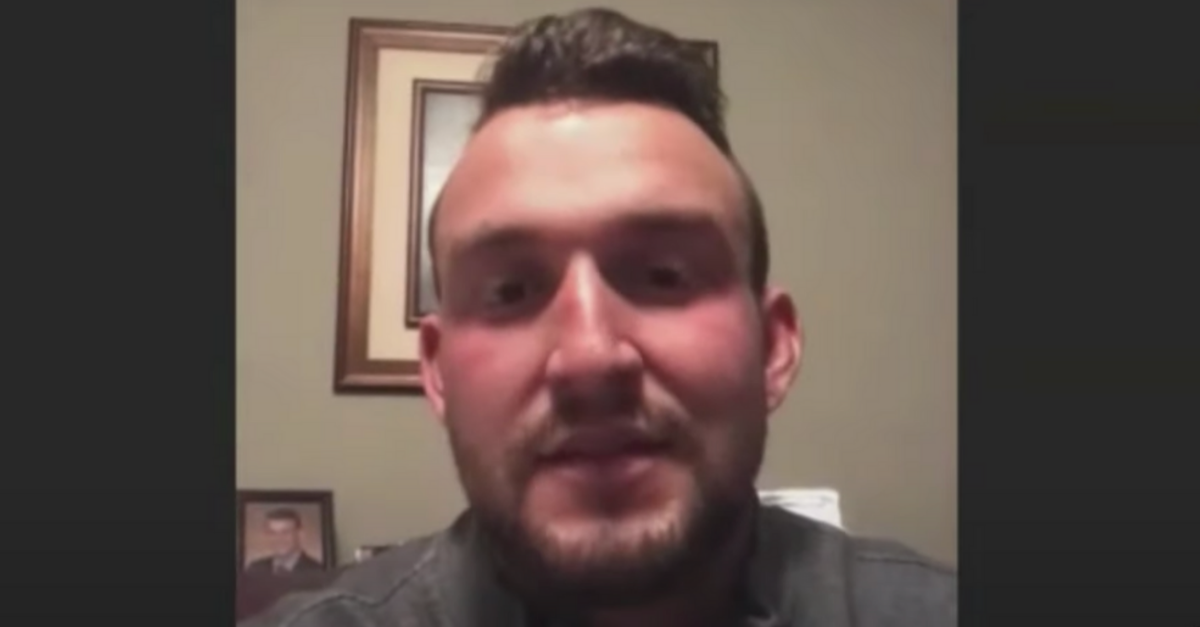 The New England Patriots are in the midst of their strangest offseason this century. Quarterback Tom Brady left for the Tampa Bay Buccaneers. Retired tight end Rob Gronkowski asked to be traded. Kicker Stephen Gostkowski was released after winning three Super Bowls. The franchise smacked the reset button hard, but the rebuild came with even more controversy.

With the 159th overall pick in the 2020 NFL Draft, the Patriots selected kicker Justin Rohrwasser. After starting his college football career at the University of Rhode Island and finishing at Marshall University with a rock-solid senior season, he earned his fifth round selection and shot to kick at the highest level.

Rohrwasser didn?t necessarily get a ton of exposure in the past, but the 23-year-old quickly learned how life can change moments after he was drafted.

As NFL fans searched to find out who the new Patriots kicker is, and why the team drafted former Marshall kicker Justin Rohrwasser, they discovered a tattoo on his left arm. This specific ink was a Roman numeral ?III? with 13 stars in a circle around it.

It is the logo of the Three Percenters, an anti-government group, and it caused a firestorm on social media.

?I went on to Twitter and I saw the tweet,? he told WBZ-TV?s Steve Burton. ?I saw that someone had taken a picture of me and put it with my tattoo and linking me to some horrific events, you know, obviously Charlottesville and these horrible things.?

Rohrwasser, who grew up in a military family in New York and is very proud to be an American, told reporters he got the controversial tattoo when he was 18 and didn?t know the real meaning. He thought it stood for a military support symbol and didn?t realize the connection to a right-wing militia group.

?As soon as I saw what it was linked to on Saturday, it was exactly that time I knew I had to get it totally taken off my body. I said cover it up [to reporters], but I want to get it removed from my body. It?s shameful that I had it on there ignorantly.

?I?m sorry for all my family that have to defend me. Putting them in that compromising position is one of the biggest regrets I?ll ever have, so to them, I?m sorry. I?m going to learn from this.

?No matter what, it?s not who I am, hopefully you?ll all find that out.?

This isn?t the first time something like this has happened. It won?t be the last.

All Rohrwasser hopes is that people look past this and the Three Percenters tattoo, and once the coronavirus pandemic ends, the Patriots draft pick and rookie kicker can start booting field goals for head coach Bill Belichick.