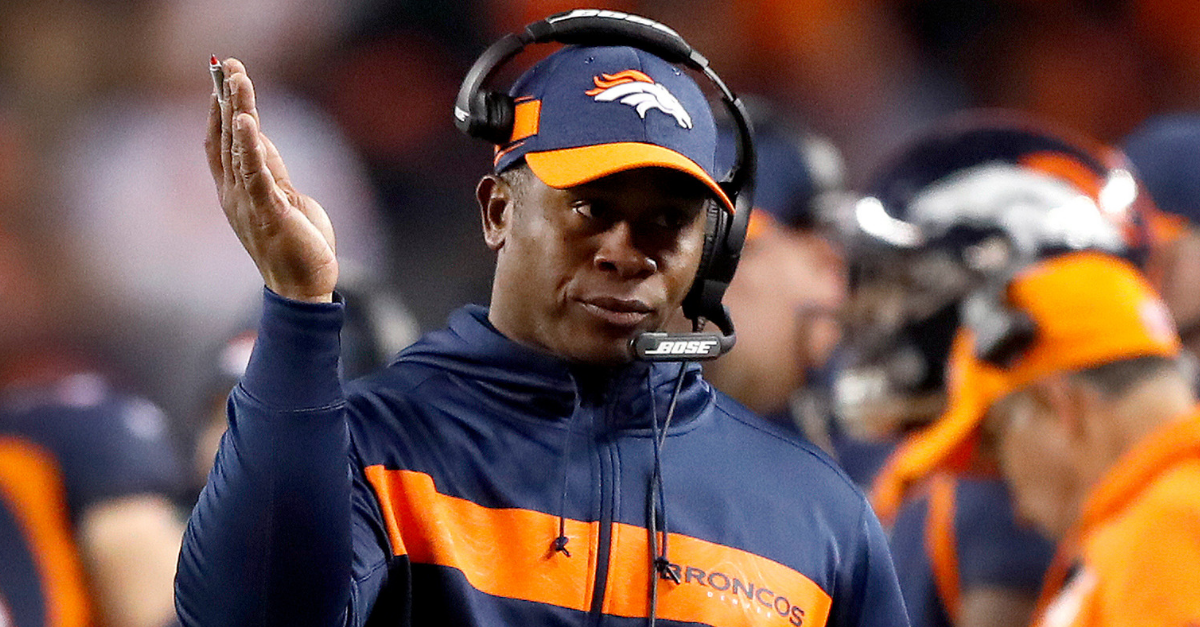 To say the Denver Broncos are trending in the wrong direction right now would be quite an understatement. The 2018 season has been a complete disaster and this month has really made every fan question whether head coach Vance Joseph should be fired after this week?s finale.

After beating the Los Angeles Chargers, Pittsburgh Steelers and Cincinnati Bengals in three-straight weeks, the Broncos have spiraled out of control and suffered embarrassing loses to the San Francisco 49ers, Cleveland Browns, and Oakland Raiders.

For former Denver great Karl Mecklenburg, the 27-14 loss to the lowly Raiders on Christmas Eve?s Monday Night Football was the final straw and he wants Joseph gone.

RELATED: The Colorado Rockies Have Drafted Better QBs Than The Broncos

Mecklenburg, a six-time NFL Pro Bowl linebacker and member of the Denver Broncos Ring of Honor at Mile High Stadium, is certainly not alone, but he was definitely vocal on social media.

?Wow, that was not what I expected from the Broncos against the Raiders. If they have done anything this year for Vance Joseph they have competed. To not show up for a Monday night game against a division opponent and historical rival is inexcusable. This was the Broncos 15th game of the year and they still are making football 101 mistakes. Covering receivers on a run play and losing contain for a long touchdown. Celebrating on the great punt that got tapped back on the goal line instead of picking up the ball so the Raiders don’t pick it up and run for a record setting touchdown. Dropped passes, penalties, poor effort, and poor play all around. The play where Denver had too many men on the field on a fourth down run where Lindsay had broke through for a big play is a good example of the Broncos lack of urgency in the game. Denver had too many men because the player leaving the field decided to walk the last five yards. The attitude was worse than in the Jets loss in my mind because they should have learned their lesson from that beating by a less talented team. As much as I value consistency in coaching, their is no value in consistency of poor coaching. I am now officially on the fire Vance Joseph bandwagon.? ? Karl Mecklenburg, via Facebook

Luckily for Broncos fans, theres just one more game against the Chargers to suffer through before ending the season. Another loss will most certainly have Joseph on the hottest of seats, too, after a last place finish in the AFC West and force John Elway to make a decision.