Somehow the NFC East is, on paper, the most successful division in the NFL through the first four weeks of the season.

However, if you have actually been watching any of these teams, then you know that only one of them, the Philadelphia Eagles, is a true contender.

Fly, Eagles Fly... to the Playoffs 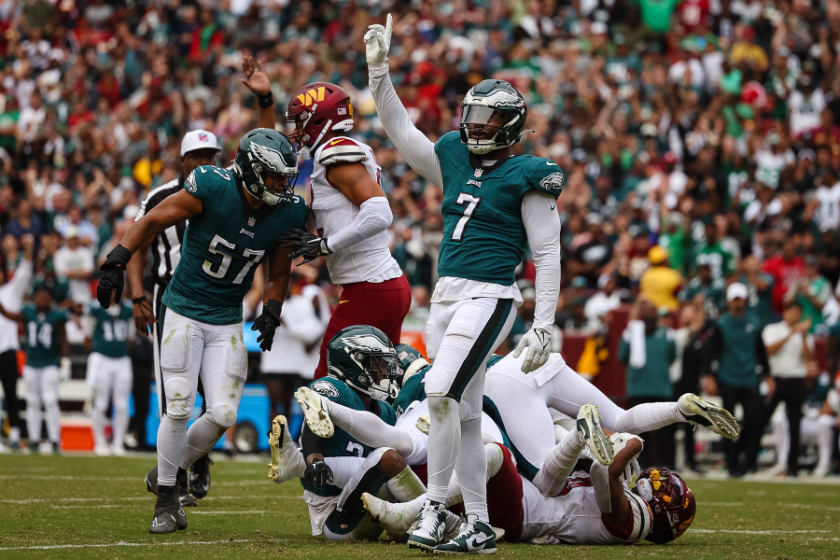 The Eagles are the last undefeated team in the NFL and are doing much more than just beating up on the bad teams in their division. They currently have the second-best offense in the league and a defense that looks dominant, even after struggling in week one. After letting up 35 points to the Lions in that game, the Eagles' defense has only let up 36 points in their last three games combined.

The defense has been much different than last year's, which finished second-to-last in the NFL in sacks. After signing playmakers like Haason Reddick in the offseason, the Eagles have brought themselves from worst to first. Reddick joins some Eagles legends -- Fletcher Cox and Brandon Graham -- on the defensive line, and might have been the spark they needed to revitalize their careers. Already, all three players have at least three sacks, and with 16 sacks this season, the team is leading the NFL.

Bringing in Reddick this offseason was just one of many moves that look to be paying off. Staying on the defensive side of the ball, offseason addition James Bradberry has been a star at cornerback this year. He is top 10 in the NFL in both interceptions and passes defended and is one of the many reasons why the Eagles have been able to force so many turnovers this year. The Eagles' defense showed how dominant they could be against former quarterback Carson Wentz and division rivals the Washington Commanders. The defensive line combined for nine sacks back in that week three contest and forced and recovered two fumbles. For Eagles fans, this was everything they had been waiting for.

A dominant pass rush makes the job of the defensive backs much easier, but when you also have two top 10 corners, it makes the job of the offense nearly impossible. Along with Bradberry, the Eagles also have all-pro corner Darius Slay, who is possibly having the best start to a season of his nine-year career. Even though he missed last week's game against Jacksonville, he is still top five in the league in both interceptions and passes defended. In his week two matchup with one of the NFL's best receivers, Justin Jefferson, Slay allowed a passer rating of 0 and had two interceptions on six targets. In his first two seasons after signing with the Eagles, Slay's production was not as good as expected, and it looks like he has finally hit his groove in year three with the team.

In the NFC East, Eagles Have Clear Skies 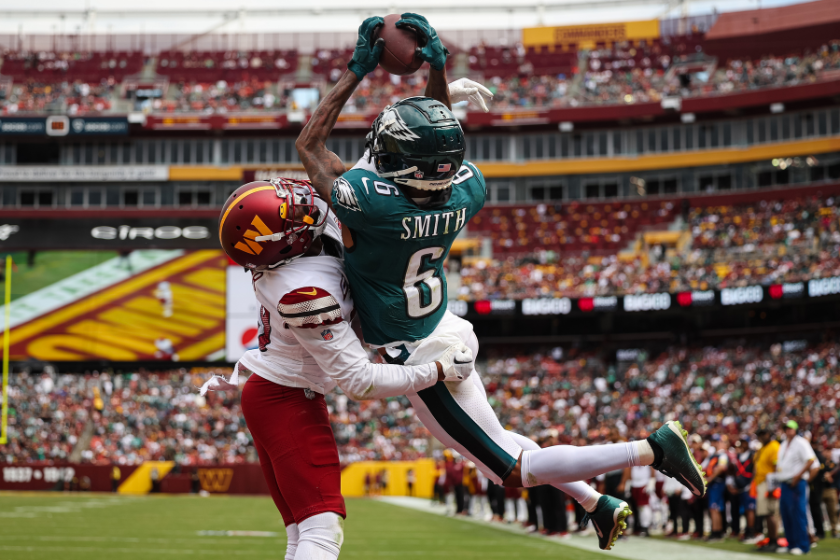 While the NFC East is home to some extremely talented receivers, it does not look like they will be able to get past the Eagles' secondary. The Washington Commanders, who already have Terry McLaurin, spent their first-round draft pick on Jahan Dotson, a wide receiver from Penn State. Against the Eagles in week three, McLaurin was held to just 14 receiving yards up until the fourth quarter, when the Eagles were already leading 24-0. In that same contest, Dotson had only 10 yards total, seven of which came in the fourth quarter as well. While the Cowboys and the Giants look like better teams than the Commanders, their wide receivers are not as good. This is just one of many reasons why the Eagles should feel confident when matching up against their division rivals.

The Cowboys and the Giants are both 3-1 football teams, but neither team has looked dominant yet. Other than the Cowboys' win over the Commanders in week four, neither team has won a game by more than one score. When the two teams faced off in week three, Eagles fans everywhere were smiling because of how sloppy they both looked. The game was without a touchdown until after halftime, and neither quarterback threw for more than 215 yards. Both teams missed field goals, and the Cowboys ended up winning 23-16, in a game that could have gone either way.

After watching a battle between Cooper Rush and Daniel Jones, every Eagles fan realized how lucky they are to have Jalen Hurts as their quarterback. Hurts has gone for over 215 passing yards in every single game, except for their last one against the Jaguars where it was pouring rain. The Eagles offense is averaging 28.8 points per game, which is more than a touchdown and a two-point conversion better than each of the other three teams in the NFC East.

While the Cowboys are due to get their true starting quarterback, Dak Prescott, back soon, it is not a big enough boost to compete with the type of team that the Philadelphia Eagles are this year. It is easy to get caught up in early season success and overreact, but with a bad division and relatively easy schedule, it looks like the Eagles are going to walk into the playoffs.