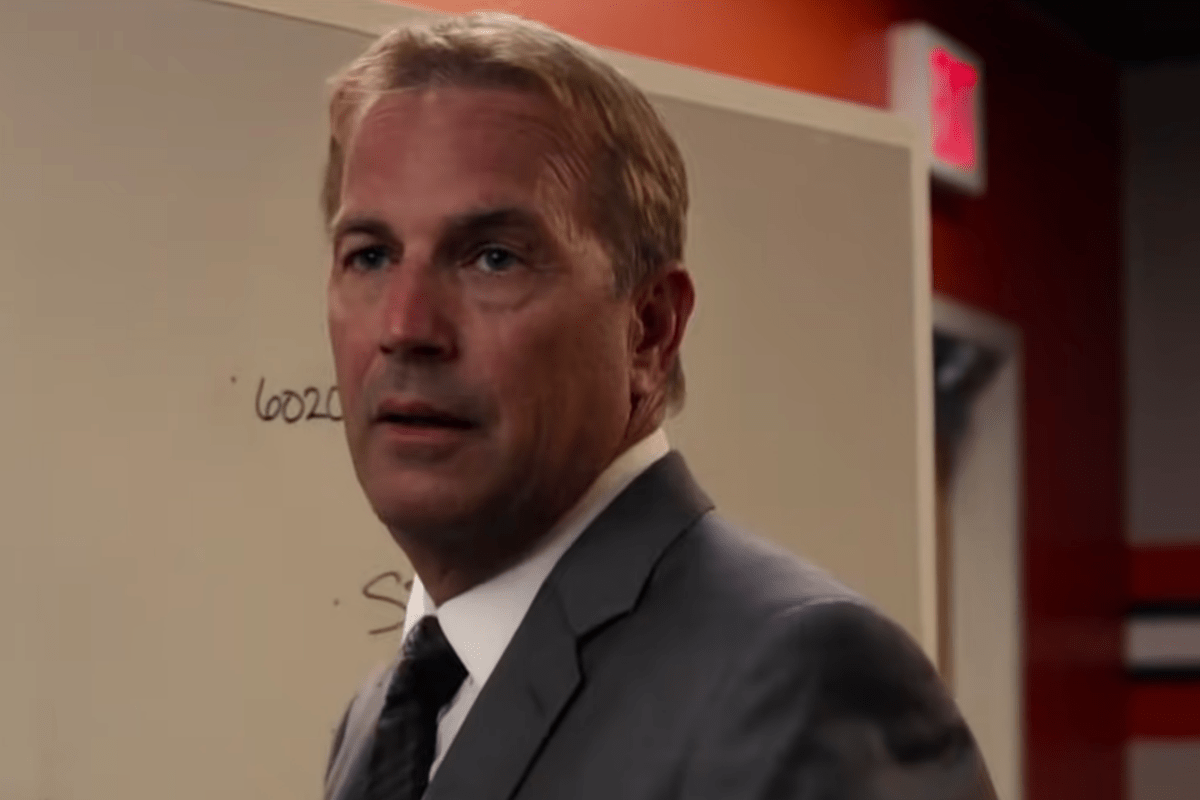 The entire point of the NFL Draft is to make a splash.

In case you forgot what a splash is, Molina (played by Frank Langella) relays Weaver (played by Kevin Costner) his instructions at a water park.

Weaver, feeling reinvigorated from being in the presence of three mammoth water slides, takes this to heart.

The Ivan Reitman directed sports movie starts out with the Seattle Seahawks offering the Browns the No. 1 overall pick. This intrigues Sonny because star Wisconsin quarterback Bo Callahan (played by Josh Pence) is a can’t miss prospect.

He initially declines but later makes the deal, handing over three first-round picks including this year’s No. 7 pick. Like any good general manager, Sonny makes this decision completely on his own without consulting anyone in the front office. He’s such a math wizard that he doesn’t even check to make sure it fits under the salary cap.

The Browns and head coach Vince Penn (played by Denis Leary) are naturally thrilled by the news. Salary cap manager Ali Paker (played by Jennifer Garner) can make this little wrinkle work without a hitch.

There’s some confusion, though. Doesn’t the team already have a QB in Brian Drew (played by Tom Welling)? Drew is in the best shape of his life and has never felt better. He’s been working all offseason to look shredded in his training camp press conference. Doesn’t that mean anything to Sonny?

Apparently not, and he’s not done.

Ohio State linebacker Vontae Mack (played by Chadwick Boseman) is the prospect at the top of Sonny’s big board. He’s rumored to fall anywhere from the top-10 to late teens. They have a brief phone conversation and Mack tells Sonny to watch the tape of him facing off against Callahan.

The tape shows Mack owning Callahan, and the Browns GM learns that none of Callahan’s teammates attended his 21st birthday party ? the ultimate black spot against any prospect.

At the draft in New York City, Molina is thrilled to personally congratulate Callahan as the newest member of his football team. He’s shocked when NFL Commissioner Roger Goodell is lightly cheered on his way to the podium. He’s also shocked when he announces the Browns selected Mack at No.1.

Mack is just as surprised as neither his agent nor Sonny informed him of the decision. They were testing his ability to stay calm under pressure in a classic last-minute scouting session.

Sonny proceeds to trade his next three second-round draft picks to the Jacksonville Jaguars for the sixth-overall pick. Molina transports (or takes a rocket ship) back to Cleveland, and furiously barges into the war room before Seattle’s seventh pick.

This is where Sonny works his magic. He calls back the Seahawks and demands his three first-round picks back to pass on Callahan. Oh, and punt returner David Putney because he feels like it!

The Seahawks cave and Sonny is a hero. The Browns draft running back Ray Jennings (played by Arian Foster).

Let’s take a look at the big picture: Sonny exchanged three future second round picks for a guy he could’ve taken at seven, a running back, and a punt returner. He did this all within a 24-hour span and had zero first or second round picks over the next three years at one point.

He waits until the day of the draft to dissect the film of the guy at the top of his draft board.

Is this crazy? No, this is how we do business in Cleveland.

MORE: Shane Falco is the Greatest Movie Quarterback to Ever Do It