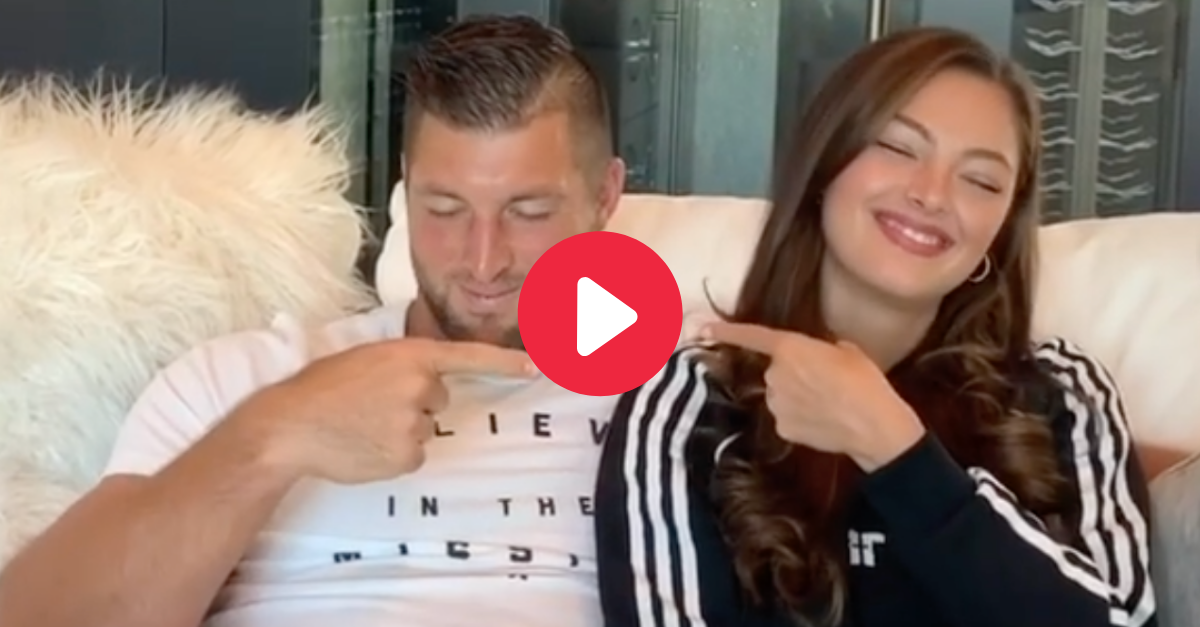 Tim Tebow and Demi-Leigh Nel-Peters are happily married. The former NFL quarterback and former Miss Universe 2017 tied the knot just in the nick of time before the coronavirus pandemic hit and have been finding new ways to entertain themselves during quarantine.

The couple bought three dogs. They released their beautiful wedding video to the world. Demi-Leigh even recreated her husband’s iconic halftime speech with the Florida Gators. The latest trending social media video, however, might be their cutest moment yet.

How well does the Heisman Trophy winner and his new bride know each other? It’s time to find out.

Swipe ↔️ for the aftermath 😂 👉@demitebow

Tim Tebow and wife Demi-Leigh Nel-Peters got married at La Paris Estate in Cape Town, South Africa in January 2020. It was a beautiful ceremony and reception, which included a first dance and even keto-friendly cheesecake. It’s been a honeymoon ever since that special night.

With the New York Mets spring training cut short due to the COVID-19 outbreak, the baseball player and ESPN college football analyst has spent more time at home than usual. So it’s safe to say they have gotten to know each other very well.

Playing the “Newlywed Game” on the couch was perfect, too.

Who’s the better cook? Both pointed to Demi-Leigh.

Who’s the better dancer? Both pointed to themselves.

Who’s messier? Both pointed to Tim.

Who’s the better planner? Both pointed to Demi-Leigh.

Who falls asleep faster? Both pointed to Demi-Leigh.

Who’s better with technology? Both pointed to Demi-Leigh.

Who forgets to wear their wedding ring? Both pointed to Tim.

Who’s more likely to binge-watch Netflix? Both pointed to the other person.

No matter what the future holds, both Tim Tebow and Miss Universe Demi-Leigh Nel-Peters have found their right person to be with, and it’s amazing to see. This is just the first round, too.

MORE: Tim Tebow’s Net Worth: How Faith and Football Made No. 15 a Millionaire