Tom Brady is Leaving New England. These 5 Teams Should Sign Him 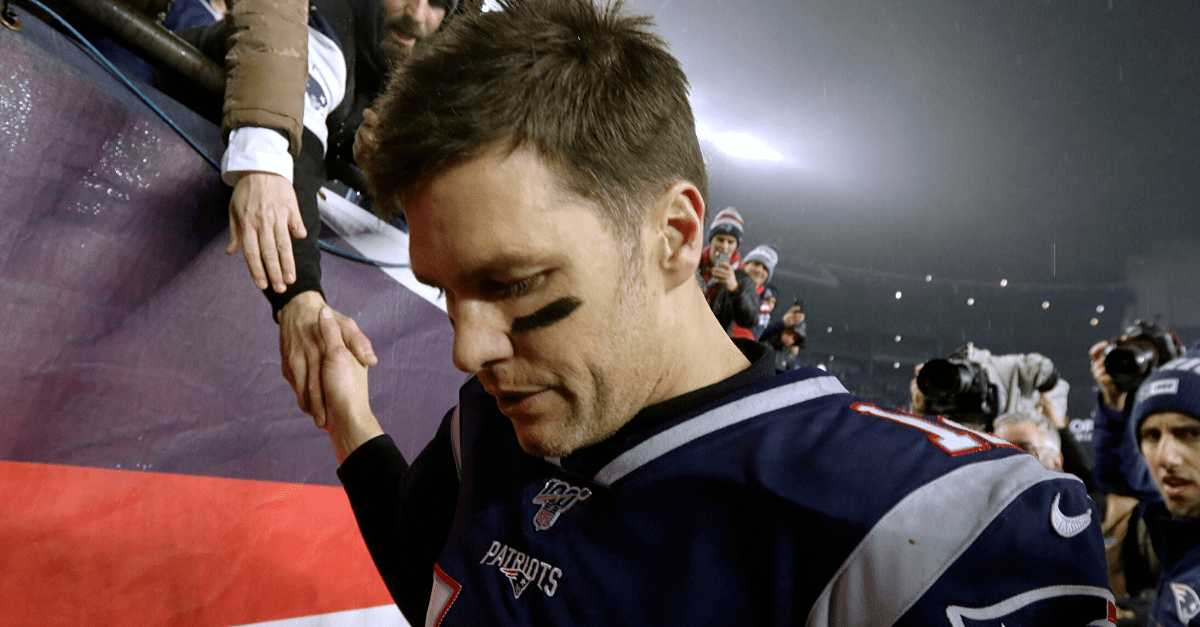 UPDATE (March 17, 2020): On his personal Instagram account, Brady announced that he would not be returning to the New England Patriots. After 20 seasons and six Super Bowl titles, the future Hall-of-Fame quarterback will test free agency.

With an iconic legacy following him, where could TB12 play the rest of his career?

This article was originally published February 27, 2020.

Tom Brady is definitely not returning to the New England Patriots. OK, maybe not definitely, but all the reports are signaling that the 42-year-old six-time Super Bowl champion is all but set to explore free agency and look into playing the rest of his career in another city.

ESPN’s Jeff Darlington reported he’d be “stunned” if Brady returned to the Patriots and that the 14-time Pro Bowl quarterback has already told people close to him he’s going somewhere else. The Boston Herald’s Karen Guregian reported the Patriots still haven’t reach out to Brady and that “it’s not looking good.” But at least the team is expected to meet with Brady’s agent, Don Yee, in Indianapolis at the NFL Combine, according to NFL Network’s Ian Rapoport.

Yikes, could the Brady and Bill Belichick era really be over under owner Robert Kraft? It looks like it’s possible.

Brady is set to become a free agent for the first time in his career on March 18, and after spending 20 seasons in New England, the Patriots quarterback very well could be wearing a different uniform next season.

“I’m now at the point where I would be stunned if Tom Brady went back to New England.”

NFL teams should be lining up to win the Brady sweepstakes this offseason, but it may take a commitment of more than $60 million over two years to reel in the four-time Super Bowl MVP. Despite falling to Ryan Tannehill and the Tennessee Titans in the AFC Wild Card round of the playoffs, Brady still showed last season he had some gas left in the tank.

Plenty of teams are in need of a quarterback (Indianapolis Colts, Miami Dolphins, Los Angeles Chargers), some have question marks under center following injuries (Carolina Panthers, Pittsburgh Steelers) and some should just make a splash (Dallas Cowboys) because it’s Tom freakin’ Brady.

Peyton Manning was a bit younger when he transformed the Denver Broncos at the tail-end of his career, but Brady could do the same for another team. Here are five potential landing spots for the G.O.A.T., plus one bonus wild card team:

Whoa…
Lots of @TomBrady to the @Buccaneers talk today. 👀 pic.twitter.com/1NBgGJrFoO

Hurricane Jameis has been a beautiful disaster in Tampa. Sure, the former first overall pick led the NFL in passing yards last season, but he also became the first quarterback ever to throw 30 touchdowns and 30 interceptions.

Not even corrective eye surgery can fix Jameis Winston’s tendency for giving the ball away, which means it’s time for the Bucs to move on.

Buccaneers general manager Jason Licht and head coach Bruce Arians seem enamored with the idea of bringing Brady to Tampa Bay. Licht, believe it or not, was a scout on the Patriots in 2000 when they drafted him in the sixth round.

?I had Andrew Luck as a rookie, I had Carson Palmer later in his career. I just like winners,? Arians said this week. “There isn?t any quarterback in the history of the NFL that would fit the winner category anymore than Brady.”

Considering their solid offensive line and the amount of weapons Tampa Bay can surround the quarterback with like wide receivers Mike Evans and Chris Godwin and tight end O.J. Howard, this isn’t all that farfetched.

The Chargers reportedly have "moved on" from Philip Rivers.

Tom Brady is set to be free agent in March.

How in the world does a team fill the average-sized, mediocre-fourth-quarter-drive shoes of Philip Rivers? By signing the man who came back from a 28-3 deficit in the Super Bowl.

Now that Rivers and the Chargers have parted ways, the team needs a new passer. They could use their sixth overall pick this year and take Oregon’s Justin Hebert, but there’s no assurance he’ll be ready to roll as a rookie.

The Chargers also have offensive weapons for Brady. Keenan Allen is a No. 1 wideout. Hunter Henry could be Brady’s next Rob Gronkowski, and running back Austin Ekeler can do it all out of the backfield. Plus, the defense has some standouts in defensive end Joey Bosa and safety Derwin James.

Give the people in Los Angeles a reason to go to the games and sign Tom Terrific. It’s a no-brainer. Plus, it’s L.A. Isn’t that the modeling capital of the world or something? That’s perfect for Gisele, even if she retired from modeling already.

How y’all feel about Tom Brady in a Raiders uniform? 🤔👀 pic.twitter.com/4vwb9H1HQQ

If what happens in Vegas stays in Vegas, then leave Derek Carr in Oakland.

The Raiders have a new city and a new stadium, so why not go get a new quarterback? Carr hasn’t thrown more than 22 touchdowns in each of the last three seasons during which the Raiders haven’t posted a winning record.

The NHL’s Las Vegas Golden Knights proved that “Sin City” residents will pack arenas for a winning team, and what better way to sell tickets than a quarterback known for winning with six Super Bowl rings on his hands. Plus, I’m sure Jon Gruden would be thrilled to have Brady running his offense.

I’m not sure Las Vegas is the ideal city for Brady to be a family man and father his children, but once they turn 21, they’re going to be happy dad packed up the van and headed to Nevada.

The Trubisky Experience was fun and all, but he just can’t throw the football. Since the Bears drafted him second overall in 2017, he just hasn’t really done much to help the offense. Last season, he threw just 17 touchdowns and 10 interceptions and posted a quarterback rating basically worse than every other quarterback in the league.

Chicago’s defense is too good to let Mitch ruin their chances every year. This team also makes sense because the Bears aren’t a horrible team. They went 8-8 in a tough NFC North that features the Minnesota Vikings and Green Bay Packers. All they need is a quarterback who can beat Aaron Rodgers and is used to playing in the freezing cold.

The Dolphins have not one or two but THREE first-round picks in the 2020 NFL Draft, which means their entire future hinges on those picks. But it doesn’t have to.

If the Dolphins can entice Brady to spend his final seasons in South Florida ? where every athlete goes to retire anyway ? they can nab some serious weapons for the 42-year-old passer. How does Alabama wide receiver Jerry Jeudy at pick No. 5, Clemson wide receiver Tee Higgins at No. 18 and Georgia running back D’Andre Swift at No. 27 sound?

Brady to Miami also makes sense because it would reunite him with head coach Brian Flores, who spent 15 seasons coaching in New England. The Dolphins also have more salary cap space than any other team in the league.

Dolphins fans have hated Brady for the last 20 years, but something tells me they would welcome him with open arms if he signed there.

Mason Rudolph most definitely is not the guy. Ben Roethlisberger turns 38 on March 2 and looks more like a character on Game of Thrones than he does an NFL quarterback. Plus, who knows how his arm will be after elbow surgery?

It won’t be easy for Steelers general manager Kevin Colbert, but it’s time. Big Ben has ticked his final tock in the Steel City. Even if they just gave him a two-year extension last year.

The Steelers surrendered their first-round pick to the Dolphins for Minkah Fitzpatrick (which in hindsight looks like a win) and probably won’t draft Roethlisberger’s heir this year. Give the reigns to Brady and draft a quarterback next year.

As for Ben, I’m sure he won’t mind taking it easy on the sidelines or simply retiring and drinking all the beer he wants.