Spring Football is here to stay, or at least that's what the rumor mill is saying about the success of the inaugural season for the United States Football League.

According to a source within the USFL's head office, the rival league of the NFL is "fully committed to a second season" and that an announcement could come soon. That's fantastic news, especially as the league kicks off their playoffs this weekend in Canton, Ohio, at the Pro Football Hall of Fame.

Carl Adkins, who worked for 20 years as the general manager of the Georgia Dome, spoke to VenuesNow about his role as director of operations for the league. "It was a sprint to the starting line, but we've got into a pretty good groove now in terms of weekly operations," Adkins said to VenuesNow. "We have four games every weekend, sometimes two on Saturday and Sunday, with a few games on Friday nights."

According to Adkins, the league is going forward with the second season in 2023. He also heard that there's been no decision made about whether all eight teams will be returning or if we'll see new USFL franchises crop up in the new year. Maybe Detroit and Los Angeles will dip their toe in the USFL pool.

There's the question of whether or not those franchises will again play in one single location, or if the league will expand to a second market. In Year One, the USFL used Protective Stadium and historic Legion Field, both of which are located in Birmingham, Alabama. Adkins believes those decisions will be made over the next several weeks.

The Inaugural USFL Season Has Split the Uprights 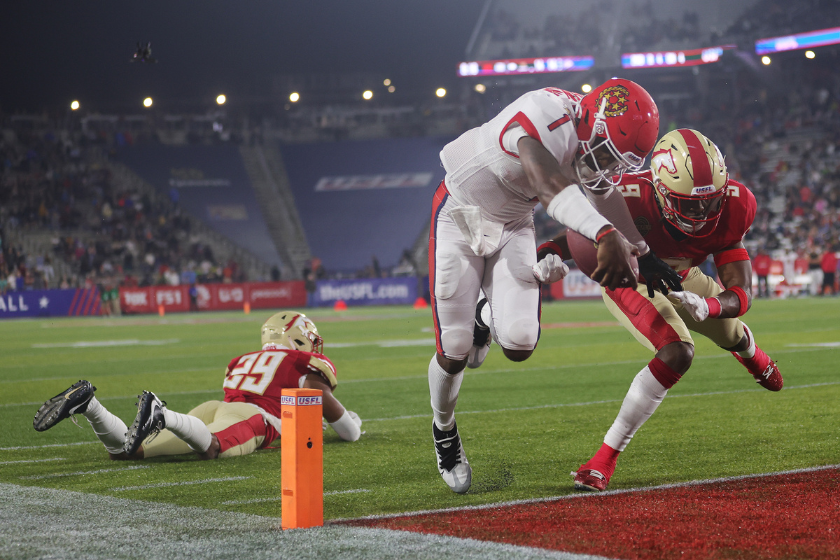 The USFL's first season has been a great success according to the numbers. With teams like the New Jersey Generals, Birmingham Stallions, Michigan Panthers, Philadelphia Stars, Houston Gamblers, Tampa Bay Bandits, Pittsburgh Maulers ,and New Orleans Breakers all facing off in springtime games, it's hard to see why a secondary football league wouldn't work. Especially when you have head coaches with Hall of Fame connections and former NFL players like Paxton Lynch leading USFL teams into battle. I mean, any league where Jeff Fisher doesn't finish a season at the .500 mark, is a resounding success to this writer.

The Viewership is There, But Will They Return to the USFL? 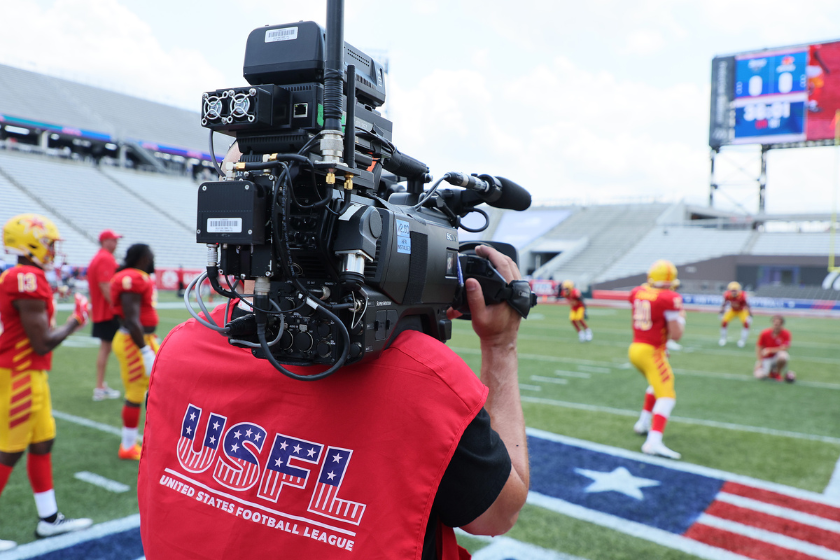 But then again, the United States Football League has failed once before. Even the XFL and AAF had difficulties staying afloat. But this USFL season has averaged 715,000 viewers. Those are numbers that TV networks could fight over. FOX Sports has the rights for the first season, but reports are coming out that NBC could be gunning for a bigger share next season. It's possible that NBC would even put their USFL games in primetime slots. Whether or not FOX will let that happen is another story.

For the playoffs, both FOX and NBC are splitting coverage, with FOX taking the championship game on July 3. If the current two teams atop the standings make their way to the title bout, that 715,000 viewership share could double in size.

With the league wrapping up just as the College Football and NFL seasons begin their ramp-up to kickoff, you simply cannot deny that the USFL, conceptually, is a touchdown. And with the NBA Finals, NBA Draft, and Stanley Cup Playoffs wrapping up, the USFL regular season is coming to a close at the perfect time.

Spring football has arrived, and it looks like it's not going anywhere.