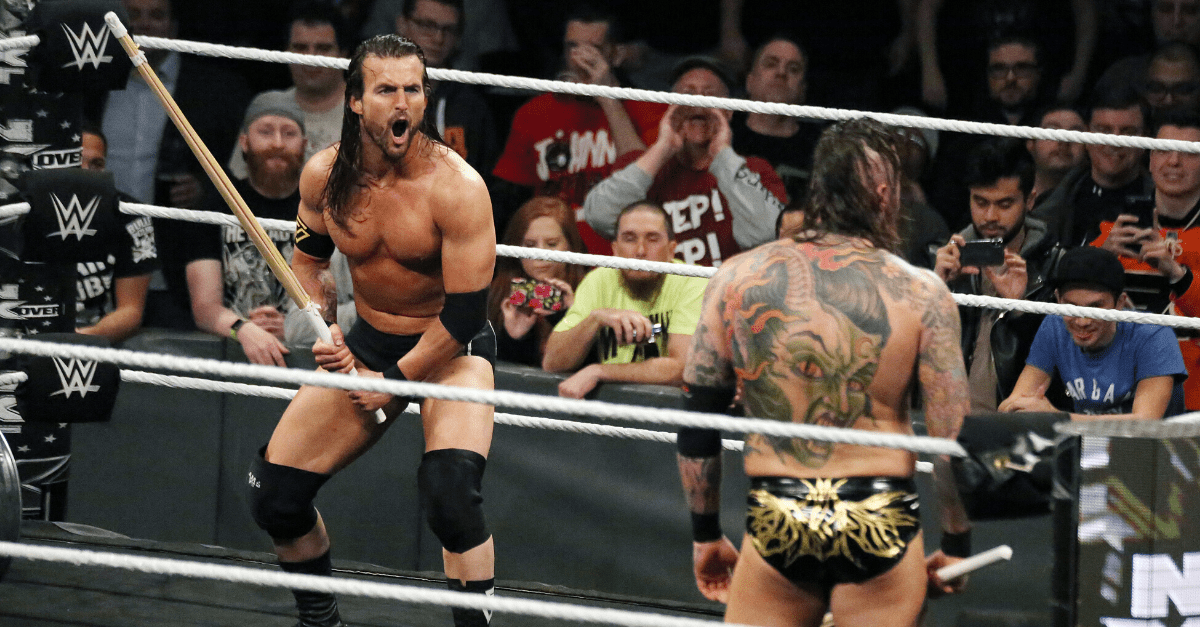 Since making his NXT debut at the conclusion of the NXT TakeOver: Brooklyn III event in 2017, after attacking former WWE NXT Champion Drew McIntyre, Adam Cole has been a consistent top name in the company. His first taste of championship gold was becoming the inaugural NXT North American Champion at NXT TakeOver: New Orleans in a ladder match including wrestlers Ricochet, Killian Dain, Velveteen Dream, Lars Sullivan, and EC3.

That same night, he replaced an injured Bobby Fish to team with Kyle O’Reilly to defeat Pete Dunne and Roderick Strong to retain the NXT Tag Team Championship and win the Dusty Rhodes Classic tournament, after Strong turned on Dunne to join the Undisputed Era faction.

Cole retained the North American Championship for over four months before losing it to Ricochet at NXT TakeOver: Brooklyn IV. Undisputed Era continued to dominate NXT in 2018, but were unable the main event Wargames match against Ricochet, Pete Dunne, and the War Raiders. At NXT TakeOver: New York, he was unable to win the vacant NXT Championship against Johnny Gargano. However, two months later, he won the NXT Championship for the first time by defeating Gargano.

Is Adam Cole Ready to Move to WWE Raw or WWE SmackDown?

The leader of the Undisputed Era is at the top of the NXT chain right now. At this point, the question looms to whether Cole is going to move to either Raw or SmackDown. Cole has been a part of the Royal Rumble, lasting nearly seven minutes before getting eliminated by Rey Mysterio. This was mainly an exposure for another NXT superstar, as he did not eliminate anyone during his appearance in the match.

The former Ring of Honor World Champion is best suited to remain on the black and yellow brand as NXT Champion, especially since NXT has now moved live to the USA Network, which makes it look like more of a third brand. NXT Champion Adam Cole is now heavily involved in a rivalry with Tommaso Ciampa, and it looks like an NXT title match is in the works.

For a number of weeks, the storyline appeared to be that a number of wrestlers were hunting for the title. However, when Finn Balor turned heel and attacked Johnny Gargano, the list has now shortened to Ciampa.

With Cole as the current NXT Champion, a move to Raw or SmackDown most likely will not happen anytime soon. Even if he was not the champion, NXT call-ups always run the risk of being buried among the other talents on the brand.

While it would be difficult to make a spot on the WrestleMania pay-per-view without being on the main roster, as well as it being difficult becoming a WWE Hall of Famer being exclusive to the NXT brand, staying on the brand is smart until he has a solid spot when he transitions to Raw or SmackDown.

READ MORE: NXT’s Keith Lee is On the Rise, With WrestleMania Dreams to Face Brock Lesnar