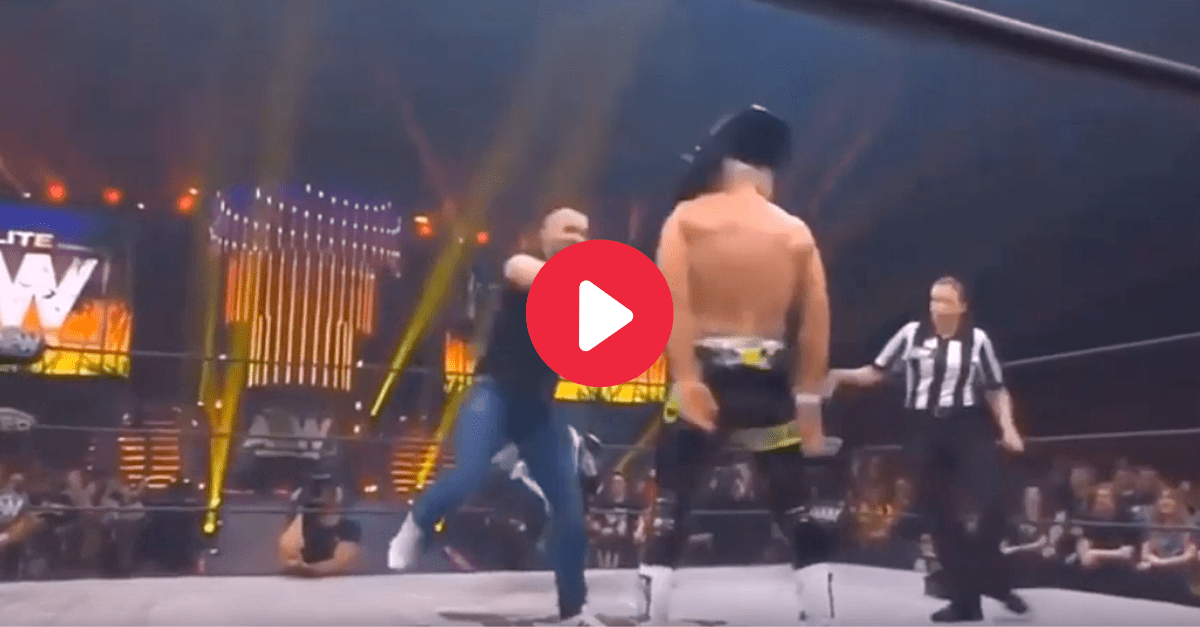 All Elite Wrestling is here. The upstart wrestling promotion was created by billionaire investor Shahid Khan and his son, AEW President Tony Khan, in an attempt to rival the monopoly established by Vince McMahon’s WWE. The signings of former Ring of Honor wrestlers Cody Rhodes and The Young Bucks ? Matt and Nick Jackson ? were the first dominos to fall, followed by others like long-time WWF/WWE superstar Chris Jericho, New Japan Pro Wrestling’s Kenny Omega, and former WWE Champion Dean Ambrose, who now goes by the in-ring name of Jon Moxley.

The promotion placed an emphasis on being a place where wrestlers could perform without the added pressure that WWE puts on its talent. Wrestler safety is one of AEW’s most notable pillars, including offering health insurance and benefits to its talent.

But what happened to superstar Cody Rhodes at AEW Fyter Fest contradicts everything the promotion was thought to be about.

At the conclusion of Rhodes’ match with with Darby Allin, which ended in a time limit draw, Shawn Spears nailed Rhodes in the head with an unprotected chair shot. The crowd at the Ocean Center at Daytona Beach, Florida fell silent as Rhodes was attended to by medical personnel. He received 12 surgical staples to fix a big laceration on the back of his head, while on-air host Jim Ross talked about potential long-term health affects he could face in the future. Rhodes reportedly did not suffer a concussion.

“Well you think it was unprotected, and I’ll keep it at that. That was all Cody’s idea. See, I didn’t even know what happened to be honest. All I know is he did get staples, so I’m going to have to look back and I’ll have a comment on it later. So I don’t even know.

“I do know that they “gimmicked” the chair, and it clearly didn’t work, right? Because he was bloody.”

In the wake of the shocking double-murder and suicide of Chris Benoit, WWE permanently banned unprotected head shots from its events. Benoit suffered from the degenerative brain disease Chronic Traumatic Encephalopathy ? known as CTE ? which is caused from repeated blows to the head and results in long-term mental issues leading to memory loss, personality changes, uncontrolled aggression and depression. Hundreds of former NFL players are living with the disease today.

The “gimmicked” steel chair sounds sure sounds like a cop-out for a stunt that went terribly wrong. Whether or not AEW wanted this to happen, it clearly didn’t go as planned, and wrestling fans took to social media to voice their displeasure with such a dangerous stunt.

I don't think AEW needs barbed wire or thumbtacks or unprotected chair shots to the head. Just give us good wrestling and good stories and we'll be happy. #FyterFest

PLEASE DO NOT DO UNPROTECTED CHAIR SHOTS TO THE HEAD. Please. We'd like to see you all around for a long time. And it makes us feel uncomfortable being complicit in what we know can be damaging. #FyterFest

Yeah what I definitely don't need out of a wrestling company is an unprotected chair shot to the head.

You’re not cool for doing unprotected chair shots to the head, @AEWrestling. #FyterFest

AEW was trying to make a splash in pro wrestling and turn eyes to their brand. But honestly, putting themselves at risk with stunts like this is no way to make that happen long term. This specific situation captured our attention, but will talent really feel safe if this is the price they have to pay?

Cody Rhodes is All Elite Wrestling’s biggest star. Even he isn’t safe from a dangerous stunt like this.