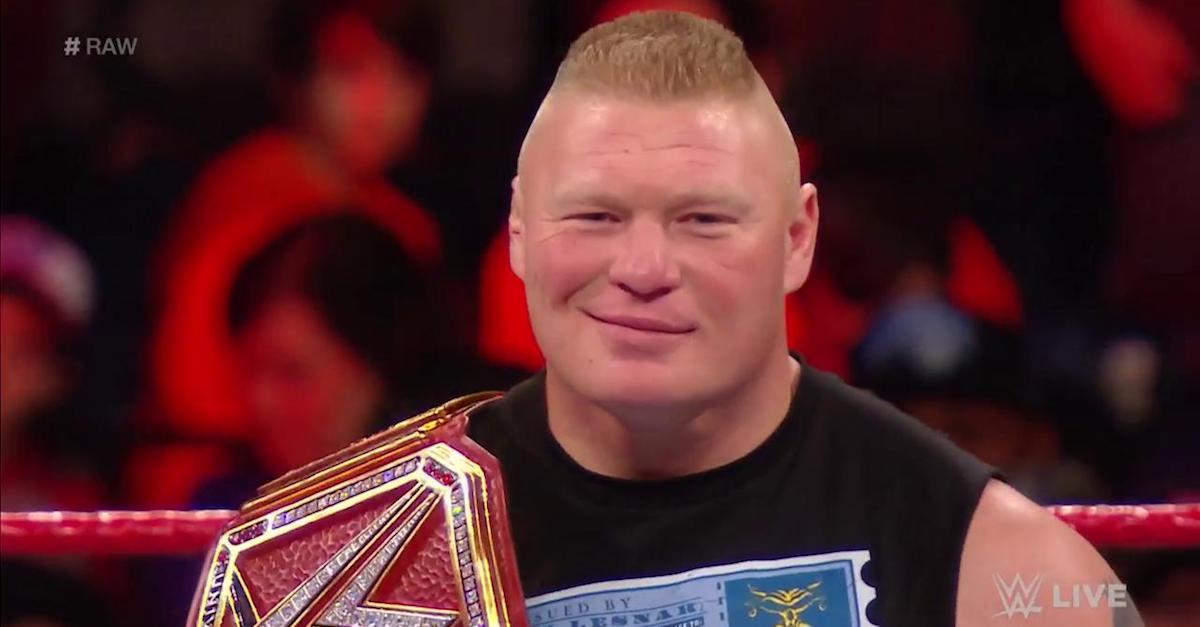 The opening of Raw recapped last week, when Reigns defeated Samoa Joe in a match if he was disqualified, he would have lost the Intercontinental championship.

Roman Reigns began cutting a promo only for Jason Jordan to interrupt. Seth Rollins joined him, clearly irked by Jordan. The Balor Club interrupted and talked up Rollins and Reigns, but made fun of Jordan. Jordan went at them, but general manager Kurt Angle interrupted and made a six-man tag team match for later in the night.

Reigns and Rollins took control early on, and they continued teasing trouble with Jordan celebrating while the two gave him dirty looks. Gallows slowed down Reigns, holding him in the middle of the ring in a headlock. Reigns got the hot tag to Rollins, who took out all three of his opponents. Anderson connected on the spine buster on Rollins for the two-count. Anderson tagged in Balor, and Rollins hit a back body drop on him, but Jordan distracted the ref, who missed a hot tag to Reigns.

Anderson and Gallows hit the Magic Killer on Rollins. After some issues in the ring, Balor hit the turnbuckle dropkick on Rollins after he was picked up by Jordan. Balor knocked Jordan out of the ring and landed the Coup de Grace for the pinfall.

After the match, Reigns was yelling at Jordan. The Miz attacked Jordan, then the Miztourage beat down Reigns in the ring. Miz hit the Skull Crushing Finale and the three of them hit the Shield triple powerbomb before closing out Raw by posing to the crowd.

The No. 1 contender tore down part of the set after decimating his two Royal Rumble opponents.

Cedric Alexander knocked Amore on his back to start the match and aggressively pushed the champ around the ring. He had advantage on the side of the turnbuckle when Enzo pushed him off onto the outside ahead of a commercial break. Enzo took control, but an elbow appeared to bust Amore open the hard way. Alexander connected on a dive to the outside and it looked like Enzo was injured before he was counted out.

The Miz vowed to win back the Intercontinental championship from Roman Reigns and said he’ll become the longest reigning IC champ of all time.

Banks hit the Banks Statement and defeated Rose via submission. Very entertaining match, with Deville yelling “hair up, square up,” as she pelted Banks with lefts and rights. Fantastic subtle heel work.