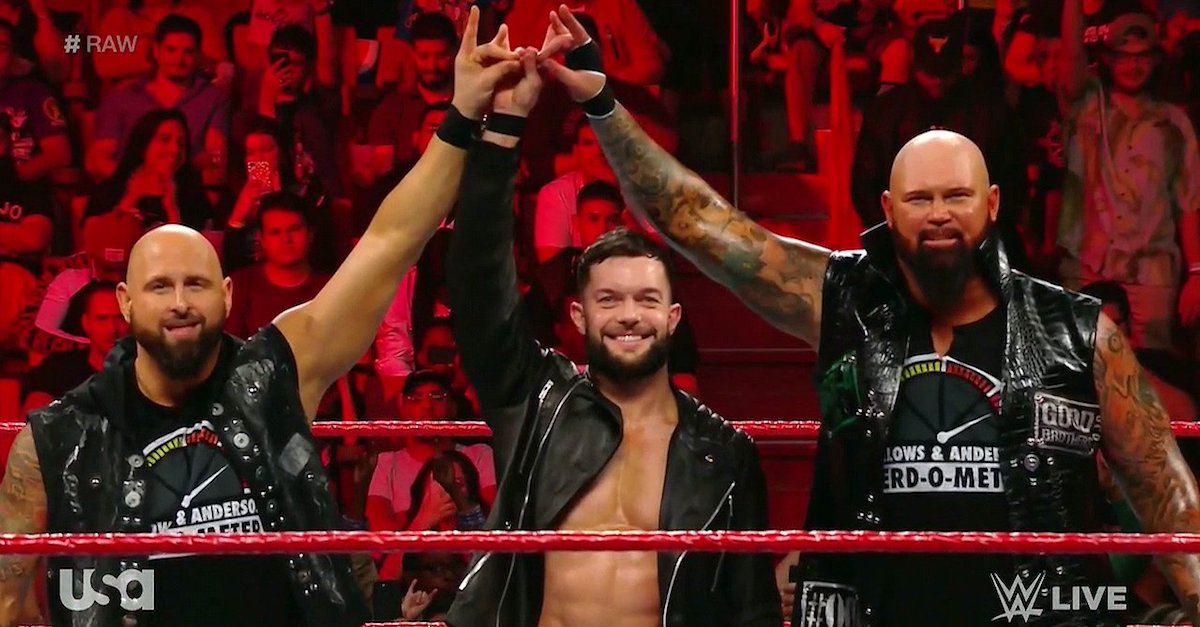 Paul Heyman cut a promo on Kane and Braun Strowman. As he and Lesnar started to exit the ring, Kane walked down and chokeslammed him. Lesnar sat up from the chokeslam and attacked Kane. The locker room spilled out and took Kane to the back while Lesnar posed by ringside.

Gallows and Anderson hit the Magic Killer, leading to Balor connecting on the Coup de Grace on Bo Dallas for the win.

An epic back-and-forth match resulted in Reigns hitting the spear for the win. There were plenty of false finishes, where if Reigns was disqualified, he would have lost the title.

Asuka def. Alexa Bliss via submission in a non-title match

Asuka worked over the champ and finished her with her armbar submission.

Kurt Angle announced both the men and women’s Royal Rumble matches will have the same stipulations during the opening segment of Raw — 30 person, over the top rope elimination and the winner gets a title match at WrestleMania.