If you're a fan of the National Football League, you're probably painfully aware of how difficult it seems to be for the league to define exactly what is a catch?

Over the years, as world-class athletes competing at the highest level of their sport achieve ever more impressive athletic feats (I'm looking at you OBJ and Justin Jefferson), the NFL has had to tweak, adjust, and otherwise attempt to clarify what can be a vague rule when translating what's on paper in the rulebook into what happens on the field of play. How any single play gets interpreted can lead to utter outrage, complete exultation, or some combination of both. No matter what the ultimate judgment may be in the moment, it's almost always a source of debate. Well - when it comes to the Beautiful Game, soccer players have our very own version - offside.

What is the Offside Rule in Soccer? 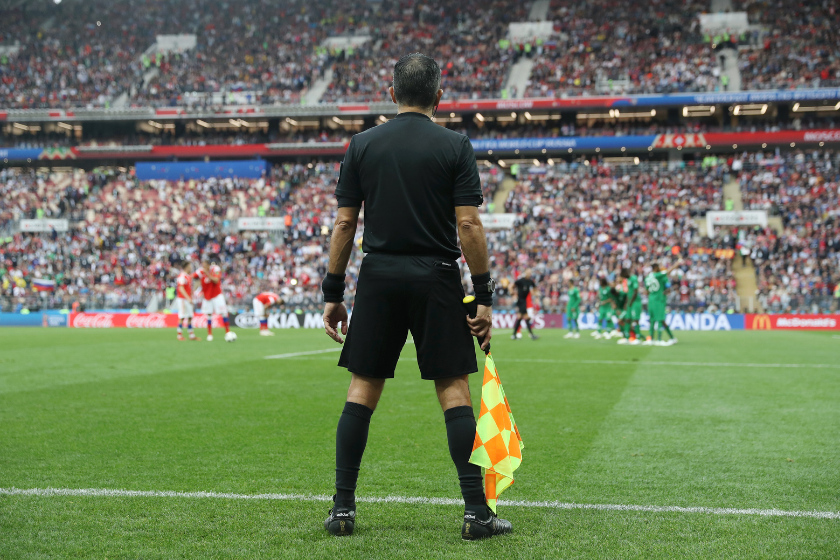 Offside is a law that essentially prevents an offensive player from just "hanging out" in front of the defending team's goal waiting for the ball to come so they can turn and have a shot. This is why you can't have a teammate stand directly next to the opposing team's goalkeeper on the other half of the field the entire game. The Offside rule states that an offensive player is not allowed to be closer to the opponent's goal than any defender when the ball is played to them. It's a bit like the blue line in hockey, only that blue line is constantly moving based on wherever the second to last defender is on the field. Got it? Yeah - I didn't think so. Let's just go to the rule book, shall we?

The governing body responsible for establishing the laws of the game when it comes to soccer around the world is The IFAB (International Football Association Board). The first universal laws for the sport were written in 1863 in England. The IFAB was founded in 1886 by the four British football associations (the Football Association, the Scottish FA, the FA of Wales, and the Irish FA) as the worldwide body with sole responsibility for developing and preserving the Laws of the Game. FIFA joined the party in 1913, completing the board and representing over 200 national associations worldwide. If you're curious, you can visit their website here to read a bit more about how they operate, what their mission is, and generally what goes into overseeing "the beautiful game". 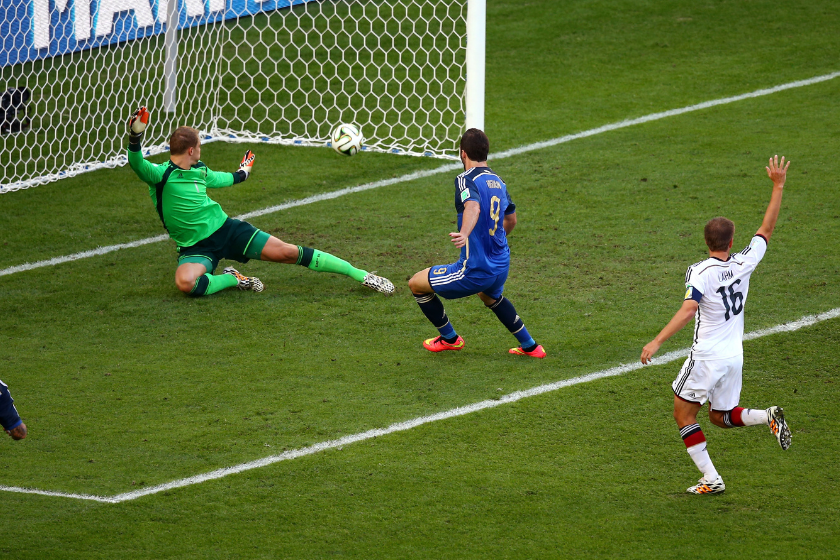 If you were to venture to the International Football Association Board (IFAB)'s website and search for Law 11, the offside law, you might get a headache reading through everything that goes into determining offside. As my father likes to say - "you need to be a Philadelphia lawyer to understand what offside is these days". (I'm not sure why it has to be a Philly lawyer, but the implication of how complicated it can get is clear).

Within the Football Association's law itself, there are four subsections dealing with the conditions that must be present during the run of play in order for the call to be made. First there's the explanation of what's considered an "offside position" (not an offense, by the way). There's specifics about a player's location on the field, as well as clarity on what specific parts of the player's body are taken into consideration.

Next we get the explanation of when an "offside position" becomes an actual offense.

According to Law 11, "It is not an offence to be in an offside position."

"A player is in an offside position if:

The hands and arms of all players, including the goalkeepers, are not considered. For the purposes of determining offside, the upper boundary of the arm is in line with the bottom of the armpit.

A player is not in an offside position if level with the:

Most of that has to do with whether the player becomes directly involved in the play itself (as opposed to hanging out in an offside position nowhere near where the action may be taking place). It goes on to specify other scenarios that may occur during a game and explains how and when it would be considered offside or not. It's quite a diatribe seemingly attempting to cover every conceivable outcome that might occur over the course of a game.

The shortest subsection clarifies when it is NOT considered an offside offense (or offside offence, for those of you across the pond). The entire section consists of one sentence and three bullet points. Efficiency! An attacking player cannot be offsides if they receive the ball directly from a throw-in, goal kick or corner kick.

Again, the density of explanation seems exhaustive in an attempt to "cover all the bases". That's followed by an FAQ section that lists more than 25 scenarios, each of which you can click on to see what the corresponding call should be given the situation outlined. This is where things get complicated. Now we're looking at active play scenarios, shots off the crossbar, ricochets off the goal post, own goals, specific sides of the field, passes to players in an onside position, plays that take place in the penalty area of a soccer field, and goal-scoring plays. If you're looking for an existential crisis, we cannot recommend these questions enough.

Whether you're looking at a play from the perspective of the offside player or the defending player, it's incredibly difficult to sort out. Perhaps The IFAB should take a page from the NFL and try to simplify things, rather than trying to codify every imaginable permutation possible. Of course, that could pose headaches as well. Sometimes you just have to say "we'll do our best" and leave it at that.

Simply put: Offsides is called when an offending player gets between the last opposing defender and the opposing goalie, on their opponent's half, without the ball. 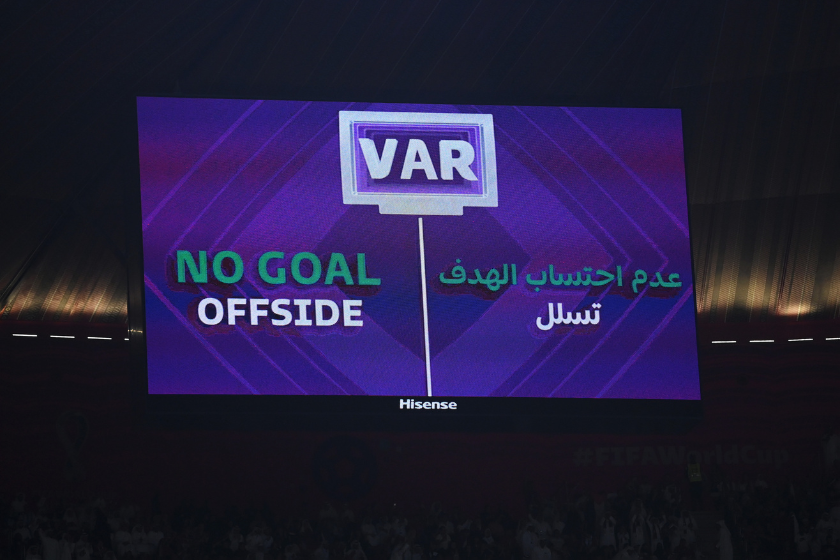 You're an expert on Law 11 by now, right? The long and short of it is this - offside can be a challenging call to make. There is no set, fixed spot on the field to make the call any easier. Even with the aid of the assistant referees working the sidelines whose primary responsibility is to call offside, it can prove difficult. The introduction of VAR (video assistant referee) not long ago has added an additional tool to the resources officials have with the goal of "getting the call right" - but even that has proven inconsistent when it comes to the ultimate determination, which is still left in the hands of a human being operating it. As you enjoy the 2022 World Cup in Qatar, keep that in mind. Try to enjoy the game as a fan, look out for offside traps, and remember that just like the players on the pitch, the officials are among the best in the world as well - that's why they have the job.

MORE: "Welcome to Wrexham" Highlights Not Only a Football Club, But a Historic Welsh Community