Who is Leonard Hamilton’s Longtime Wife? 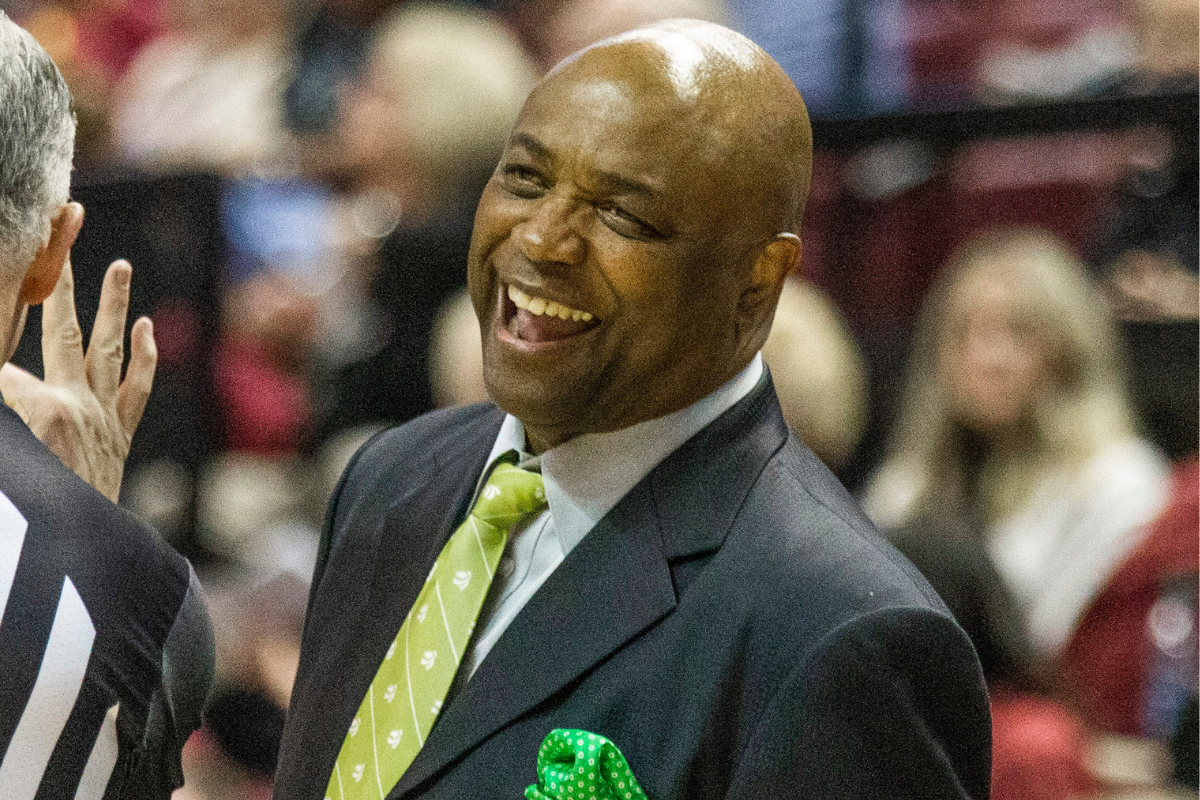 Leonard Hamilton has experienced about all one can on the hardwood.

He was on the bench when the Wildcats won the 1978 NCAA Championship and played in the 1984 Final Four.

Hamilton received his first head coaching opportunity at Oklahoma State University in 1986. He went 56-63 in Stillwater and mentored young coaching talent such as Kansas head coach Bill Self.

The men’s basketball coach moved from Oklahoma to South Beach to coach the University of Miami after four seasons. He built the Hurricanes basketball program to be consistent NCAA Tournament participants, making the Big Dance his final three years and reaching the Sweet 16 in his last.

The NBA’s Washington Wizards came calling in 2000 and Leonard took the job. He only coached one year in The Association, going 19-63. He was fired after the 2001-01 campaign and replaced by Doug Collins.

He took a year off and landed in his current role at the Florida State University. His wife Claudette has been by his side since his college days.

Claudette sent me this photo from our holiday party and I just love this sweater. You think I could pull this off on the sidelines? pic.twitter.com/cS9BbIIT89

FSU coach Leonard Hamilton and Claudette met while they were both students at UT-Martin in the late 1960s, according to Fabwags. They married shortly after Hamilton started his coaching career at Austin Peay.

The couple has two children together: son Lenny born in 1970 ? who’s a musician ? and daughter Allison Janae born in 1984 ? who’s an artist.

Mrs. Hamilton is a former volunteer tutor turned homemaker. The two have been married for 51 years.

Coach Hamilton says the two things that calm him down are his wife and gospel music.

In his hometown of Gastonia, North Carolina, he grew up next to a Baptist church and could hear the music from his bedroom. He says gospel music is part of who he is.

Look at that hair pic.twitter.com/wyBfzahx3H

Claudette’s support and music have been keys in helping Hamilton build a program in Tallahassee for almost two decades. He’s won multiple ACC Coach of the Year Awards and captured the ACC Tournament title in 2012.

The Florida State Seminoles have been a staple in the NCAA Tournament the past five years; the peak coming with an Elite Eight appearance in 2018. As Atlantic Coast Conference regular season champions, FSU had a real shot to do some damage in 2020, but March Madness was canceled due to the coronavirus pandemic.

For over half a century, Claudette has been cheering on Leonard from the sidelines. That encouragement is doing wonders because the 72-year-old basketball coach barely looks 50, and his program plays its best basketball in the postseason.