The Silent Rise of Alabama Basketball, and Why They’re Now an SEC Contender 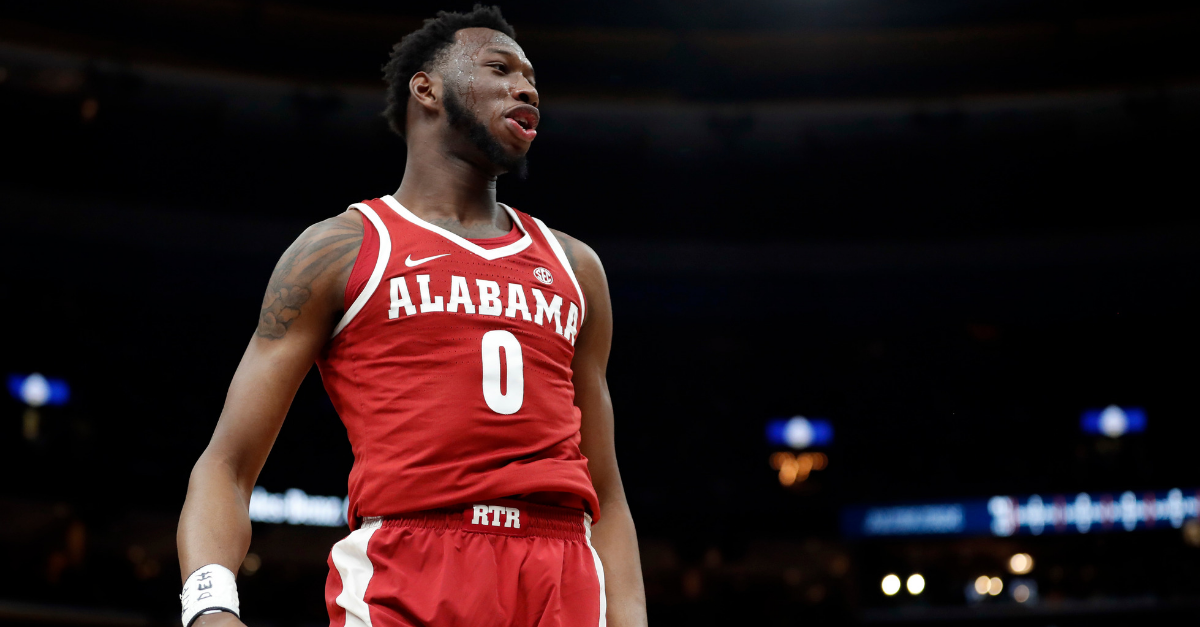 The Alabama Crimson Tide are the cream of the crop in the college football world. With $600 million renovations coming in Tuscaloosa, the program is helping create a winning culture across campus, and not just when it comes to the gridiron.

When it comes to the hardwood, that level of success is a different story. The Alabama men’s basketball team only has one national championship that came back in 1930. They’ve reached the Sweet Sixteen of the NCAA Tournament just seven times — their 1987 appearance was vacated by the NCAA — and the Crimson Tide haven’t won the SEC since 1991. However, with head coach Avery Johnson in his fourth season at the helm, those past shortcomings are turning into massive wins in Tuscaloosa.

After rolling then-No. 20 Ole Miss, 74-53, at home inside Coleman Coliseum, the Crimson Tide brought their record to 12-6 on the season as of January 23.

Had Alabama been able to make a few free throws against the Tennessee Volunteers and Texas A&M Aggies, this team’s only conference loss to this point would’ve been on the road against the LSU Tigers. The Crimson Tide already have impressive wins over the Kentucky Wildcats, Arizona Wildcats and Murray State Racers, and they’re doing it by competing from start to finish.

Through Alabama’s first 18 games, 14 of them were decided by 10 points or less.

Alabama doesn’t have a top-10 scorer in the Southeastern Conference as their schedule reaches the end of January. Six different players — Kira Lewis Jr., John Petty, Avery Johnson Jr., Donta Hall, Tevin Mack and Alex Reese — have all led the Crimson Tide in scoring in different games this season. Their biggest asset is senior forward Donta Hall, whose 9.1 rebounds per game ranks third in the SEC.

After advancing to the Second Round of the NCAA Tournament and finishing with a 20-16 record last year, coach Avery Johnson is poised to take this team to the next level, and he’s building this program into a legitimate contender every single night.

HAVE YOUR MOMENT, @AlabamaMBB. pic.twitter.com/wtulwaZNiB

RELATED: This All-Coaches Starting 5 Would Wreck Any Team, Any Time

After grabbing four-star point guard Kira Lewis, top-ranked player in the state coming out of Hazel Green HS in Alabama last year, the Tide’s 2019 recruiting haul could be even greater.

Three four-star players — Juwan Gary, Jaylen Forbes and Jaden Shackelford — have signed on to play for the Crimson Tide for next season, but this class’ biggest fish could be five-star forward Trendon Watford. The Mountain Brook HS star is the top-ranked player in Alabama, and he has the Crimson Tide, Memphis, Indiana and LSU on his radar as potential landing spots for the 2019-20 season.

The 2018-19 men’s basketball season has a lot of game left, but the way this Alabama Crimson Tide team keeps finding ways to win makes them hard to bounce out on any given night. With games against ranked opponents like Mississippi State, LSU and the Auburn Tigers ahead of them, Alabama’s resume should land them with a second-straight NCAA Tournament appearance for the first time since 2005 and 2006.

Plus, the way Avery Johnson is building this Alabama basketball team, they could very well become the second-biggest ticket in Tuscaloosa in for the foreseeable future..