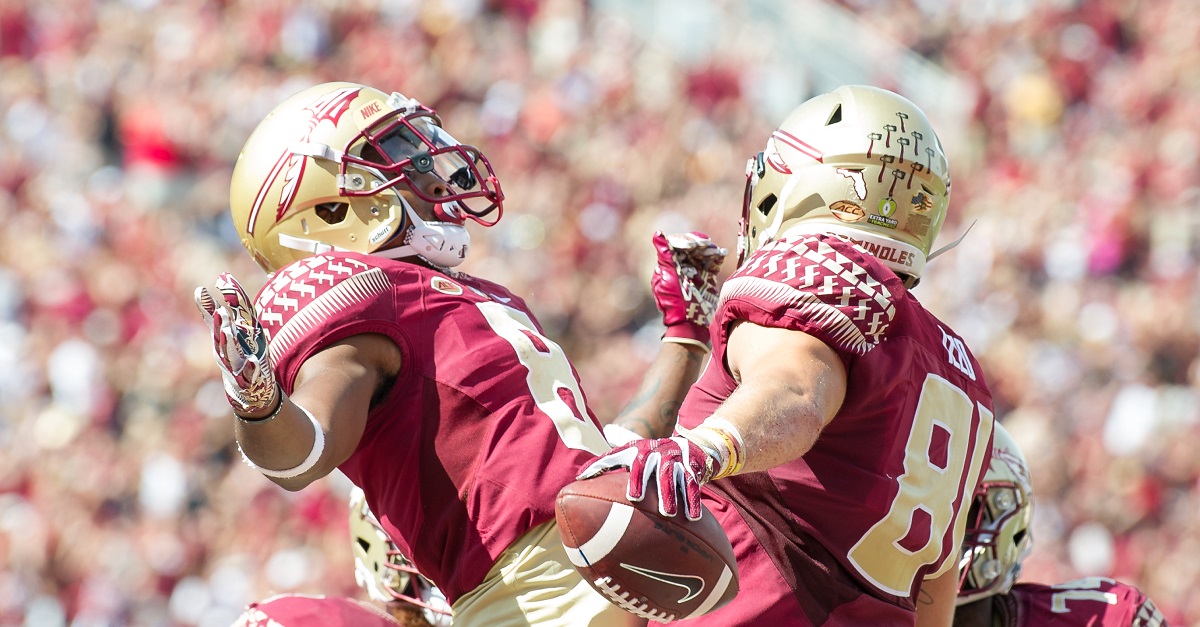 The best team the Florida State Seminoles will play during the regular season is possibly the Clemson Tigers. They are currently the second ranked team in the country, and that doesn’t even cover their history with the ‘Noles. The Tigers beat the ‘Noles the last three years in a row, and have been to the College Football Playoffs in the last three seasons, too.

The Clemson Tigers aren’t insurmountable; they’ve been beaten by lesser teams over the last few years. Last season, Clemson’s only regular season loss was to Syracuse, a four-win team that lost five straight after beating the Tigers. In 2016, they lost to an eight-win Pittsburgh team at home. They can be beat, even if they are undefeated. The game on October 27, 2018 at 12:00 p.m. EST could change it all for the Seminoles. For fans wanting to tune in, the game will be broadcast on WTXL ABC 27.

To beat a top team, though, Florida State is going to need help. Clemson has to make some unforced errors due to the crowd, mental mistakes from a freshman quarterback, even looking past the 4-3 Seminoles. Beyond unforced errors, though, these three things are what the Seminoles need in their playbook to take the Tigers down.

The defensive line of Clemson is monstrous. They have four guys who could be drafted on the first day of the NFL Draft in April. That is terrifying for a team who has struggled to block sub-par defensive fronts. To slow them down, they need to have some success in the screen-game. It worked for the first half during the Miami (Fla) game when Tre’ McKitty took a long third-down screen for a first-down.

There also needs to be a wider range of screens they can use. Spread them out to different players all over the field to keep the defense guessing. If the screens are only being thrown certain players in certain spots, they are much easier to sniff out. Take a note out of the New England Patriots playbook and throw screens that have a fake on top of fake.

Handed off to Sony on the first play now they run a play-action/fake orbit motion screen pass to him on the second play. Look at how the orbit motion by Edelman effects the defense. Gets the entire second level moving to their right and the screen is back to the left. #Patriots pic.twitter.com/8N2s3yDP53

This can keep from having the entire defense reach the screen before it even gets started. Even if the motion grabs one defender, it is one less that the offensive line will have to block and one less the receiver will need to make miss once he has the ball.

Trevor Lawrence has yet to play a tough, meaningful game on the road. His only game as a starter on the road was against Wake Forest, but they won that easily, 63-3. If Florida State turns the ball over and is giving them the ball with favorable field position, that takes the home-crowd out of the game and gives a young quarterback a confidence boost. Earlier this season, when Syracuse led for most of the game against the Tigers, the turnover battle was won by the Orange, 3-1. That is what the ‘Noles need to do. Take advantage of a young QB in a hostile environment and limit big mistakes.

In the previous eight games in this match-up, FSU won half of those games, but they have only won the turnover battle three times. In those three games, they are 1-2. They are 2-1 in games when Clemson wins the turnover battle and 1-1 when they have the same number of turnovers. So while turnovers might not affect the match-up in this series, but they definitely don’t hurt a team’s chances of winning.

Travis Etienne has totaled 15 touchdowns (14 rushing – one receiving) so far this season, putting him in a tie for eighth, all-time, for most touchdowns in a single season #ALLIN 🐅 pic.twitter.com/mzmSDr3oVH

The Tigers have succeeded even through quarterback controversy with a young team mainly due to the extremely successful rushing attack led by Travis Etienne. He’s rushed for 800 yards and 14 touchdowns on just 98 carries. He is second in the country with 8.16 yards per rush and is probably the sole reason they were able to pull out the win against Syracuse.

Travis Etienne's 7 explosive rushes vs. Syracuse. I'm not sure where you tackle this guy, but arm tackling low appears not to be the answer as Etienne runs through tackle after tackle… pic.twitter.com/nWWLshGqEd

The sophomore running back rushed for 203 yards and three touchdowns on 27 carries. That was his first game with three scores and has scored that many times in each of the past three games. His success put a young quarterback in better situations and kept moving the chains. Florida State can’t do that.

That being said, the Seminole defense has been effective at stopping the run this season. They are currently eighth in the country in rushing yards allowed per game at 100.4. Clemson is 10th in the country as a team in rushing with 253.7 yards per game. They may not be able to hold them below 100 yards, but they have to at least make it difficult for them. They average 6.48 yards per attempt, and if they allow the Tigers to pick up six yards every time, the game is over right there.