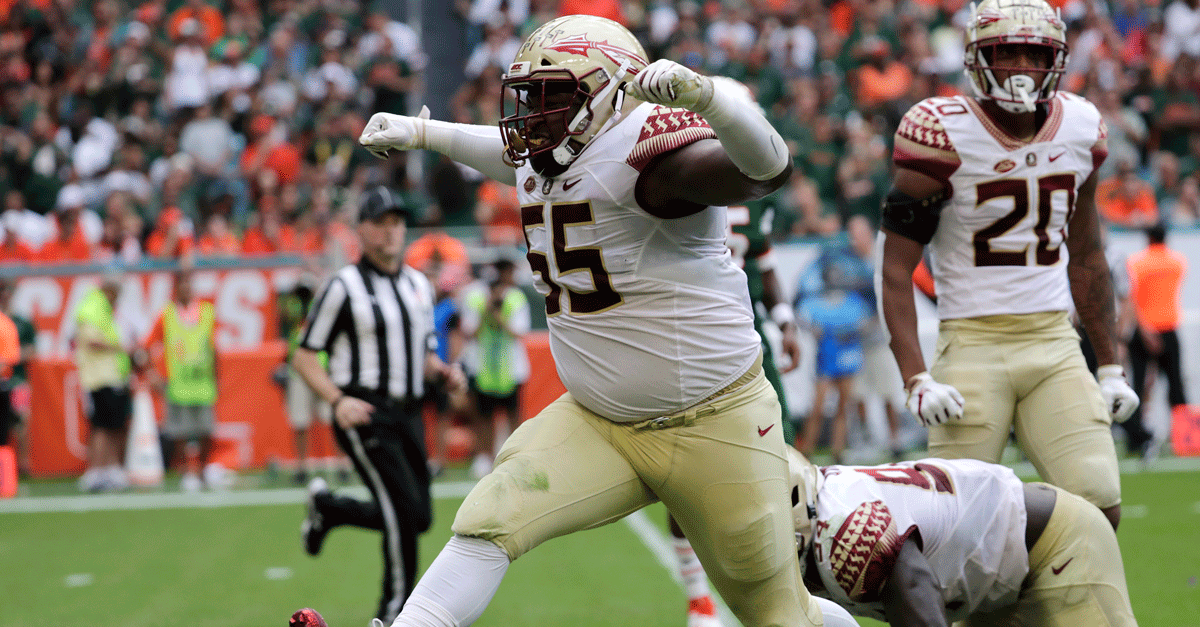 If the Florida State football team wants to add on to their streak of consecutive seasons making a bowl game, they need certain players to step up. In some cases, it is an entire position group.

For that 37th consecutive bowl game season, the Seminoles definitely need some offensive and defensive players to improve their play from the first half of the season. With six games played under the new coaching staff, the next six should look better, right? Both the offense and defense are struggling, and those problems stem from one single source.

It still doesn’t mean there aren’t others who have been playing below the level we know they should play at. In some cases, the importance can’t be summed up by one actual player, but by the group. The four most important Seminoles during the second half of the season.

A quarterback’s best friend can be a good tight end, a safety blanket to count on when under pressure. Since Deondre Francois is always under pressure, he needs the safety blanket. McKitty hasn’t been bad this season, but he only averages about three catches and 30 yards per game. And he should also help in the blocking game for rushing as well as the passing game when needed.

It should also help that there isn’t a large target on the outside, so he can be that when needed: a red zone target that is impossible to cover. But with 17 catches for 182 yards and two touchdowns, he hasn’t had the sophomore campaign he should be having. We hope his time is coming.

After rushing for 1,024 yards and seven touchdowns as a freshman last season, Akers has struggled to get going this year. Through six games, he has only rushed for 362 yards and one touchdown. The offensive line has struggled, leading to Akers being hit in the backfield often, but the offense needs him to find holes if they can succeed.

Even if the run game doesn’t pan out, he can change the passing game. The threat of him getting the ball can help in play action, he can receive screen passes, and he should also be able to block for Francois. If teams are worried about Akers, they will all of a sudden need to change the way they are rushing the passer and running up the field.

The Seminoles have one of the worst pass defenses in the country. They are currently allowing 271 yards per game through the air, only 19 teams giving up more. If you are giving up 475 yards to an FCS opponent, there are obvious issues. The only saving grace of that game is the four interceptions they had, but giving up 1,626 passing yards while rarely playing from ahead is awful.

If the Noles were a team that was forcing teams to try and make comebacks, it would be understandable. But other than the Miami game, they have played close games where they were the ones trailing.

Something that does hurt the corners is the fact that the rush defense has been good, so it forces teams into passing downs. But as a team, they have intercepted six passes through six games. With how good Brian Burns and the pass rush has been, there is no way teams should be as successful throwing the ball like they have. If not for Levonta Taylor’s pick-six against Samford, the Bulldogs very possibly would have thrown for over 500 yards and beat FSU in Doak Campbell Stadium.

Which #FSU offensive linemen graded out as the top blocker this past Saturday? Answer: Mike Arnold in just his second career start. More details on how the offense fared and a full breakdown of the player grades. https://t.co/EDtf7QtvQt pic.twitter.com/uPMPbFi24p

Ask anyone who has watched the Seminoles this season and they know who needs to improve the most. Like a broken record, it has been the offensive line that seems the always stand out as the weakness on the team. The passing game is weak because there is no time to pass down the field. The run game is weak because running backs are getting hit at or behind the line of scrimmage.

With a the bye-week, hopefully some shake-ups can help the line because more of a unit and hit their stride down the stretch of the season. So far through six games, there have been nine different players to get a start along the offensive line, only two of them starting all six games. Alec Eberle and Mike Arnold are the only consistent starters for the team while the rest of the line is constantly changing. Hopefully one of these changes reveals a lineup that works well and can find some cohesiveness that can help the offense.

If nothing changes on the offensive line, there is no way this team will reach six wins. If the offensive line can just be decent, the rest of these players on this list don’t have nearly as much to worry about. Akers will have room to run, McKitty will have more time to run routes, and the entire defense will have a load of pressure taken off them.