Former Auburn Tigers quarterback Reggie Slack was a big reason Pat Dye became an icon at Auburn University. Don't get me wrong, Bo Jackson played a massive role in doing so as well. But Slack led the Tigers to back-to-back 10-win seasons and SEC championships in 1988 and 1989.

Many fans on The Plains likely remember his interception to Florida State's Deion Sanders that lost the 1988 Sugar Bowl or that he beat Alabama in the first-ever Iron Bowl hosted at Jordan-Hare Stadium in 1989.

Slack's numbers from the day he stepped on campus in 1986 to his final game in the Hall of Fame Bowl in 1989 aren't necessarily gaudy: 4,697 passing yards, 23 touchdowns, 23 interceptions. But the former passer was the face of Auburn football in the late 1980s. 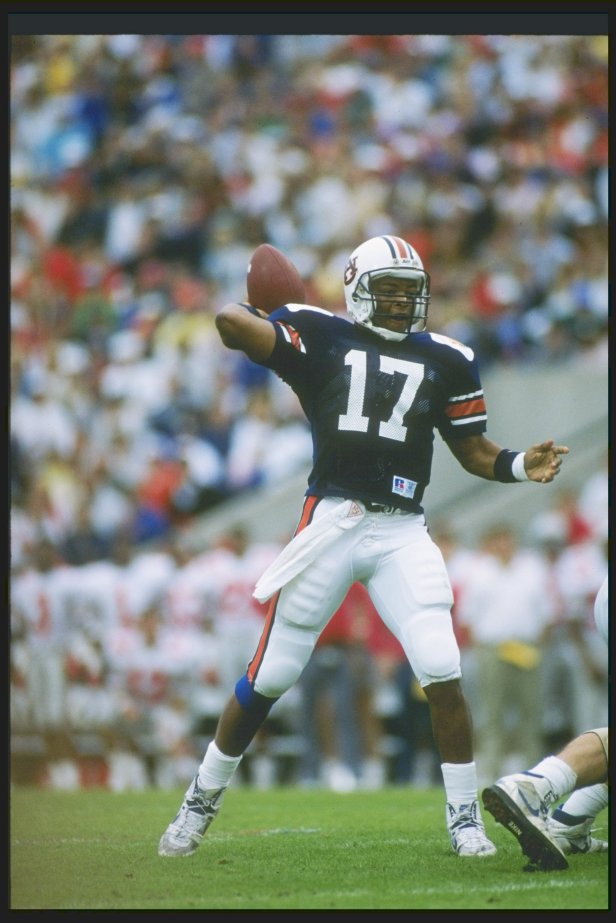 After his time in the SEC, Slack was selected in the 12th round of the 1990 NFL Draft by the Houston Oilers. For the next 13 or so years, he played for teams like the WLAF's New York/New Jersey Knights and the Canadian Football League for the Toronto Argonauts, Hamilton Tiger-Cats, Birmingham Barracudas, Winnipeg Blue Bombers and Saskatchewan Roughriders.

?Over 30 years after he departed Auburn, where is Reggie Slack today?

Slack last played professional football in the CFL in 2003, and in 2014 he opened up his own pizza shop: Reggie's House of Pizza.

The joint is located in Navarre, Florida, not far from where Slack first became a star football player at Milton High School in Milton, Florida, just outside of Pensacola.

"Because most things that end up being great in our lives, we don't really plan them," Slack told the Pensacola News Journal at the time. "We just follow where we're led to. I have a passion for this. I love this environment. I have always loved to cook."

It wasn't the first pizza place he owned. He previously bought Papa's Pizza in 2004, which survived Hurricane Ivan the same year. According to the News Journal, he sold that business for triple what he paid for it.

He then worked at Merrill Lynch and in life insurance before buying and opening Reggie's House of Pizza.

"Life is really about following your passion and what makes you happiest," Slack told the Pensacola News Journal. "That is what has brought me back (to the pizza business), because I really enjoy it. I kinda like to do stuff that requires some effort."

Slack, 53, has returned to Auburn for events and games in recent years. Though he isn't as accomplished as former Auburn starting quarterbacks like Stan White, Jason Campbell or Patrick Nix, Reginald Slack put together a memorable collegiate career for the Tigers.

Slack isn't active on social media, but let's hope he has a plan to keep serving slices.