Some questions are hard to answer. "What do you want for dinner tonight?", "Is a hot dog a sandwich?" or "Should PED users be allowed in the Baseball Hall of Fame?", but there's one question that sports fans argue over, that actually is far simpler than it may seem.

"Which is harder to play: baseball or softball?"

The answer might surprise you, and we've done the scientific research which you can find here. But more specifically, which is harder to hit? The fastest baseball pitch or the fastest softball pitch? Both clock in at speeds rarely seen outside of highways and race tracks, so this question may be a modern-day "pick your poison" type of situation.

However, while most fans know about Major League Baseball pitcher Aroldis Chapman's record-breaking overhand fireball, but who is responsible for the fastest softball pitch ever thrown? 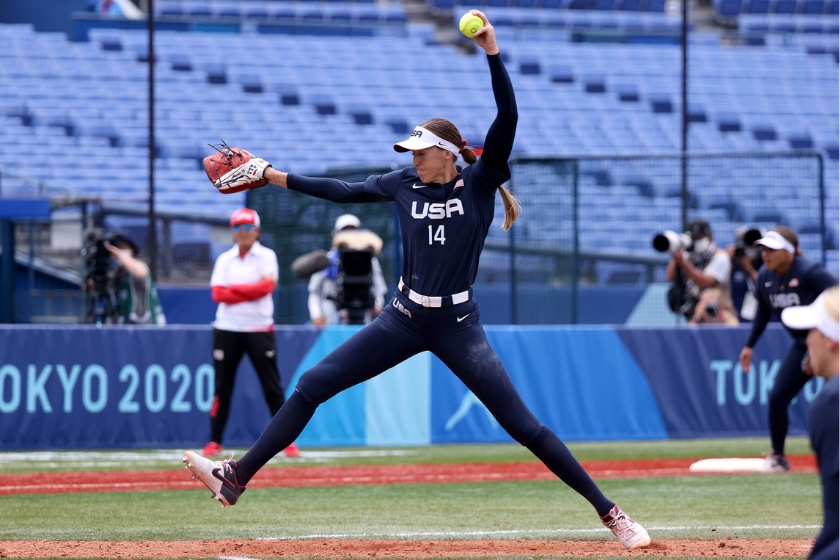 Unless you're Division I college softball home run phenom Jocelyn Alo, the majority of women's softball players will tell you that hitting a softball isn't easy. It doesn't matter if it's Nolan Ryan or your run-of-the-mill rec league pitcher on the mound; with a softball in their hand, they might as well be Montana Fouts, Jordy Bahl or Jennie Finch.

The Guinness Book of World Records credits Monica Abbott with the fastest recorded softball pitch ever, reaching 77 miles per hour back on June 16, 2012 in a National Pro Fastpitch (NPF) game between Abbott's Chicago Bandits and the Carolina Diamonds, the North Carolina team that folded in 2013. Abbott also has played in the Japanese Softball League as a member of the Toyota Red Terriers.

Keep in mind that fastpitch softball mounds are only 43 feet from home plate and are not raised off the ground, which affects the velocity and pitch speed softball pitchers throw. Translating Abbott's speed to a baseball equivalent, the record-setting Olympic pitcher for Team USA and four-time All-American of the NCAA's Tennessee Volunteers probably threw closer to a 100-mph fastball that day. Imagine what her changeup looked like too. That's the stuff of nightmares right there. 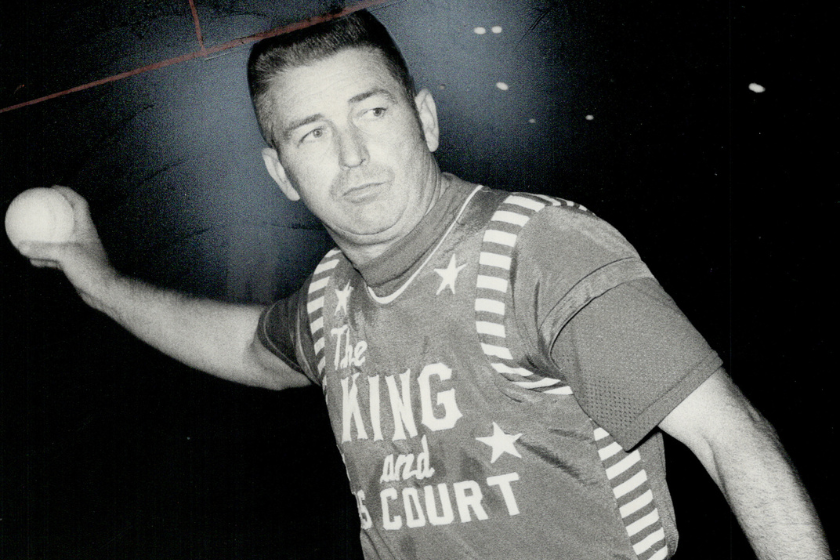 RELATED: Ben Joyce's 104 MPH Fastball Might Be the Fastest in NCAA History

Now, the tale of Eddie Feigner is impossible to ignore. The famous softball pitcher who toured the world striking out everything in sight reportedly once threw a 104-mph pitch. The Washington Post reported there are even claims that, with his unique pitching style, he could get up to 114 mph, which is absurd and would be hands-down the fastest pitch ever regardless of the sport.

Feigner's rumored fastball isn't considered an official record, though. He played on a four-man softball team as leader of "The King and His Court." According to records Feigner kept, he logged 9,743 victories, 141,517 strikeouts, 930 no-hitters, and 238 perfect games during his 55-year career as a starting pitcher against teams at local ballparks all over the world.

Legend or not, one thing is certain: If I stepped into the box during a rec league game and saw Eddie Feigner's grandson or granddaughter on the mound, I'm just gonna close my eyes and swing three times. I don't care if it's a slowpitch softball league, I know that bringing the heat runs in the family.