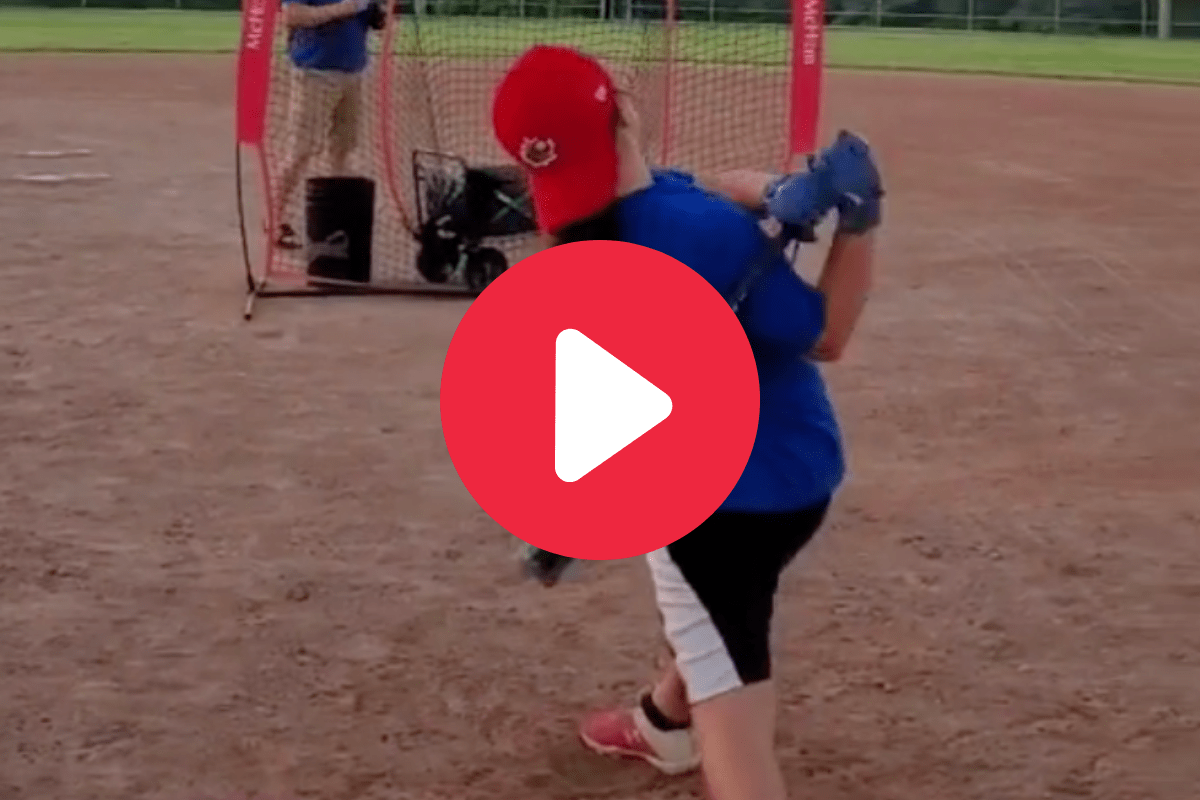 Ashlynn Jolicoeur was eight years old when she was told “girls should not be playing baseball” and should play softball instead.

So she did what any little kid with MLB dreams would do in response to that asinine statement: she made a viral highlight reel.

Diving catch after diving catch in a single practice video took off on social media and showed everyone that “playing like a girl” doesn’t exist. Ashlynn plays like a star.

Ashlynn, 7, was told that “girls shouldn’t be playing baseball.”

Two years later, the 10-year-old Canadian baseball player is sweeping the Internet off its feet for her dynamite swing. Did I mention she’s also an ambidextrous pitcher AND a switch-hitter?

The more I dug through this little Ashlynn’s Instagram page, the more I thought “this is gonna be the MLB’s first female player.”

Jolicoeur hails from Whitby, Ontario, which is just outside of Toronto. She could just as easily become the next great Canadian baseball player behind athletes like Joey Votto and Vladimir Guerrero Jr.

She’s a massive Toronto Blue Jays fan and has even met Guerrero Jr. before at the team’s stadium. By the time Ashlynn is old enough to play high school baseball and potentially collegiately, Vladdy will be the one who’s starstruck by her.

Ashlynn has some serious pop when she strikes a ball. She’s also got a swing that you can’t teach. She posts videos to her Instagram account that has more than 5,000 followers and counting.

Her dad, Dan Therien, said she’s been swinging a bat since she was a baby in Canada.

“I have videos of her when she was just like 1 and she was playing baseball. She’s always loved practicing baseball and playing,”he told The Toronto Star.

This 10-year-old’s skills don’t stop in the left-hander’s batter’s box, however.

She Can Pitch (And Hit) Both Ways

That’s the same girl hitting from the right side. Ashlynn has a dynamite swing and can do it from both sides of the plate. Somewhere, Chipper Jones is applauding.

What’s even wilder is that she’s an ambidextrous pitcher. That means she can throw strikes using either her left or right arm on the mound. Incredible.

Just to prove that Ashlynn is oozing talent, she can also field with the best of the boys.

Check the rip in her pants by her knee. That’s how you know she goes all out on plays.

Keep working hard, Ashlynn Jolicoeur. I can’t wait to see you in a Major League Baseball uniform one day.