Netflix Releases Trailer for Final Season of ‘Last Chance U’ 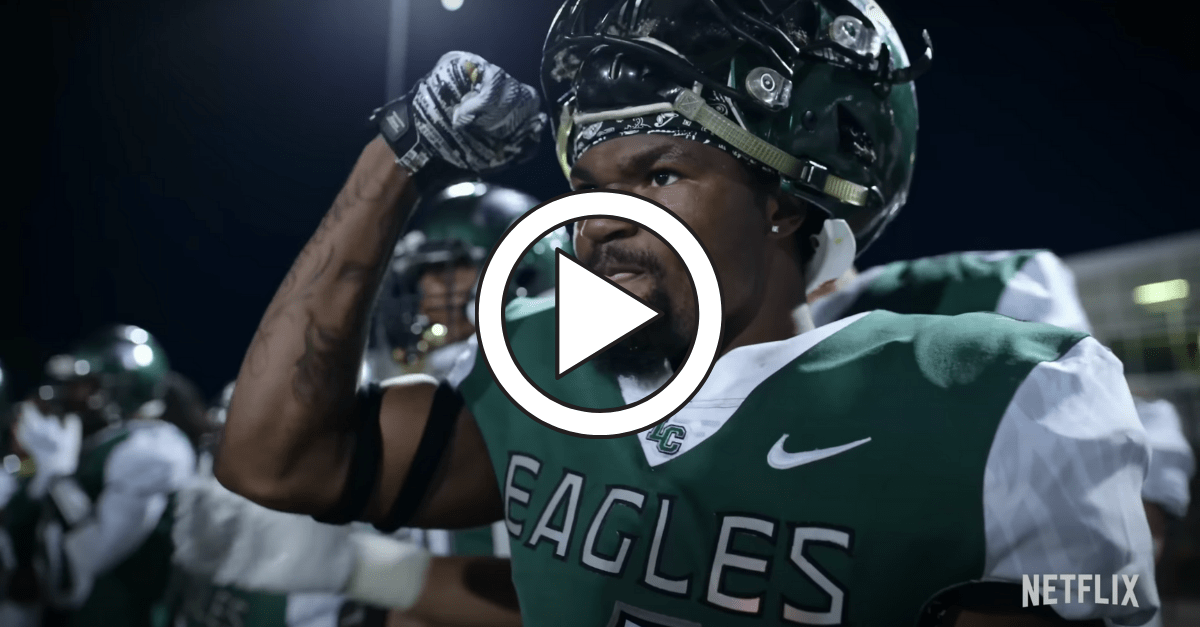 If you haven’t watched the Netflix original series Last Chance U, do me a favor and bookmark a weekend day (hangover recommended) to binge watch the first season. You’ll be hooked as long as you love intriguing storylines, boatloads of perseverance, and yes, lots of football.

‘Last Chance U’ follows high-profile junior college football programs that take in elite talent who got into trouble or didn’t make the grade at a major university, as well as homegrown high school kids taking the JUCO route. The goal is get these kids on the right path and push them out of the program, ready for their “last chance” at the highest level of the collegiate game.

What Schools Participated in Last Chance U?

Seasons three and four brought in a different football team, but the same flavor, when Independence Community College and over-the-top head coach Jason Brown took center stage for the trending TV show set in Kansas. Without giving too much away, season four was easily the worst a ‘Last Chance U’ team performed, punctuated with a text message threatening a player.

Netflix announced that the fifth season will be the final chapter of ‘Last Chance U’ highlighting American football programs at the JUCO level. The plan is to debut the docuseries spin-off ‘Last Chance U: Basketball’ in 2021.

This last season, once again, features one of the nation’s very best programs.

Where Will Last Chance U Season 5 Be?

The focal point is head coach John Beam. After serving as offensive coordinator from 2005-11, Beam was promoted to head coach in 2012 and built a solid JUCO program. Beam rose to fame as head coach of Skyline High School in California, posting a 160-33-3 overall record during his time there. The Titans won 15 league championships, 11 section championships, and posted four undefeated seasons. The Mercury News reported that they went the entire decade of the 1990s without losing a league game.

Beam’s coaching bio says he sent more than 100 football players to the Division I level while at Skyline.

“We?re thrilled to be able to delve into the world of Laney College for our fifth season and to have had the opportunity to document the incredible grit and drive of these JUCO players in Oakland, CA,” executive producer and director Greg Whiteley said in a release. “With this series, we always wanted to give viewers a raw behind-the-scenes look at junior college athletics and we?re excited to expand the LCU legacy onto the court with JUCO basketball.”

All eight episodes of the upcoming season titled ‘Last Chance U: Laney’ will be added to the streaming service on Tuesday, July 28, 2020.

The trailer above was released about two weeks before the drop, and boy, amidst this coronavirus pandemic and COVID-19 virus, some football is exactly what the doctor ordered.

Last Chance U: Where Are They Now?

Another ‘Last Chance U’ player in the NFL 🙏

Baltimore selected the former EMCC guard in the third round @brgridiron pic.twitter.com/p7Nu4PemP7

Obviously, there are many players to pass through the ‘Last Chance U’ documentary series who caught the eye of fans. Here are some of the most notable and what they’re up to lately.

John Franklin III: Transferred to Auburn as quarterback, then to Florida Atlantic where he switched to wide receiver. He signed with the Chicago Bears as an undrafted free agent in 2018 before being waived. As of 2019, he’s signed to the practice squad of the Tampa Bay Buccaneers.

Ronald Ollie: Transferred to Nicholls State for two seasons. He spent the 2019 training camp with the Oakland Raiders, but was cut during the preseason.

Chauncey Rivers: Transferred to Mississippi State. Rivers was named Second-Team All-SEC in 2019 playing for the Bulldogs. He signed with the Baltimore Ravens as an undrafted free agent in 2020.

Dakota Allen: Transferred to Texas Tech. The All-Big 12 selection returned to form before he joined EMCC and was invited to the 2019 NFL Scouting Combine. The Los Angeles Rams selected him in the seventh round (251st overall) of the 2019 NFL Draft. Allen is the first player to appear on the show and be drafted.

Malik Henry: Transferred to Nevada. Henry started two games at quarterback for the Wolfpack in 2019, but abruptly left the team mid-season. He was not on the Nevada roster, nor enrolled in classes, for the 2020 spring semester.

Rakeem Boyd: Transferred to Arkansas. Boyd started 20 games during his sophomore and junior seasons for the Razorbacks, racking up 1,867 rushing yards and 10 touchdowns on the ground. He’s a senior with All-SEC potential in 2020.

Jermaine Johnson: Transferred to Georgia. Johnson played in all 14 games in 2019 for Kirby Smart’s Bulldogs, making one start at outside linebacker. He logged 20 tackles and 2.5 sacks last season.

Bobby Bruce: After being cut from the team, the troubled safety was arrested in connection with an alleged an armed robbery in 2018. He was arrested for felony fleeing and cocaine possession in 2020.

This article was originally published July 17, 2020.