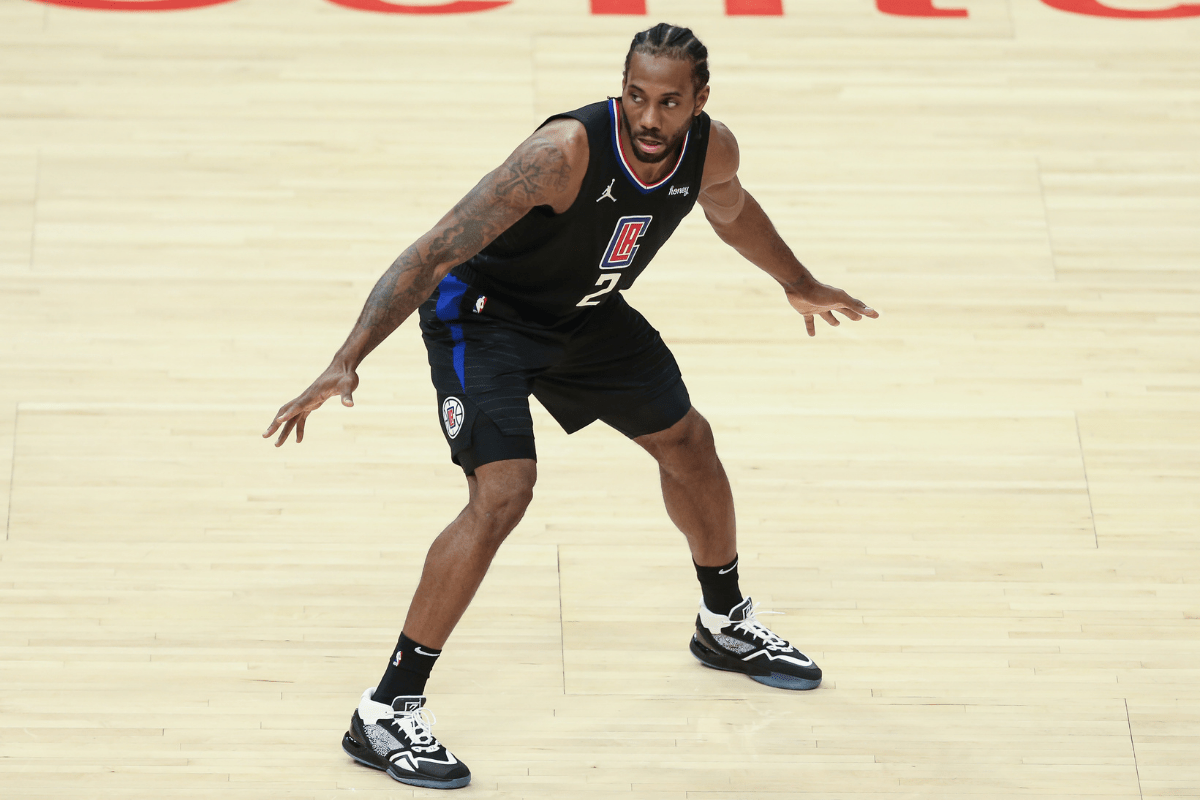 You’re walking cheerfully down the street.

The sun is shining, the birds are singing, you’re bobbing along to “Can’t Get You Out of My Head” by Kylie Minogue. It’s shaping up to be a glorious day.

The air is slightly chilly. All you have on is a light jacket and jeans, and the wind is just strong enough to send a shiver down your fingertips. You put your hands in your pockets and don’t break stride. The chorus is coming up.

This is a luxury Kawhi Leonard can’t afford.

The Los Angeles Clippers superstar has catcher’s mitts for hands. Prior to the 2020-21 season, Leonard admitted to Jimmy Kimmel that his huge hands can’t fit in pockets.

Instead of catching heaters and fumbling around for his car keys, Kawhi hawks down opponents on defense and slices up the midrange on offense.

These enormous hands combined with a 7-foot-3 wingspan make for a nightmare defender. The former Toronto Raptor takes up space horizontally and vertically, making it easy to swipe dribbles away.

There’s a reason the basketball player is a two-time NBA Defensive Player of the Year and seven-time NBA All-Defensive team member. The Claw (formerly branded as the Klaw when he was on Nike’s roster) is a well-deserved nickname.

NBA Players With the Biggest Hands

In the hierarchy of NBA players whose massive hands make a grapefruit look like a tennis ball, Kawhi’s hands measure in the top 10 in NBA history.

Rajon Rondo, who won the 2020 NBA championship with the Los Angeles Lakers, ranks 15th all-time, measuring in with a length of 9.5 inches and a span of 10 inches. Those are some big hands for a guy who’s 6-foot-1 and 180 pounds.

Of active players, Leonard, a four-time NBA All-Star, ranks third. He compared his large hands to Shaq’s hand at NBA All-Star Weekend in Toronto in 2016.

Kawhi was selected 15th overall in the 2011 NBA Draft for his physical prowess. He took on prime LeBron James as a 22-year-old San Antonio Spur to capture his first title and first Finals MVP in 2014.

He grew into one of the best players on the planet and belongs right up there along with James and Brooklyn Nets star Kevin Durant.

Come playoff time, Kawhi is a man on a mission. The size of his hands help him dunk, cross you over, snag a rebound, swipe a steal and get a bucket when his team needs it. On top of that, he’s a knockdown free-throw shooter. It doesn’t matter if he’s squaring off against the Chicago Bulls or Steph Curry and the Golden State Warriors. In year three together, Leonard and teammate Paul George are still aiming to bring the Clippers their first title in franchise history.

Kawhi Leonard is a fun guy. That fun guy needs a tailor to resize his pockets.

MORE: Kawhi Leonard Protects His Family From the Limelight