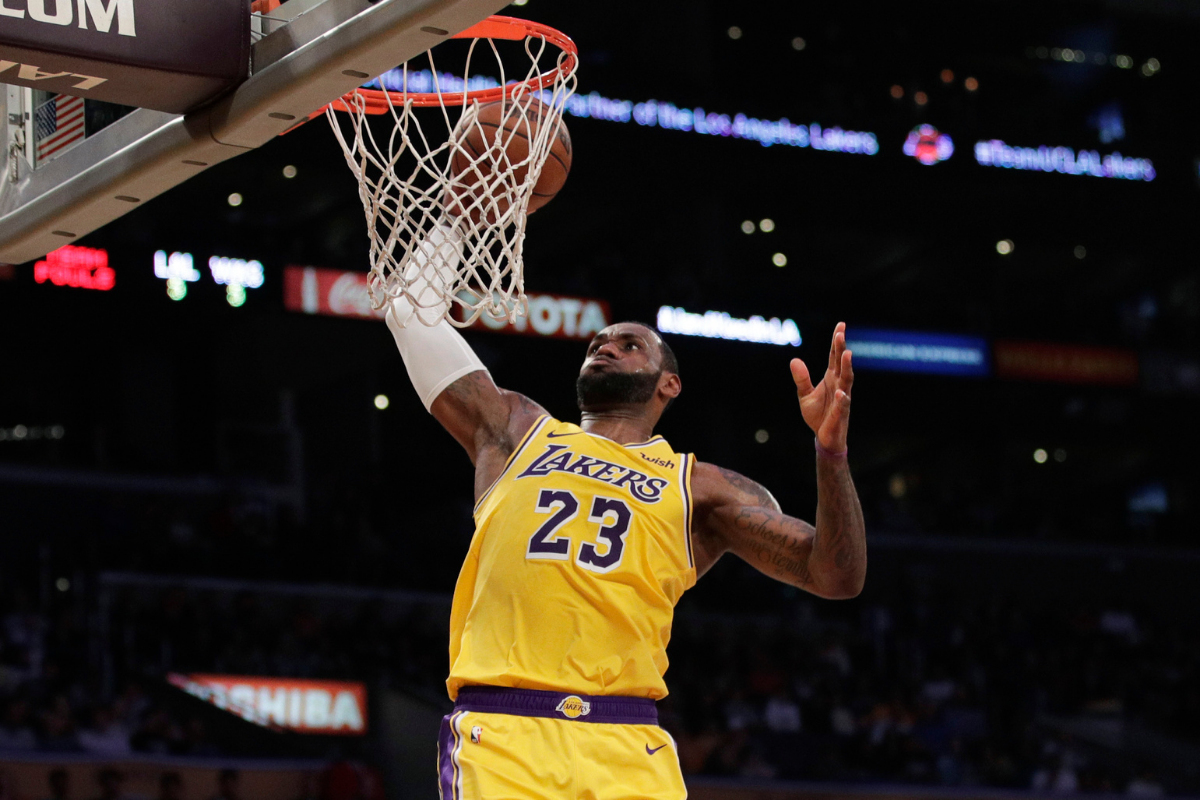 That’s the simplest way I can describe NBA Top Shot.

I was scrolling through social media one day when I saw a bunch of NBA players and media personalities follow this new account. I followed suit.

I checked out the profile and had no idea what it was. Visiting the website vaguely cleared things up.

The general concept started to click. Traditional trading cards were a relic of the past.

Moments were the future.

What is NBA Top Shot?

"Can’t I just go to YouTube for free if I want to see a Ja Morant dunk? Of course you can. You could also have your cousin in art school design a Kobe Bryant rookie card for you in Photoshop."

The Future is Now with NBA Top Shot (via @SLAMonline)https://t.co/3ZW8xl4YCX

RELATED: Zion Williamson Rookie Cards Are Now Worth Over $100,000

Top Shot is an online-only marketplace where NBA fans can buy, sell, and trade highlights. These moments are strictly digital commodities with its own stock market, equivalent to cryptocurrency.

In contrast with physical trading cards, these virtual moments are a specific play ? for instance a Luka Doncic assist or a LeBron James dunk. The digital asset features the NBA highlight, the final score of the game, the player’s box score from the game, a player profile, and season averages.

The first question that came to my mind was why can’t I just watch this play on YouTube for free? Think of it as a piece of art. You can go online and print out a Picasso painting, but it’s not certifiable.

?I get to enjoy knowing I own my Maxi Klieber dunk Moment, along with knowing the serial number and much more. Some people might complain that I can get the same video on the internet anywhere any time and watch it. Well guess what, I can get the same picture on any traditional, physical card on the internet and print it out, and that doesn?t change the value of the card.?

?When I want to sell the card, NBA Top Shots offers a marketplace I can sell it in, which by virtue of the site being created on Flow BlockChain offers me the ability to see every Maxi card being offered, the serial number, its price and more. All the foundations required for a consumer friendly, efficient marketplace.?

Top Shot moments are officially licensed by the NBA, so the moment you receive is yours and comes with a unique serial number.

ICYMI: In tandem with the @NBA & @TheNBPA, we announced the 2021 #NBAAllStar Rising Stars roster on NBA Top Shot🌟

That’s where blockchain technology comes in.

Blockchains are databases that transparently track ownership of a product. It’s a transaction ledger that allows you to see who owns it, how many are in circulation, and how much the owner paid for it. All this is accessible through Top Shot, which certifies authenticity.

Let’s say someone sells you a Damian Lillard rookie card. For all you know, that card could’ve been made in some guy’s garage. There isn’t a universal system to track the credibility. Blockchain diffuses this problem.

Moments are divided into five tiers:

Similar to trading cards, these moments can range from under $10 upwards to hundreds of thousands depending on the rarity. New trending moments, from last month or maybe even last week, are issued through pack drops.

Top Shot has revamped sports cards for the future. No longer will fans be on the hunt for rookie cards, but rookie digital collectibles.

The NBA is a pioneer in the digital collectible business. Rock band Kings of Leon is following by releasing its new album as a non-fungible token (NFT). Other sports leagues are sure to get in on the action.