Dan Marino is right up there with the great quarterbacks in NFL history. He may not have a Super Bowl ring like Tom Brady, Drew Brees or Peyton Manning, but his more than 60,000 passing yards and 420 touchdowns speak volumes to his illustrious career.

The Pittsburgh native became a First-Team All-American at the University of Pittsburgh, where he solidified his first-round pick status in the 1983 NFL Draft. Marino then quickly blossomed into an elite quarterback, breaking numerous passing records, winning MVP and taking the Miami Dolphins to Super Bowl XIX against Joe Montana's San Francisco 49ers during the 1984 season.

Marino was exciting for plenty of reasons. He wasn't afraid to break out a fake spike when no one expected it. His commercial from the 1980s showed how hilariously care-free he was off the field.

The 59-year-old Pro Football Hall of Fame quarterback has revealed little about his personal side and family life, however, and that might be for good reason: He once had an affair and a secret love child with a co-worker when he worked for CBS. Despite this, he's apparently kept his wife and children close throughout the years. 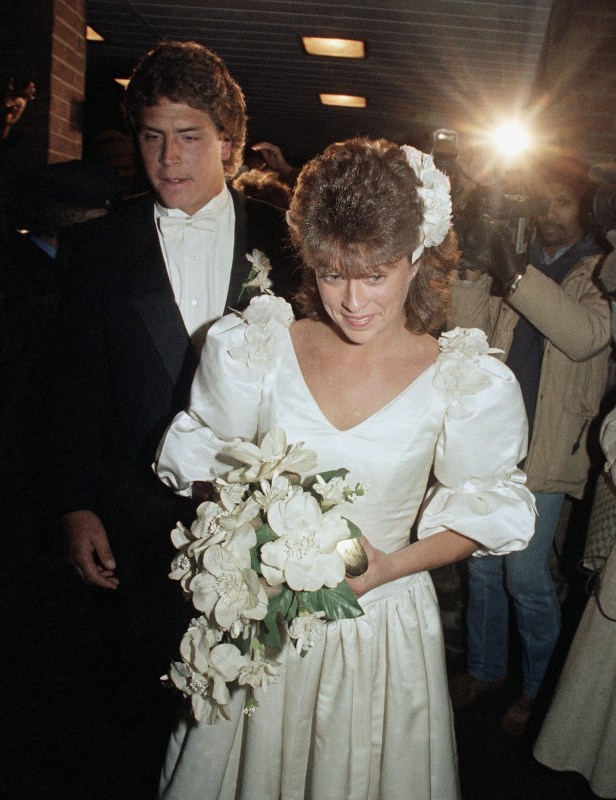 Dan and his wife Claire Marino got hitched back in 1985 when he was still a youngster in the NFL.

There's not much info out there about her other than that the two of them started the Dan Marino Foundation when their son, Michael, was diagnosed with autism. The foundation has raised more than $80 million to "empower individuals with autism and other developmental disabilities" since 1992.

In 1998, they built the Dan Marino Center at the Miami Children's Hospital in Florida.

"He's an example for a lot of families and a lot of people. He's one of the reasons we were able to start our foundation and make a difference, because we want to help other families and get opportunities for them, like Michael had," Dan told The Today Show in 2005.

Dan has kept his wife and children out of the spotlight for many years, and they live their lives accordingly so.

Michael, who was diagnosed with Autism when he was younger, was arrested in South Florida on DUI charges in 2018 while he was working as a professional DJ under the name "DJ One Trey," a nod to his father's No. 13 jersey.

Alexandra goes by Ali Claire Marino and is a fashion stylist based in New York. Their other children live life out of the spotlight, which is why there isn't a whole lot of info on them.

Daniel Marino, however, gave a moving tribute to his father and mother at his Hall of Fame induction ceremony.

"My father has made a lot of smart decisions on the field but I believe his smartest decision he's ever made was one he made off the field. He chose my mom. Together, they have shaped me and my family in such a meaningful and positive way," he said during the speech. "And, so rarely do you find parents so willing to give you everything in return only their children's happiness. My parents will belong in me and my siblings' personal Hall of Fame always for that."

Marino Had An Affair & Secret Love Child in 2005

Dan Marino put his marriage and relationship with his family in jeopardy when news broke in 2013 that he fathered a "secret love child" with a woman named Donna Savattere.

The former Miami Dolphins quarterback was working as a pregame show analyst for CBS' "The NFL Today" since 2003 and reportedly began a fling with Savattere, who was a 35-year-old production assistant at CBS Sports in Manhattan at the time.

Once their daughter, Chloe, was born in 2005, Marino reportedly paid the CBS employee millions of dollars to keep the affair and baby quiet and she moved to Texas as part of the deal they had. Marino met with Chloe periodically over the years, however.

The New York Post didn't report the bombshell story until eight years later. Marino then admitted to his infidelity.

"This is a personal and private matter. I take full responsibility both personally and financially for my actions now as I did then," Marino told The Post in a written statement at the time. "We mutually agreed to keep our arrangement private to protect all parties involved."

Marino had been married to Claire for 20 years at the time of the affair and reportedly told his wife about it. The two worked to keep their more-than-20-year marriage intact. That should tell you all you need to know about how strong a bond he, his wife and his family have.

"My wife and I have been married for almost 30 years and have six children together," he wrote on his 28th wedding anniversary. "And we continue to be a strong and loving family."

CBS decided to keep the former standout football player on its broadcast. The news dropped right before the Baltimore Ravens and San Francisco 49ers squared off for Super Bowl XLVII.

"Dan has said all there is to say on this matter, and will be in his usual role on our broadcast Super Bowl Sunday," CBS said in a statement at the time.

Marino isn't the first high-profile quarterback to have a scandal of this magnitude. Brett Favre dominated headlines for his lewd actions toward Jenn Sterger. As far as a secret baby...Marino might be in a class by himself.

Where is Donna Savattere & Her Daughter Now?

Savattere moved around after she called Texas home. She moved back to New York and spent time in the Upper West Side and the Hamptons before reportedly moving to London to live with her husband, Nahill Younis, whom she met in the Bahamas in 2009. She and her teenage daughter changed their names to Donna Younis and Chloe Younis, respectively.

Now, you can find Donna on social media. Her Instagram is set to private, though, so good luck find anything about her in 2020.