The popular sitcom "The Office" premiered in 2005 and was famously based in Scranton, Pennsylvania. Scranton was also home to the Triple-A affiliate of the Philadelphia Phillies until 2006, but since then, the New York Yankees moved into town. We could spend hours on how absurd it is they never mentioned that Dunder Mifflin had an employee named Ryan Howard while his namesake was mashing homers for the Phillies, or that Regional Manager Michael Scott is somehow a Pirates fan, which should make him and Darryl Philbin mortal enemies. But that's not why we're here.

Actually, let's talk about this. There's no real mention of any college sports teams despite Pennsylvania's incredible menu of options. Instead, the only college team is Cornell, which is the Ivey League school that Andy Bernard attended. Pam Beesly laments to the office that her ex-fiance Roy left her at a minor league hockey game on their first date, which has to be a Wilkes-Barre Penguins reference. That's the minor league hockey team whose jersey Dwight Schrute buys for his boss.

And lastly, a moment about Ryan Howard. Jim Halpert, who is a big-time sports guy and founder of Athlead, never once mentions this. Neither does Kevin Malone, Meredith Palmer, Phyllis Vance, Creed Bratton, Stanley Hudson, Holly Flax, Toby Flenderson or any other office worker at the Scranton branch, mention the Phillies slugger or the team's 2008 World Series win.

On December 6, 2005, the show aired its best episode ever (not debatable) called "The Christmas Party." This episode is so good they tried to duplicate its success with SIX more Christmas-themed episodes throughout the series. What does this have to do with sports? Glad you asked!

The Trade that Rocked Dunder Mifflin

Darryl from The Office is terrible at fantasy football.

This is something that has always bothered me. Who trades a star RB for defense?!?!

In 2005 (when this episode aired), Shaun Alexander rushed for 1880 yards and 27 TDs! I?m guessing Darryl lost some money that season. pic.twitter.com/WZx5M78xIM

During this episode of one of the greatest TV shows of all-time, two characters, Dunder Mifflin Scranton warehouse foreman Darryl "Dinkin Flicka" Philbin and his co-worker Roy, discuss the fantasy football league we assume they are both involved in. They discuss a trade that has been plenty reviled among fans of the show/fantasy football players. If you watch the scene, the subtitles are as follows:

Roy: I lost (Daunte) Culpepper and TO (Terrell Owens), it was over, man.

Darryl: Oh yeah, I need McNabb* and Deion Branch to have big games or else I'm done.

Darryl: I had to, I needed defense.

Roy: Come on! Shaun Alexander? He's the best back in the league!

Darryl: It is worth it.

Darryl: Are you kidding? You wait.

*We'll come back to this. 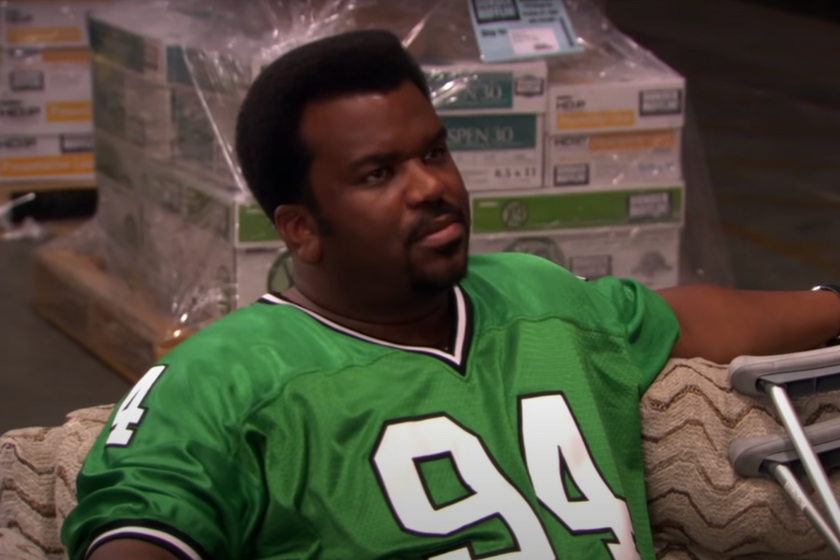 This exchange leads the audience to believe that Darryl, played by Craig Robinson, is easily a very bad fantasy football player. Trading a top running back for a defense is completely inexcusable, but if we really look at the details, it's even worse.

Before we dive in, let's set up some ground rules for how we're going to evaluate this. We are moving forward saying:

The trade being done so late in the season is unique as most leagues have deadlines much earlier in the season. However, Roy and Daryl work in the Dunder Mifflin Paper Company warehouse and spend every day together. It is far more believable their league has no trade deadline than it is to accept these two wouldn't address such a massive trade for weeks.

Also, it's very disheartening that Michael would come to Darryl for help in the episode "The Negotiation," as the Scranton Branch manager works to get a raise. But this also would not be the first time Michael made a terrible decision.

Even if this was an improv moment for the two actors, it really is a prank on the viewer who has to sit there and watch two men careen toward fantasy football disaster. And this is the man who leads the warehouse's safety training?

RED FLAG #1: Darryl Traded the No. 1 Player in Fantasy Right Before the Fantasy Playoffs Began 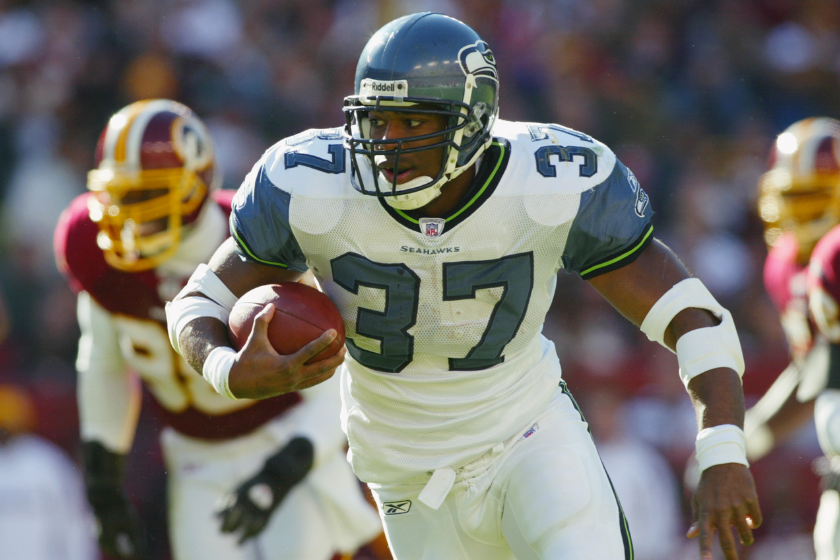 RELATED: Shaun Alexander's 5 Touchdowns in One Half is Still an Insane NFL Record

Roy was correct when he said Alexander was the best back in the league. Here's how Alexander's stats looked through the first 13 weeks of the 2005 season:

This is really good. For comparison, Austin Ekeler was the second-highest scoring RB in standard scoring in 2021, and he had 276 points for the entire season! 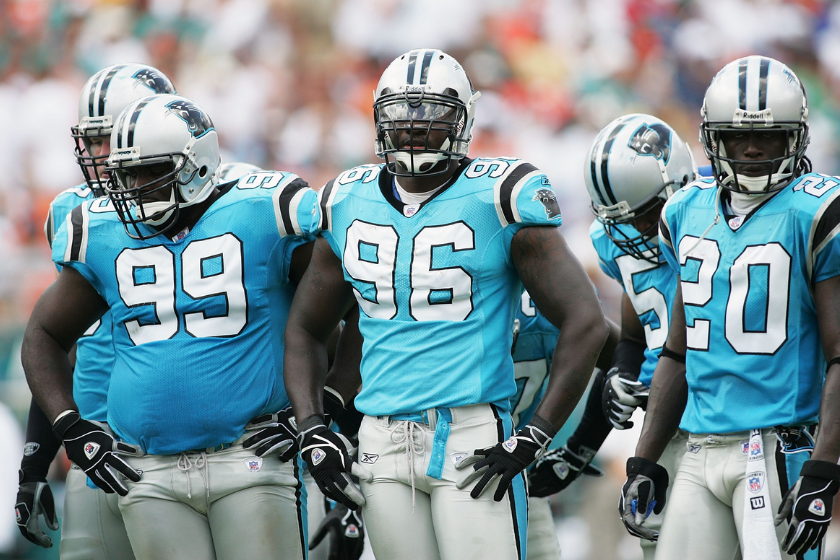 Let's say it's a worst-case scenario for Darryl here where every other team has two defenses better than his. Well then, he'd be looking at the Arizona Cardinals with 107 points, meaning a best-case trade for Carolina would still be worth ~2.5 points a week. Terrible.

The trade was bad, but his other comments need to be looked into too! 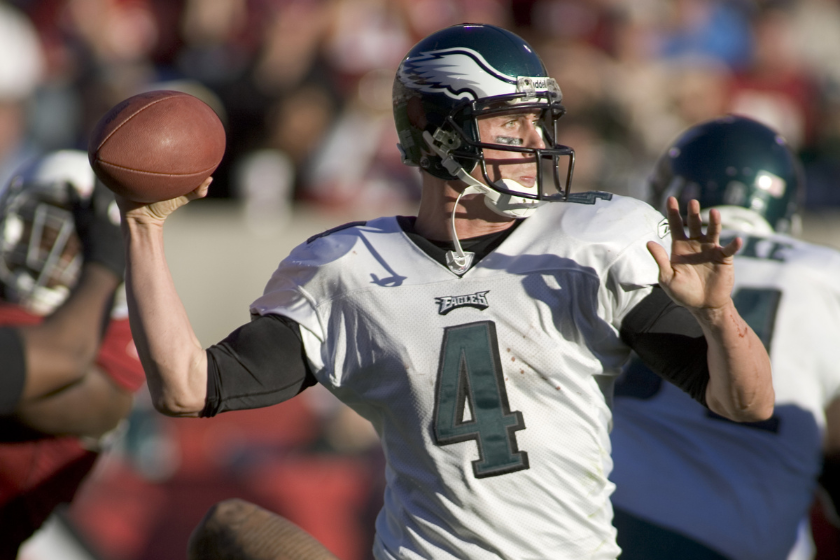 RELATED: Donovan McNabb Believes He Belongs in the Hall of Fame

This might be too deep but stick with me for a minute.

The subtitles for "The Christmas Party" episode have Darryl saying, "I need McNabb and Deion Branch to have big games or else I'm done." But the problem is Donovan McNabb played his last game of the 2005 season on November 14. This was nearly a month before the episode aired.

And if you listen closely to the episode's audio, Darryl clearly says "McMahon" not McNabb despite the subtitles.

And what does this mean? Darryl is such a Philadelphia Eagles fan that instead of ANY other quarterback in the league, he just rolled with the Eagles new starter to be his QB. McMahon was the 26th best QB in Week 14 when Darryl said he needed a big game by the way.

As for his other player? 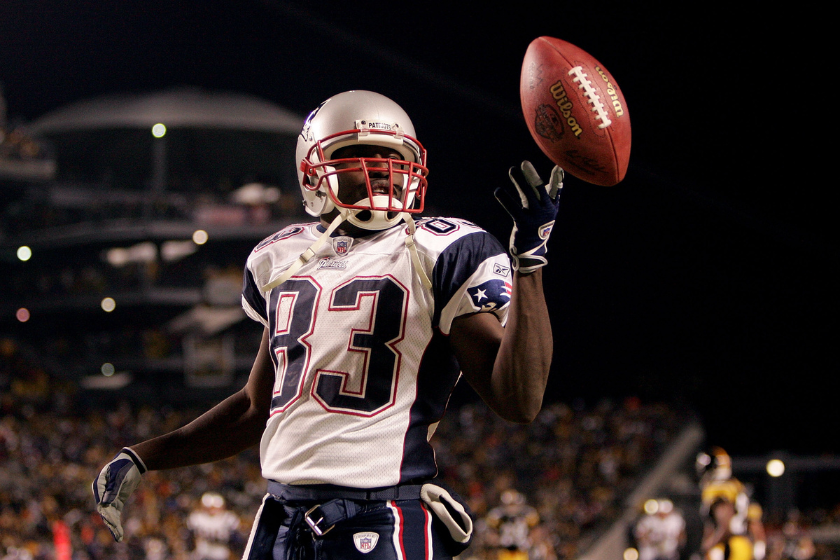 Darryl loves the Eagles SOOOOO so much that he drafts their QB and then rolls with the team's backup in fantasy when McNabb gets hurt. Fine. But how can he defend also drafting the previous Super Bowl's MVP whose team defeated the Eagles?

New England Patriot Deion Branch was a very good NFL wide receiver. He was not a great fantasy option, and Darryl aligned himself with the enemy for nothing. Also, a "big game" in fantasy from a WR in standard scoring is 15 points or more (don't look that up, it's true).

In 2005, Branch scored more than 15 points just twice in the first 13 weeks of the season. Despite having the No. 1 fantasy QB in the league in Tom Brady, Branch did not rise up the WR ranks in the same way. Branch finished the season as the No. 22 WR.

And you want to work at a sports company...

Things worked out well for Darryl as when the show ends, he works in Philadelphia for a sports company (is that right? I think it is, but man those last few seasons are ROUGH). However, we have to assume he didn't list any references from his fantasy football league on his application. He made one of the worst trades in fantasy history and is likely one of the worst fantasy football players of all-time.

Don't believe us? Go check out "The Office" on Netflix or NBC's Peacock or whether it is nowadays. Heck, it could be on Disney+ for all we know at this point.