After Jerry Jones’ Diss, Ezekiel Elliott Heads Back to Mexico 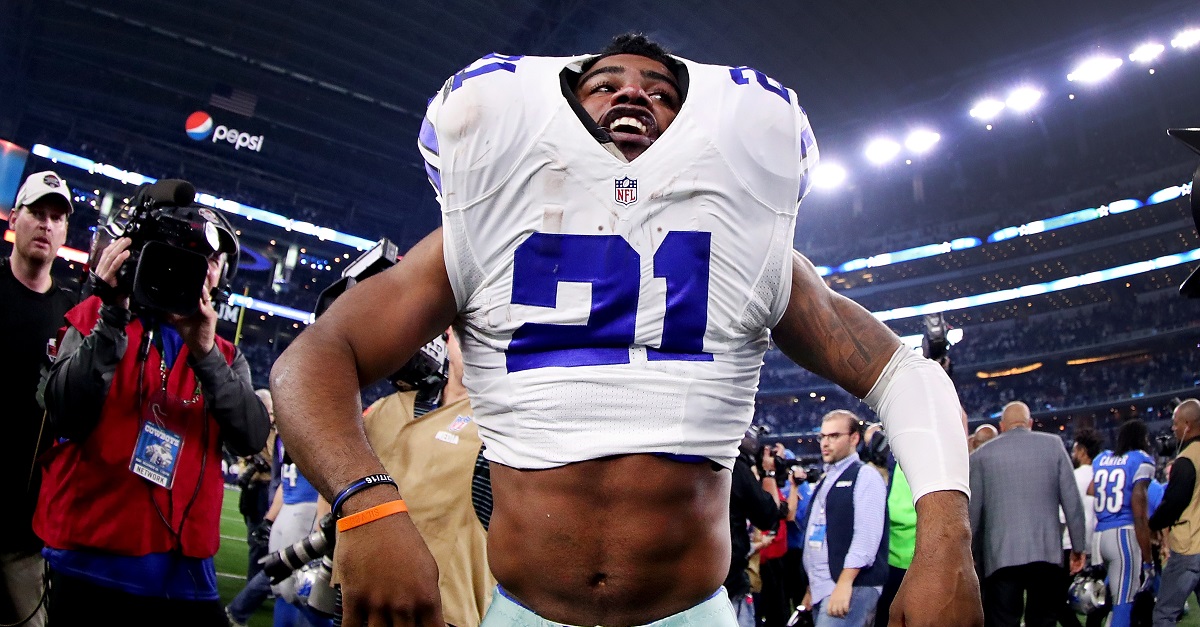 Off the field, the business aspect of the National Football League is equally as important as scoring touchdowns on it. Although not as glamorous, figuring out how to fit contracts of elite NFL stars under the league’s salary cap ? every team can spend up to $188.2 million in 2019 ? is as tricky as ever. That’s especially true for running backs, a position that’s been losing value in recent years thanks to the pass-happy revolution of the game.

But for a few players, like Dallas Cowboys running back Ezekiel Elliott, the Hall-of-Fame caliber talent he brings is the ultimate bargaining chip. Since 2016, only four times has a player averaged more than 90 rushing yards per game for an entire season. Three of them are Ezekiel Elliott.

The first-round pick (No. 4 overall) of the 2016 NFL Draft is a game-changing player with the ball in his hands, and Jason Garrett’s team wins as a direct result of Elliott’s success. In the 28 games Dallas has won with Elliott on the field, the former Ohio State Buckeye averages 112.6 yards per game. In the Cowboys’ 12 losses, Elliott averages just 74.6 yards a game.

Elliott, just like Los Angeles Chargers running back Melvin Gordon, is holding out of Cowboys camp in the hopes of getting a new contract. Elliott still has two years remaining on his rookie deal and stands to make $7.9 million this year in salary and signing bonus money, plus another $9.1 million in 2020.

Sadly for Cowboys Nation, a new deal doesn’t appear close. Owner Jerry Jones’ priority is locking down quarterback Dak Prescott, who’s expected to make around $30 million per year on his new contract. Even sadder news for everyone wearing the star in Dallas, Texas is hearing where Elliott is at while everyone else sweats at training camp in Oxnard, California.

According to 105.3 The Fan’s Kevin Turner, Elliott headed to Cabo San Lucas for a little late-summer getaway in Mexico. Pro Football Talk reported that Elliott is traveling there to continue offseason workouts, however.

BREAKING: I don’t normally dabble in the breaking news field, and this might not even qualify, but a source tells me Zeke is headed to Cabo. #ZekeWatch.

On top of Prescott’s deal, making sure 25-year-old wide receiver Amari Cooper gets his long-term deal done takes precedent over Elliott. The stats might be on the running back’s side, but in today’s NFL where the “running back by committee” philosophy is used by almost all 32 teams, Elliott’s contract extension might not come for a while, hence his Mexican sabbatical and training camp holdout.

A six-game suspension in 2015 after domestic violence allegations, plus an offseason scuffle in Las Vegas this year, caused the hesitance to extend his four-year rookie deal. Elliott’s holdout is as much a reflection of his perceived personality as it is about finding the money to pay him.

To be sure, when Zeke finally gets paid, he could surpass the Rams’ Todd Gurley and the Jets’ Le’Veon Bell as the NFL’s highest paid running back. The only question is if that actually comes as a member of the Dallas Cowboys.

UPDATE: After Dallas’ preseason win over the Los Angeles Rams, owner Jerry Jones made a joke that insinuated the Cowboys didn’t actually need Ezekiel Elliott at all.

It drew a few laughs but neither @EzekielElliott nor agent Rocky Arceneaux found @Cowboys Jerry Jones' quip "Zeke who?" as amusing. Arceneaux: "I didn't think it was funny and neither did Zeke – we actually thought it was disrespectful."

After rookie Tony Pollard rushed for 51 yards and a touchdown, Jones was asked if Pollard’s play would actually help him in negotiating with Elliott and agent Rocky Arceneaux.

“Zeke who?” Jones said through a smirk, adding he was just joking.

Arceneaux responded, saying he and his client weren’t laughing. “I didn’t think it was funny and neither did Zeke. We actually thought it was disrespectful.”

The Fort Worth Star-Telegram confirmed that following Jones’ diss, Elliott headed back to Cabo San Lucas, where he figures to remain until, and if, he gets a contract extension from the Cowboys.

However, linebacker Jaylon Smith received a five-year, $64 million contract extension with $35 million guaranteed on August 20. It’s clear that Dallas isn’t wasting time setting up for the future, but whether Elliott is a part of that or not remains to be seen.