Love him or hate him, we all know broadcaster Joe Buck's voice from a mile away. Whether it be the Super Bowl, World Series, U.S. Open or Thursday Night Football NFL games, the Fox Sports sportscaster and lead play-by-play announcer is as recognizable as any other sports media personality. Tom Brady is to football as Joe Buck is to sports broadcasting.

The son of legendary broadcaster Jack Buck has taken home numerous Sports Emmy Awards for his work in the booth. The 52-year-old play-by-play announcer born in St. Petersburg, Florida, got his start calling play-by-play for a minor league baseball affiliate of the MLB's St. Louis Cardinals before Fox hired him in 1994 at the young age of 25.

We used to see his face every Thursday night alongside Troy Aikman and Erin Andrews, but now Buck will become of the iconic voices of Monday Night Football as he and Aikman take over the booth. But many NFL fans might not know details of his personal life. For example, he's been married twice and has four children, two to each woman.

Apparently, he has an affinity for NFL cheerleaders. 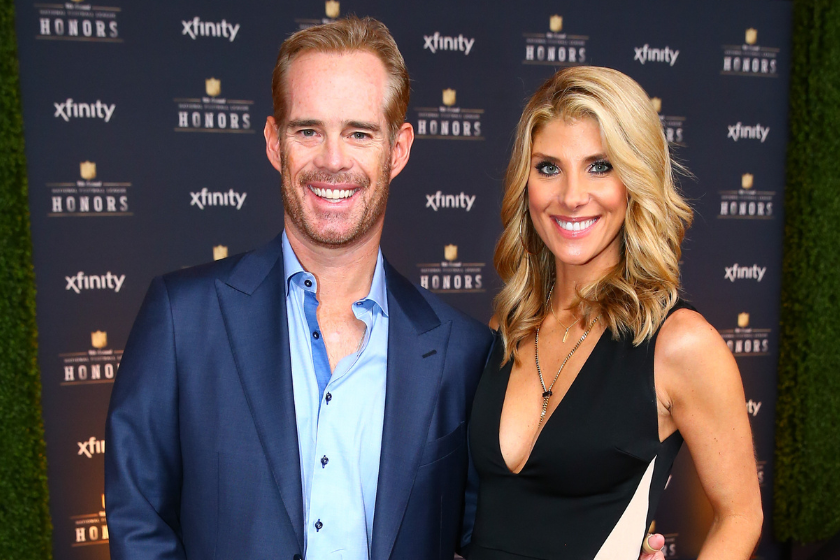 Joe Buck is married to reporter Michelle Beisner-Buck, who has crafted out quite the broadcasting career herself.

Before working at NFL Network, ESPN and ABC, she spent time on the Speed Channel, Altitude Network, NBC, CBS, Fox Sports Net and for professional teams like the Denver Nuggets, Colorado Avalanche and Colorado Mammoth. Most notably, she worked as a feature reporter for "The Best Damn Sports Show" and co-host of "The Vista" on Altitude Network.

Michelle was born in Denver, Colorado, where she went to high school and attended Metropolitan State University of Denver. She studied communications and was a member of the Denver Broncos Cheerleaders while still in college, according to Mile High Sports.

"It was the greatest six-plus years of my life," Michelle Beisner-Buck told Mile High Sports. "It made me accountable. It made me respectful. It's humbled me. It made me a better woman, a better person. There's a sad and unfortunate misconception that goes along with being an NFL cheerleader. I thoroughly enjoyed week after week, year after year of breaking down that stereotype."

Years later, she found her first and only husband through a co-worker.

The story of how these two lovebirds met is actually a pretty funny one.

NFL Network's Rich Eisen played cupid by calling to tell Beisner in Fall 2012 that a friend of his wanted her number. According to the story told by The Ringer, Beisner was dreading Eisen saying one name in particular, someone she thought back then looked "smug" and "arrogant."

When the 2013 Super Bowl rolled around, Beisner was single and apparently succumbed to Joe Buck's incredibly irresistible and charming personality. They tied the knot in 2014 in Cabo San Lucas. In attendance was former Dallas Cowboys quarterback and broadcast crewmate Troy Aikman, per Bleacher Report.

It appears her stance on him has changed quite a bit since 2012.

"To our hero and best friend.....we love you so much. THANK YOU. For everything. Happy Father's Day to the [goat emoji] - Ohhhh, and Thx 'Puppy Larry' for making an appearance in our pic," she wrote on social media in 2020.

When news broke in September 2020 that Joe Buck was joining his father in the Pro Football Hall of Fame, there wasn't anyone prouder than his wife.

"I have never been more proud!!!!! Congratulations to YOU @joebuck - I am a puddle of happy tears over here. What an extraordinary gift knowing that you will join your Father, Jack as the first father-son duo in the @profootballhof - Take a bow babe. My Goodness, there is NO ONE more deserving than you. I love you so much!!!!!" she wrote on Instagram.

The next month, Joe Buck served as the play-by-play announcer for the 2020 World Series won by the Los Angeles Dodgers.

Joe and Michelle have two children together.

She gave birth to twin boys, Wyatt and Blake, in April 2018. During the coronavirus pandemic that ravaged the United States (and world), the entire family spent a bunch of COVID-19 quality time together, from what we can tell looking at Michelle's Instagram account. The family reportedly resides in St. Louis, Missouri. 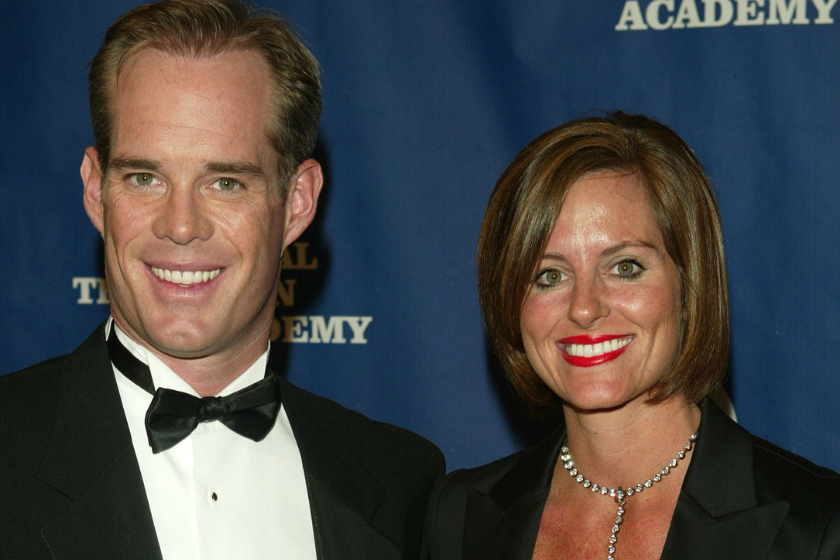 Buck's marriage to Beisner wasn't the first time the golden voice of American sports walked down the aisle. In fact, Buck has been married once before exchanging vows with his current wife.

The sports announcer's first wife is Ann Buck, who went by Ann Archambault before marrying Joe in 1993. The best part is that Ann was reportedly an NFL cheerleader as well, according to Heavy.com.

While the two split up after 18 years, they had two daughters together -- Natalie Buck and Trudy Buck. They divorced in 2011 and Joe quickly moved on from his ex wife, because he married Michelle a few years later.

MORE: Tony Romo Married a Beauty Queen & Had 3 Sons With Her